The AutoZone Liberty Bowl awarded future NFL Hall of Famer, Payton Manning with the distinguished citizen award over the weekend. 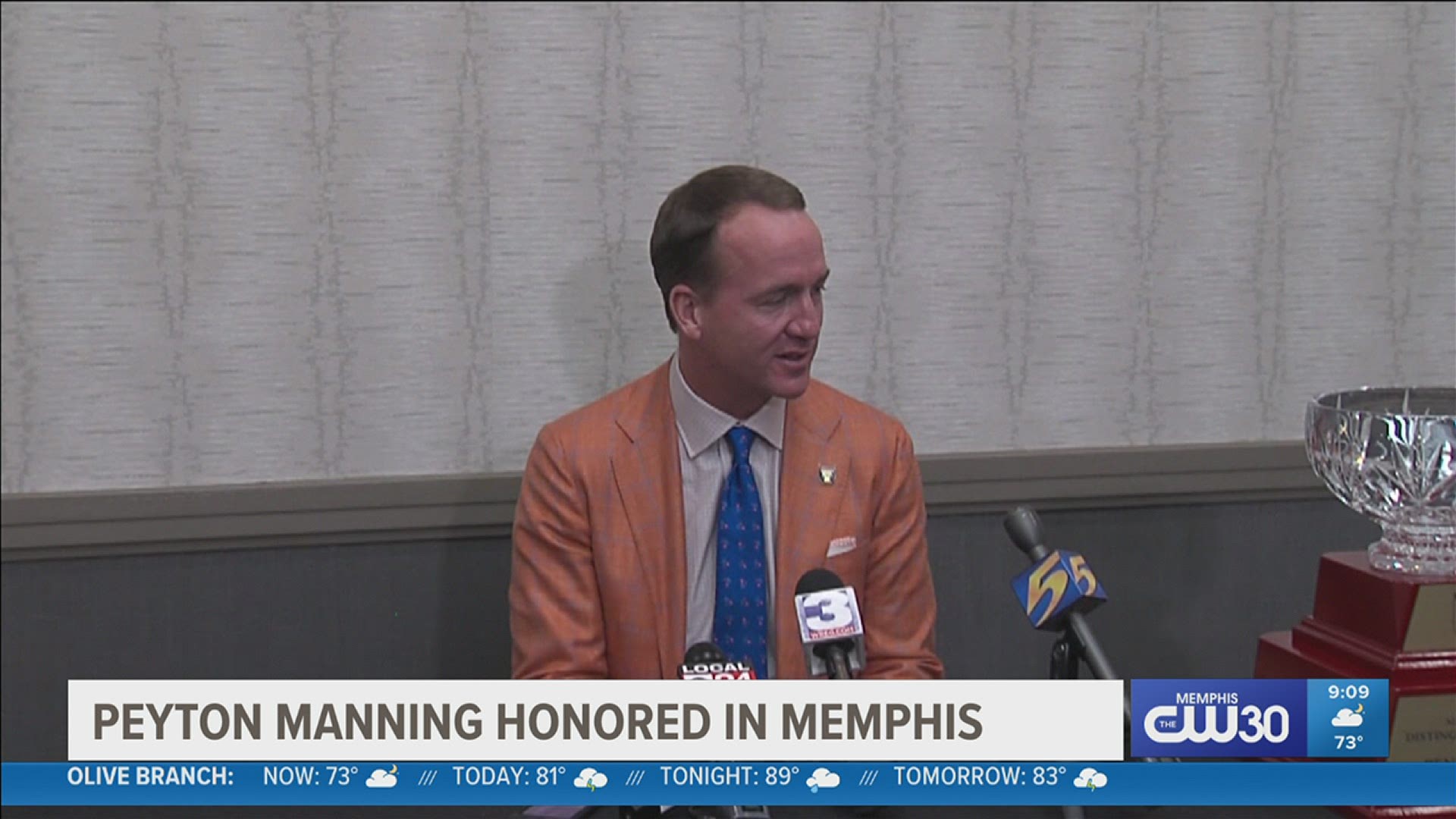 MEMPHIS, Tenn. — One of the NFL's best quarterbacks made a trip to the bluff city this weekend.

He joined the likes of Dick Vitale, Priscilla Presley, and Fred Smith.

While accepting the award for being a prominent citizen, he named a few more reasons why it's important to him saying,

"It has a lot of connections for me, my father's won this award before, one of my old coaches Tony Dungy has won this award. I was telling Harold, I think my dad used this line a couple of years ago, anytime you win an award that Elvis Presley won, I think that's pretty cool."

Manning also mentioned how happy he was to be in Memphis, adding he and his children watched the grizzlies closely in the playoffs. He said they almost took a trip to Utah to catch a playoff game, if only it was a little closer to Denver.

He added, his son is very picky about the jerseys he pins up on his bedroom wall. In company with Tyreek Hill and Patrick Mahomes, is Memphis' own NBA star Ja Morant. The only NBA jersey he named.

Morant later took to Twitter to show his appreciation.