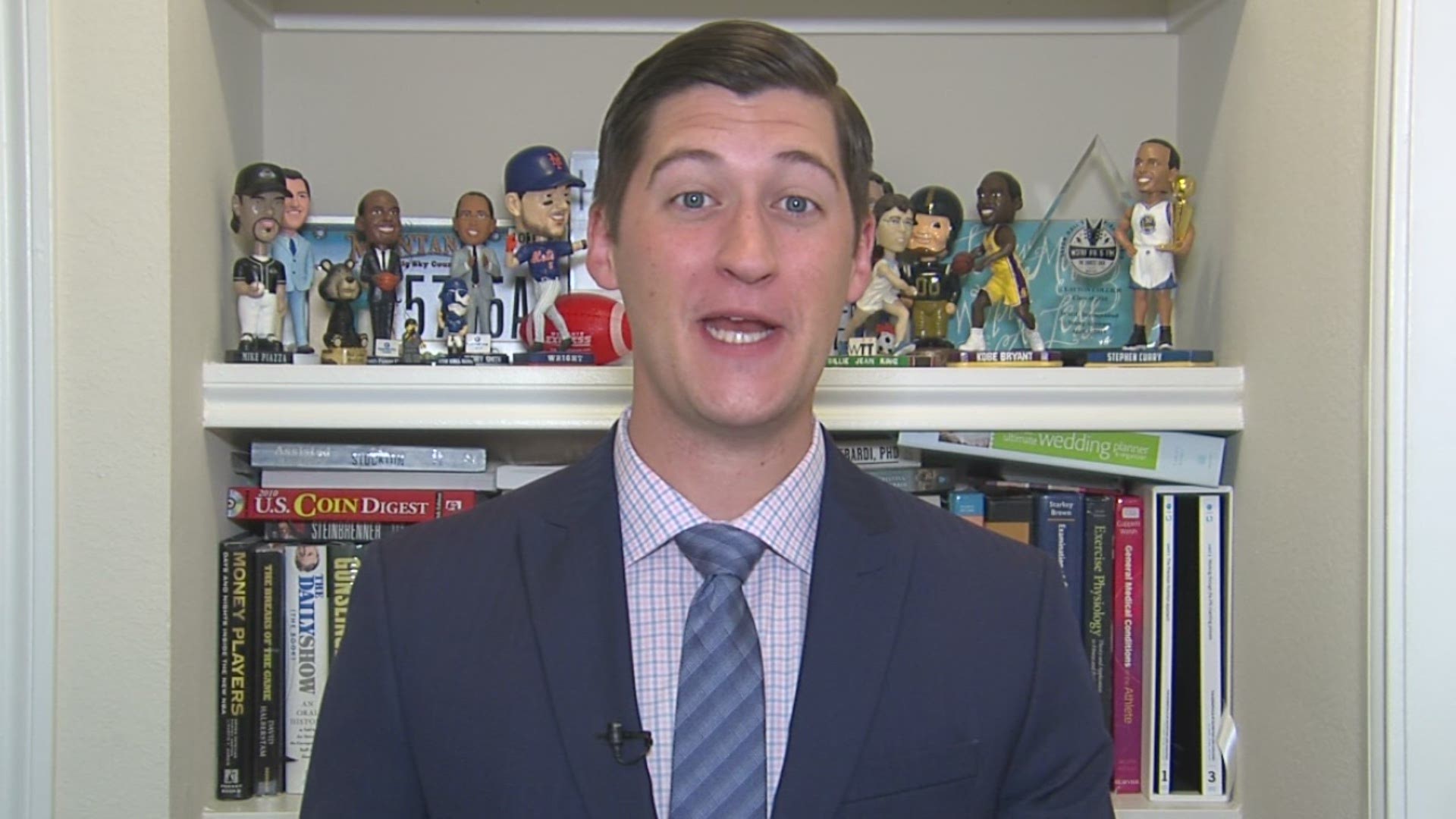 MEMPHIS, Tenn. — This is a stressful time to be a high school football player.

"It's just tough because you don't want to think about stuff you can't control," said Harrison Wilkes, a senior lineman at Houston High School.

But how can you not? With the fate of football season in limbo, players like Wilkes, who missed his junior season with a torn rotator cuff, could face challenges in getting recruited.

"All we've been doing is working out, and having a positive attitude and saying 'yeah, we're going to play.'"

While the TSSAA contemplates options, others are taking immediate action. Wilkes will be among 45 local athletes taking part in a combine this weekend. Shabazz Fitness owner Raheem Shabazz, CSCS, is hosting the free event.

"A lot of coaches aren't travelling, and they're trying to find the best way to evaluate kids," Shabazz said. "I feel like a lot guys are trying to capitalize on it by charging kids and I didn't think that's right, so I decided to put on a free event, make sure it is safe and spread out, so they can still take advantage of it."

RELATED: The Mid-South's best athletes go to this guy to train, and you can train with him at home

Memphis, Ohio State, Florida State, and Michigan State are just some of the more than 20 schools who have requested either video and/or stats from Saturday's combine, giving major DI visibility to players who otherwise may not get the chance.

"With or without a season, to have the camp to show out, that's the really cool part about it," Wilkes said.

Many athletes, including Wilkes, have attended out-of state camps to gain recruiting exposure at the risk of COVID-19 exposure.

This Saturday's combine will take place in three sessions of 15 players, who will then be divided into groups of five to allow for minimal contact. Masks, sanitizing and social distancing are also required.

.@_KhariThompson asked @Lincdog4 how the Mustangs turned things around from his freshman year to now.

"You can't do it like everything is normal, because it's not," Shabazz said. "So what route do you take to make sure that it gets done, that college coaches still get a chance to see me? This is the route."

Shabazz said over 100 athletes reached out to him, but for safety reasons he capped this weekend's combine at 45 athletes. He may hold an additional combine in August for those who missed out.