The Titans legend will lead TSU against Deion Sanders and Jackson State in a Prime Time matchup, Sept. 11. 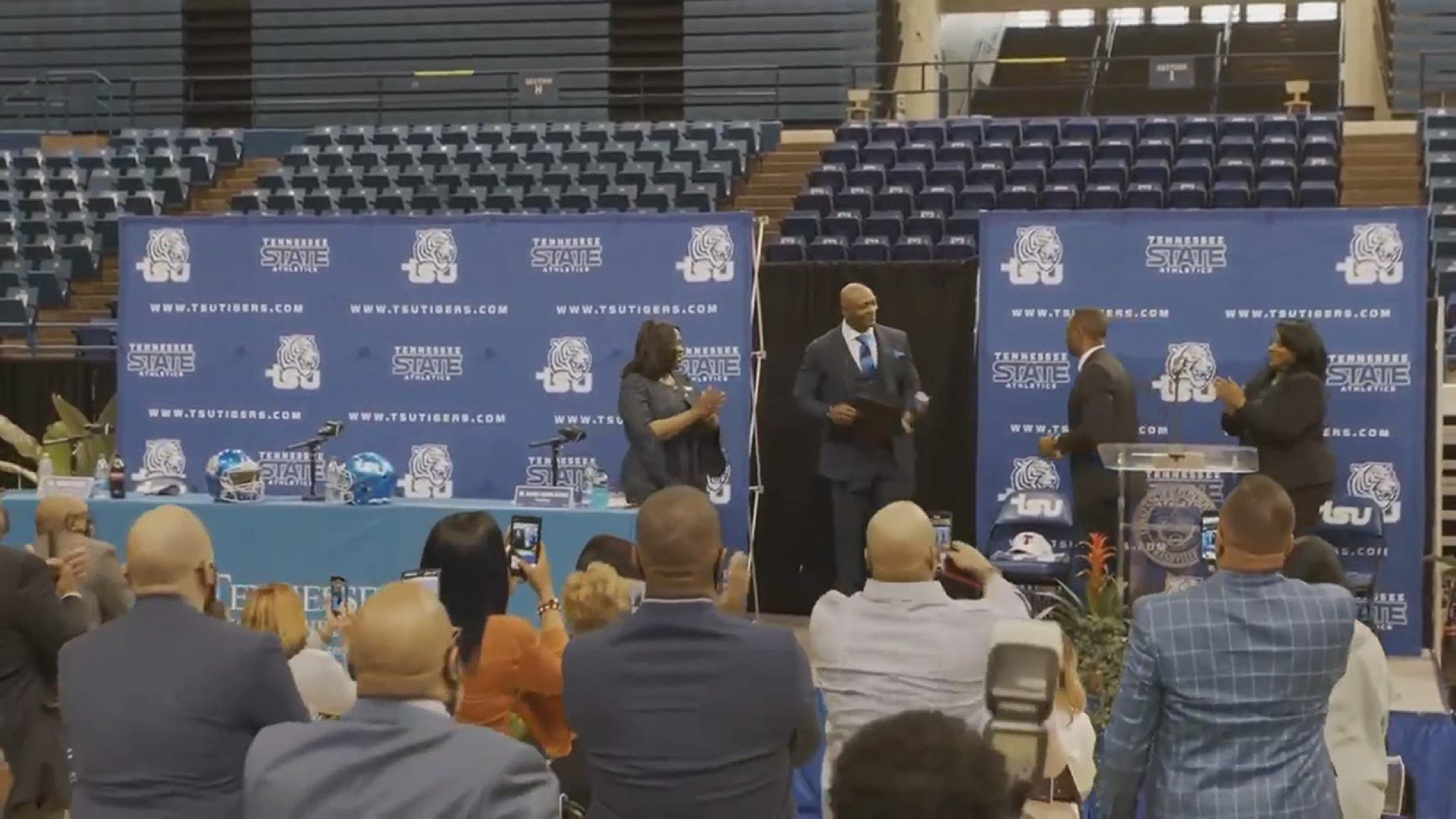 MEMPHIS, Tenn. — Responsibility was the theme as Eddie George was introduced Tuesday as the Tennessee State Tigers new head coach.

"Taking this job on, it carries a lot of weight," George said in his introductory speech. "I have some big shoes to fill. But I feel like I'm the man to get the job done."

The Titans legendary running back brings a jolt of energy to TSU. George took the stage with an understanding of what his hiring means for the university, as well as historically Black colleges and universities.

"I had to really be honest with myself and say 'Hey, can I do this?'" he admitted. "But when I really got focused and locked in, I said this is not about me, it's about something bigger than me. Leadership and being a head coach is about service, serving others. And I'm at a place in my life where I'm ready to do just that."

With Deion Sanders already bringing a Prime Time spotlight to Jackson State, the addition of George sets up a Southern Heritage Classic for the ages.

The annual event had to be canceled two of the last three seasons: in 2018 because of weather, and for the pandemic in 2020. The added attention for this year's game is a welcomed surprise.

"We've been here every year through thick and thin," he said. "The last couple years have been awfully tough to say the least. But we're still here, we still have an opportunity. I think it shows our young people that if you keep at it, some good things happen."

Jones is working with the Shelby County Health Department to determine a plan for capacity and other safety guidelines. He is taking a cautious approach to the game.

"But in the meantime, we're going to enjoy this moment," he said. "We've got Prime Time on one side, we've got Eddie George on the other side. We're going to have a grand old time at this year's Southern Heritage Classic."

Jones hopes to have tickets on sale by May 1.