"The weight of the world is off my shoulder": Ziaire Williams on how it feels to be a Memphis Grizzly

With the No.10 pick in the NBA Draft, Ziaire Williams joins the Memphis Grizzlies and is happy to call Memphis home. 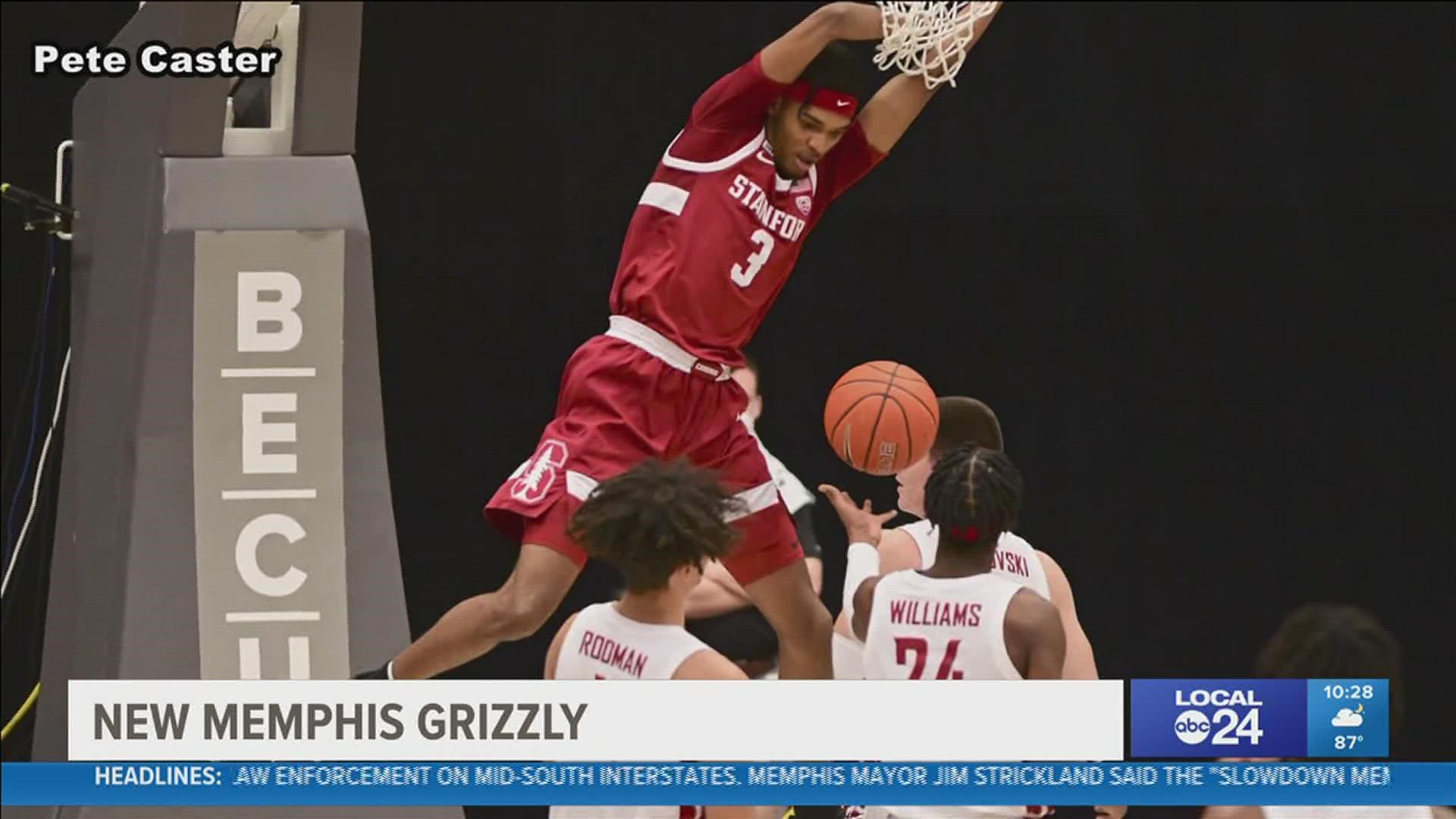 MEMPHIS, Tenn. — Ziaire Williams made his first trip to Memphis as a Grizzly on Friday.

GM Zach Kleiman says the 19-year old was worth taking a chance on.

“We’ve accomplished quite a bit for a young team already, but to maximize our ceiling, I think we just need to be honest with ourselves. We’re willing to take some risks,” said Kleiman.

The Memphis fans' chatter hints to the city wanting a shooter, but after a season at Stanford, COVID protocols kept the team from returning to campus or facilities and Williams struggled to perform at his full potential in his first and only college season.

Ziaire said on Friday he wanted to be in Memphis but wasn’t sure where he would end up until his name was called Thursday night.

“It feels like the weight of the world is just off my shoulders no doubt,” said Williams.

Head coach Taylor Jenkins made it clear that although Williams is qualified, there is some improvement needed.

But he and the GM agreed that in time he’ll be right where he needs to be.

“Sometimes you have the No. 10 pick and you want results from day one, I would say this is about the long term.

However, Kleiman says it’s Zaire's six foot nine wingspans, his shot-making, and his intelligence that will make an impact on the team.

Williams said the same thing to about the Grizzlies organization.

“I know I’m going to get there and the grizzlies are an established organization that will not only help me get there but exceed the limits I think I could reach.”

In addition to Williams, although he’s not yet in the states, Santi Aldama who Kleiman says is an all-around player will also be joining the Grizzlies soon.