What to expect at tonight's 2021 NBA Draft

Experts say to expect a lot of movement in tonight's 2021 NBA Draft as team's vie for franchise-altering players. 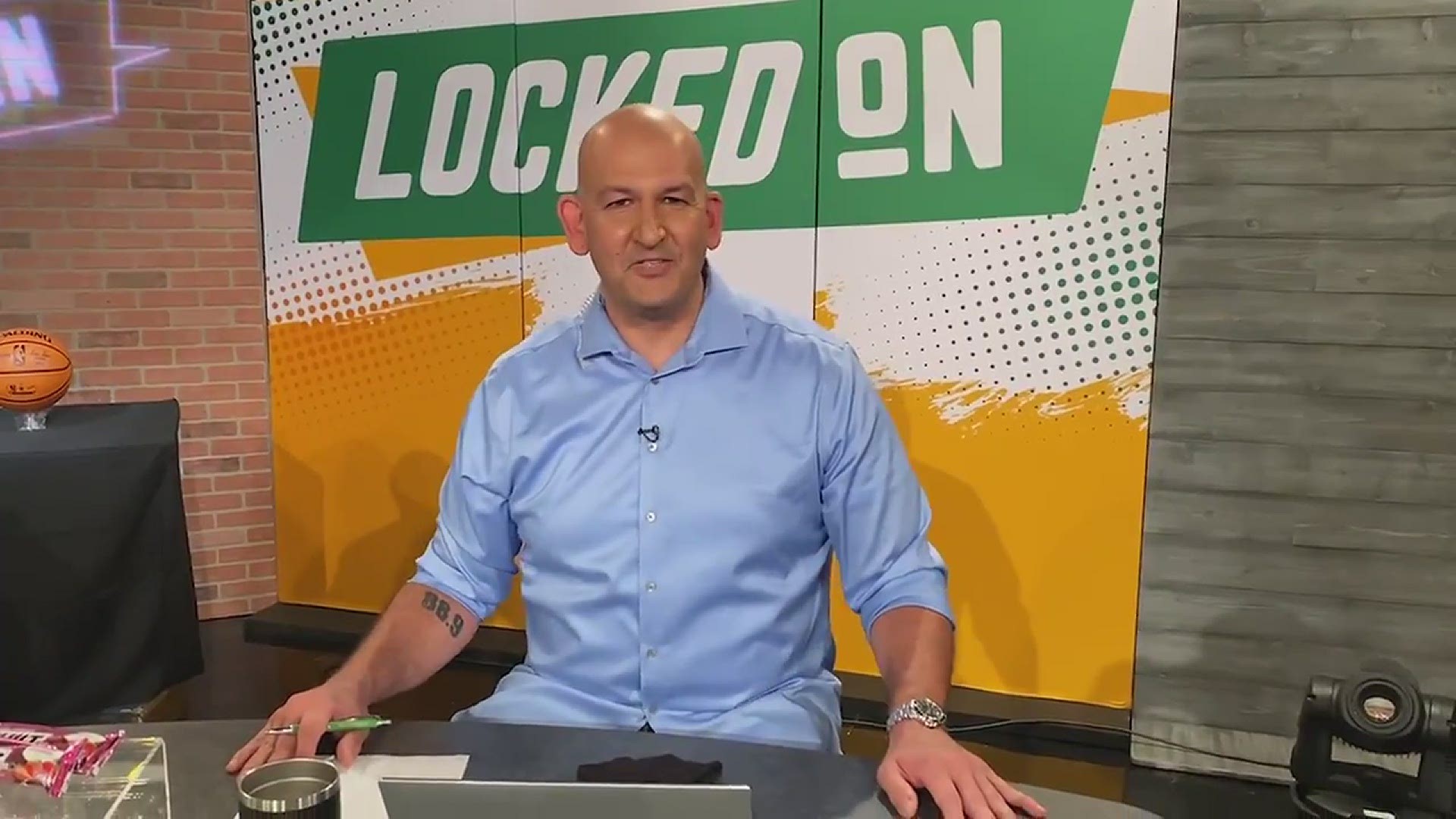 DALLAS — The 2021 NBA Draft is finally here as one of the most anticipated draft classes in recent years is set to take the stage.

The Detroit Pistons hold the No. 1 pick with the Houston Rockets and Cleveland Cavaliers next up.

SUBSCRIBE: The Locked On Today podcast hosted by Peter Bukowski gets you caught up each morning on the biggest stories in sports without taking up your free time. Listen here.

"To be honest with you, I'm more keeping an eye on who's going to be trading into what slots," Karalis said. "The Memphis Grizzlies have already made a trade. I'm looking at the Toronto Raptors with that fourth pick and kind of a win-now attitude and potentially a need to replace Kyle Lowry. What's going to happen with that fourth pick? What are the Golden State Warriors going to do with their two picks and James Wiseman?"

"We've been looking at all of this analysis and making mock drafts for all of these teams and those teams might not be drafting in those spots, so I'm really curious what movement we see," Karalis said.

The top three picks in the draft are expected to be Cade Cunningham, Jalen Green and Evan Mobley, but it's not necessarily set on who will be selecting them. The Raptors are holding onto the fourth pick and possibly shopping Kyle Lowry, plus, the Oklahoma City Thunder possibly shopping guard Shai Gilgeous-Alexander and the sixth pick.

"Oklahoma City is trying to get Cade Cunningham," Karalis said. "I feel like having gotten the No. 1 pick finally, they're just going to do the thing they're supposed to do and draft Cade Cunningham, which leaves OKC in a spot where they have a guy who is supposed to become an unrestricted free agent at the end of this season and has value and they're still trying to get into one of those top slots where you're going to get a potential multiple-time All-Star."

Listen to the NBA Ultimate Mock Draft show for free wherever you get your podcasts.

The 2021 NBA Draft is taking place at the Barclays Center, home of the Brooklyn Nets, on Thursday, July 29. The first round of the draft is scheduled to start on Thursday at 8 p.m. EST.

The first round of the draft will be simulcast on ABC and ESPN, while the second round will be broadcast on ESPN.

The Locked On Live NBA Draft show, coming to you from WFAA studios in Dallas, will be streamed live on draft night starting at 7 p.m. EST here on our website, Locked On NBA YouTube, Twitter, Facebook Roku and Amazon Fire apps, as well as Audacy.

The Locked On Live NBA Draft show will be hosted by John Karalis with draft experts Chad Ford, of Chad Ford's NBA Big Board, and  Rafael Barlowe, of Locked On NBA Draft on set. Local Locked On NBA podcast experts will join the show to talk their teams' selections.

The Pistons hold the top pick after winning the NBA Draft Lottery, followed by the Houston Rockets and Cleveland Cavaliers to round out the top three.

31. Milwaukee (from Houston)
32. New York (from Detroit via the LA Clippers and Philadelphia)
33. Orlando
34. Oklahoma City
35. New Orleans (from Cleveland via Atlanta)
36. Oklahoma City (from Minnesota via Golden State)
37. Detroit (from Toronto via Brooklyn)
38. Chicago (from New Orleans)**
39. Sacramento
40. New Orleans (from Chicago)**
41. San Antonio
42. Detroit (from Charlotte via New York)
43. New Orleans (from Washington via Milwaukee, Cleveland, and Utah)
44. Brooklyn (from Indiana)
45. Boston
46. Toronto (from Memphis via Sacramento)
47. Toronto (from Golden State via Utah and New Orleans)
48. Atlanta (from Miami via Sacramento and Portland)
49. Brooklyn (from Atlanta)
50. Philadelphia (from New York)
51. Memphis (from Portland via Dallas, Detroit, and Cleveland)
52. Detroit (from Los Angeles Lakers via Sacramento, Houston, and Detroit)
53. New Orleans (from Dallas)
54. Indiana (from Milwaukee via Houston and Cleveland)
55. Oklahoma City (from Denver via Golden State and Philadelphia)
56. Charlotte (from LA Clippers)
57. Charlotte (from Brooklyn)
58. New York (from Philadelphia)
59. Brooklyn (from Phoenix)
60. Indiana (from Utah)

** Order assumes that Chicago exercises its right to swap the #40 pick for the #38 pick.

SUBSCRIBE: The Locked On NBA podcast is your daily podcast for all things NBA. Listen for free wherever you get your podcasts.