NCAA athletes can now make money off their name, image and likeness. Bush returned his Heisman after 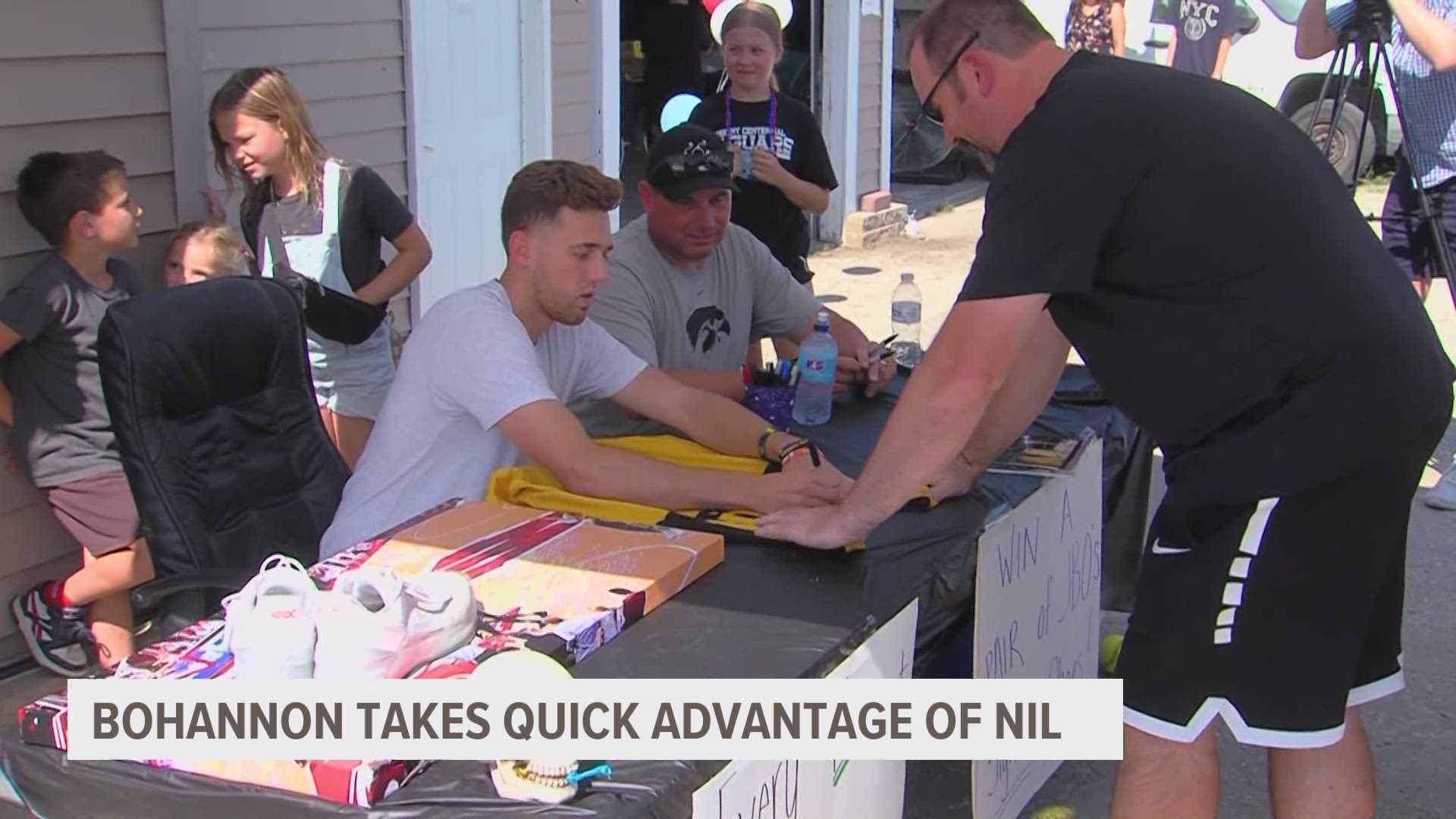 College athletes on Thursday were officially granted the right to profit off their name, image and likeness, what many saw as a long time coming. Meanwhile, former athletes penalized for doing so when it was banned, including former USC and NFL running back Reggie Bush, are looking for reinstatement.

Bush won the Heisman Trophy, the award for college football's most valuable player, at USC in 2005.

SUBSCRIBE: The Locked On Today podcast hosted by Peter Bukowski gets you caught up each morning on the biggest stories without taking up your free time. Listen here.

A four-year investigation revealed Bush and family members received improper benefits including cash, travel expenses, a home in the San Diego area where family members lived rent free for over a year, and more.

The NCAA hit USC with sanctions and ordered the university to disassociate with Bush.  Amid reports the Heisman Trophy Trust would strip his award, Bush eventually returned it. His records were also scrubbed.

On Thursday when the new NIL rules started, Bush released a statement on Twitter saying he reached out to the NCAA and Heisman Trophy Trust regarding reinstatement of his records and trophy, but said the Heisman Trust doesn't plan on changing anything.

"We left multiple messages for Michael Comerford, the President of the Heisman Trust, but instead received a call from Rob Whalen, the Executive Director, who stated that Mr. Comerford would not be calling us back and that, in any event, they could not help us," Bush said.

"We reached out to the NCAA on multiple occasions and received no help or got no response at all. It is my strong belief that I won that Heisman Trophy 'solely' due to my hard work and dedication on the football field and it is also my firm belief that my records should be reinstated."

In 2005 Bush rushed for 1,740 yards and 16 touchdowns, adding nearly 500 yards receiving and two touchdown catches. He went on to be drafted No. 2 overall by the New Orleans Saints.

Meanwhile, other former NCAA athletes who had records or wins vacated are looking for similar reinstatement that Bush is seeking.

Former Michigan basketball player and NBA star Chris Webber tweeted on Thursday, "Ummmmmmm soooo …whoever has the key please hit me up.   I need that key.. you know… the one to the secret room with the Banners…"

Several Michigan basketball players in the 80s and 90s were accused of accepting money from program booster Ed Martin. Webber confessed to accepting a loan from Martin in the scandal and the NCAA eventually punished Webber and Michigan by removing two NCAA Final Four appearance banners and vacated Webber's 1993 All-American honors.

Ummmmmmm soooo …whoever has the key please hit me up. I need that key.. you know… the one to the secret room with the Banners…

SUBSCRIBE: The Locked On NFL podcast is your daily podcast on all NFL news, rumors and analysis. Listen for free wherever you get your podcasts.