Marc Gasol's Memphis homecoming without fans: a reminder of the realities of COVID-19 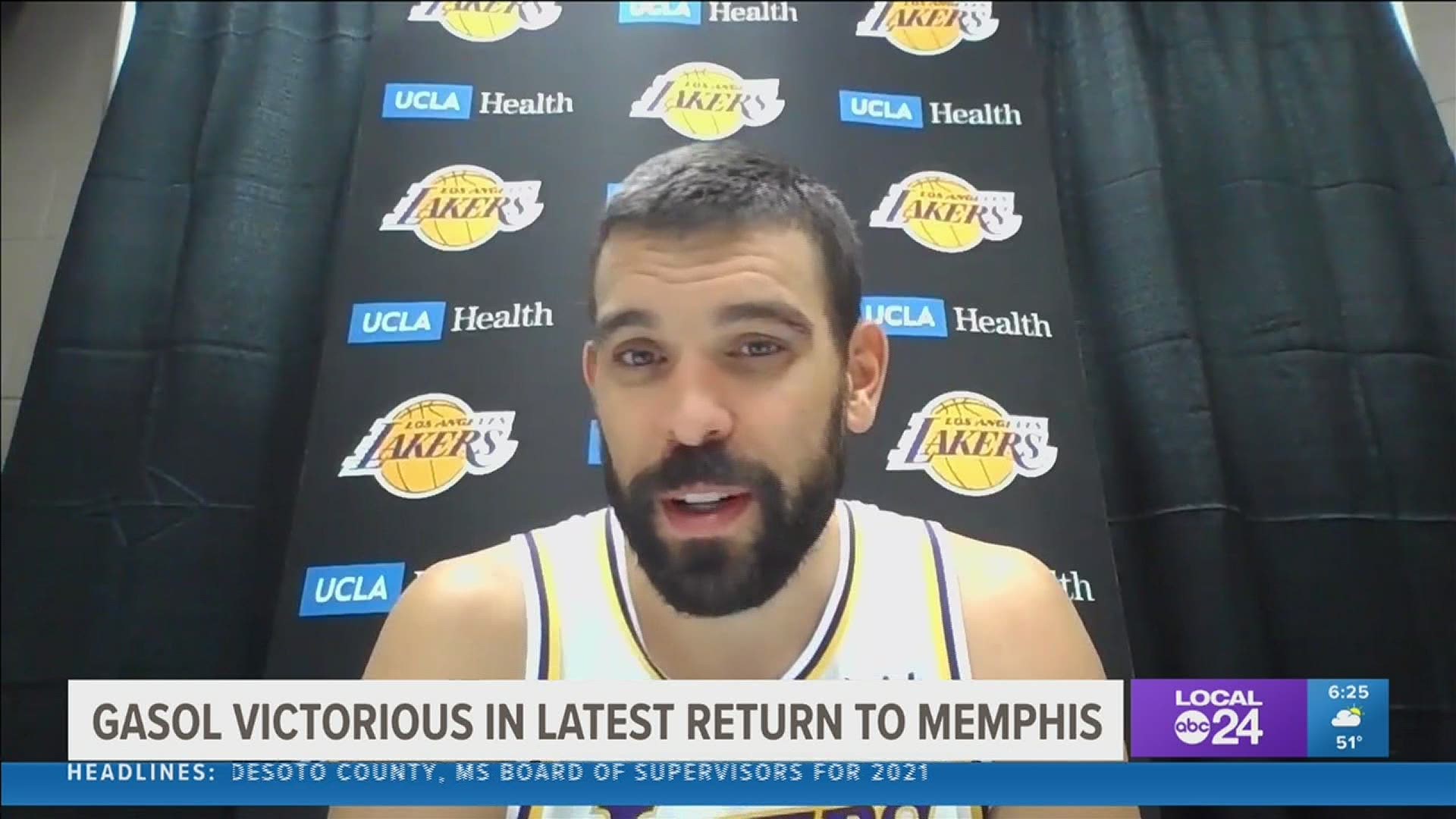 MEMPHIS, Tenn. — Of course the Grizzlies were going to honor Marc Gasol when the Lakers came to town Sunday night. But all the piped-in crowd noise and tribute videos in the world could not make you forget what is missing.

"You always had it in the back of your mind. When am I going to play Memphis again?" Gasol said. "But your mind is also that, the stands are full."

If only for their Throwback night. If the Grizzlies could have somehow thrown it all the way back to before the pandemic, then Big Spain could have had the homecoming he deserved. One day, without question, he will get that packed out FedEx Forum welcoming him again. But in the meantime, it does not matter if you are a graduating senior or an NBA All-Star; moments like these just are not going to be the same right now.

Honored at the place he called home from age 16, by the team he gave 11 years to. pic.twitter.com/BeGayExuTp

"It makes it less emotional when you do not have all those people around you going back so many years," Gasol said. "I don't think it is the right time for it now. It's good but I think it will be better later on."

The tribute to Gasol came midway through the first quarter of the Lakers 108-94 win over the Grizzlies. While the masses were not there to see it, rookies and legends alike were.

"I truly hope that they re-show that video again when they get their fans back in here," LeBron James said of his teammate. "Because not only what he was able to do on the floor [in Memphis], he meant so much off the floor as well."

"The love here in Memphis is real," Grizzlies rookie Desmond Bane said. "So I understand why there was a tribute and why he is honored the way he is."

"Obviously I'm very thankful for what the franchise has done for me," Gasol said of the Grizzlies. "Not just in recognition, but throughout the years I was here and now carrying on into the next generation."

Marc Gasol will enjoy an extended stay in Memphis. In an effort to reduce travel, the Grizzlies and Lakers are playing back-to-back games at FedEx Forum, the second coming Tuesday night.