"Maybe my dad caught it" | 13 years to the day after the death of a former Vol baseball player, UT hits a walk-off grand slam

Angels in the outfield? For the Edgerton family, it was a moment of bliss on an otherwise somber day. 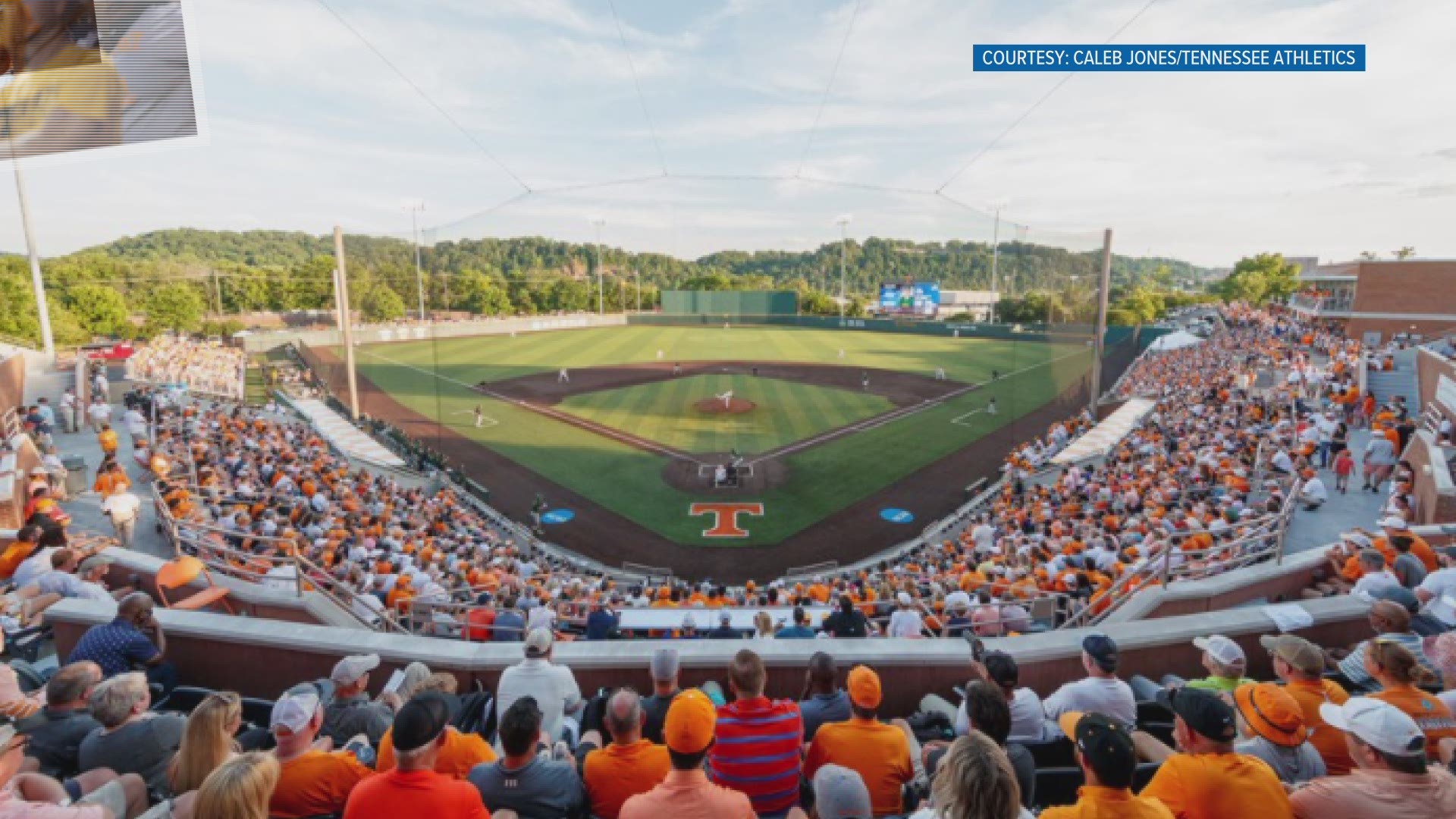 KNOXVILLE, Tenn. — The words of Tennessee play-by-play announcer John Wilkerson still ring in the ears of baseball fans across the state.

It was what echoed across Knoxville after a grand slam in the bottom of the ninth from sophomore Drew Gilbert gave Tennessee the walk-off win against Wright State in the Knoxville Regional. Brett Edgerton jumped out of his recliner at home when he saw it happen.

He might have been in the air as long as the ball.

"I don't think it has landed, I mean, do we have evidence, maybe you can get your crew out there to see if that ball is still out there?" Edgerton said.

Edgerton is a Tennessee alum, just like his dad who played baseball at the college in the mid-70s.

Robert Edgerton, or Robbie, as they called him in the newspaper clippings, was a left fielder on the same team with stars like Rick Honeycutt and Condredge Holloway.

"The best person I've ever known," Brett said as a moment of nostalgia jumped to his face.

In 2007, Brett was diagnosed with cancer. Five weeks after getting the all-clear, his dad was also diagnosed.

"I was the last person to see him because I was in the hospital room and we were watching our Cubs," he said. "They had a late-night game at San Diego, and that was the last thing we did together and just figured we'd see each other in the morning and he just, you know, he never woke up."

Then, 13 years later to the day, Drew Gilbert sent the ball over the right-field wall, high into the sky.

"Maybe my dad caught it and that's why it never landed," Brett laughed.

Can I be sentimental for a sec?

June 4, 2008 was the worst day of my life, the day my dad died suddenly after we thought he’d beaten cancer. He played baseball at Tennessee and no one loved the Vols more. No one loved baseball more.

Angels in the outfield, making the right play at the perfect time.

"There are 365 days in the year, the fact that it happened on that one? It's tough not to think that someone watching above and being very happy about that moment on a day that he knows is pretty tough for his son and his family," he said.