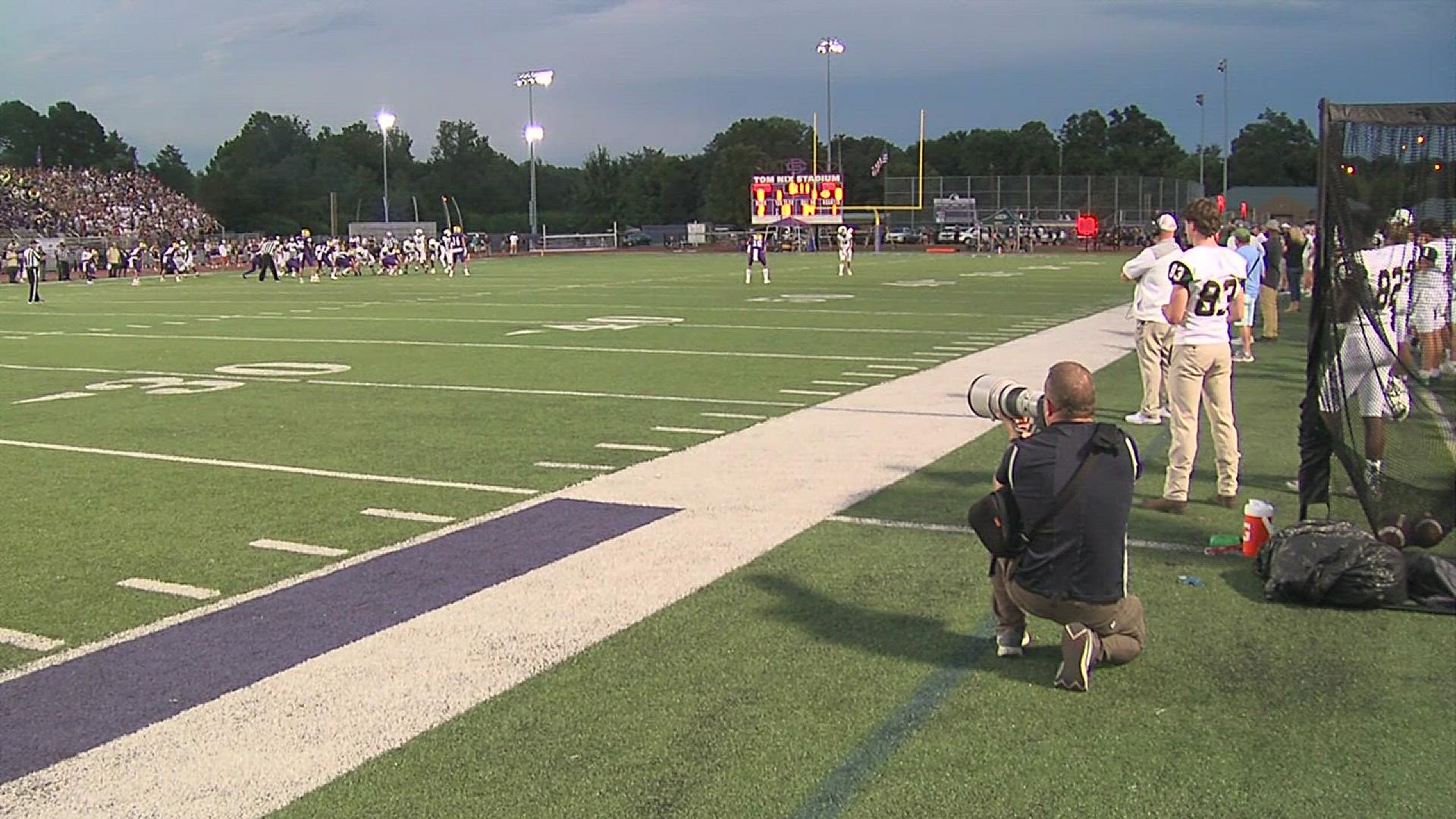 MEMPHIS, Tenn. — A bond salesman by day, Steve Scaramastro has another calling on Friday nights.

"The passion is more on the photography side," the 51-year-old Germantown dad said.

Scaramastro started out getting shots of his son Tyler playing in his band and of his daughter Olivia, then a cheerleader at Houston High School.

Eventually he turned the lens to the student section, and before long, the on-field action.

"Once I started doing that, I thought, let's do something with the pictures," he said.

"I remember vividly when I had 32 followers," he said. "And then you reach this critical mass and man, social media does it's thing. People start sending pictures to everyone else, and I think it stands at around 5,300 now."

Scaramastro doesn't just shoot Houston, or football. The first picture on the account was from a lacrosse game. He shoots all types of sports throughout Shelby County—except now, students are looking for him.

"There was a time where I would just show up and take the pictures," he said. "Then I started walking by and people are calling out '901HSSports, 901HSSports, take our picture!' So there's some cool interaction there."

It's a fun mystery: Where was 901-HS-Sports tonight? Did he take my picture? But sometimes Steve is exactly where he needs to be.

"I took a picture of a soccer game one night," he said. "That kid's mom DM'd me and thanked me for the picture, saying his dad is in the hospital with cancer. Can't make the games. That adds a level of importance to what you're doing. You don't even know it's that important. But when someone hits you with that on the backend, you're like 'Wow, I'll keep going.'"

His kids are in college now, but Steve continues shooting, knowing how important an uplifting moment can be for young athletes.

"These are young kids going through a tough time in high school," he said. "Just because you don't win every game doesn't mean you suck. That's part of the process. You've got to get your butt kicked sometimes to get better. A positive place. That's what that page is."