Magan Hall, who has had clear scans since November, attended Memphis 901 FC's home opener with her family Wednesday, their first match since COVID-19 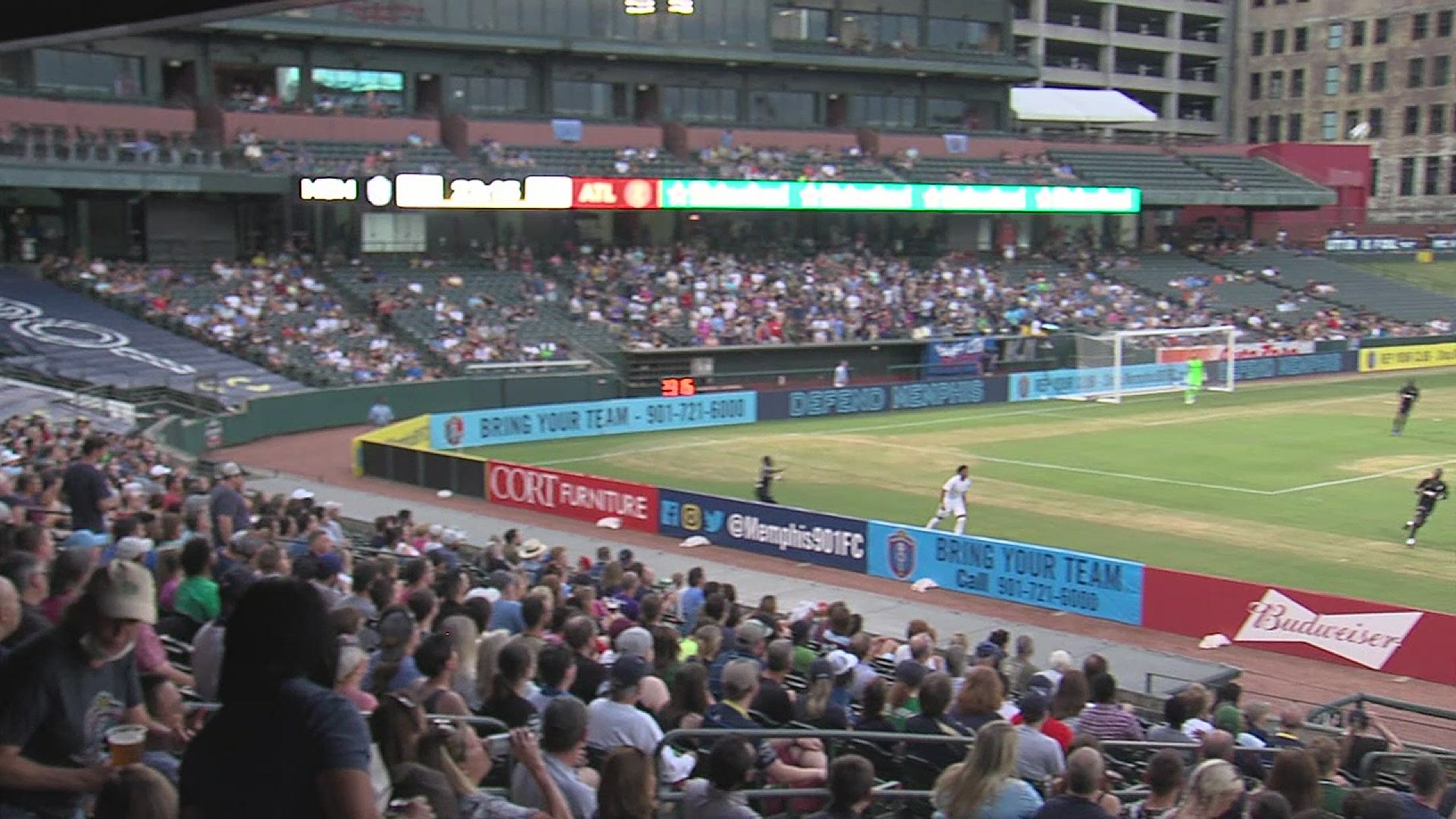 MEMPHIS, Tenn. — All of the familiar sights, sounds and guitar smashes.

Memphis 901 FC was back at home at AutoZone Park, and after another long journey, so is the Hall family.

"So excited, you have no idea," Memphis 901 FC supporter Magan Hall said. "We have not been able to do anything of this magnitude in forever it feels like."

Magan began her second bout with cancer in 2019. Her melanoma had metastasized, spreading to her lungs and brain.

"When it started travelling to my organs, that was really scary," she said.

For the first part of her fight, Magan was overwhelmed with support. A GoFundMe raised over $27,000 for her medical expenses. But when the pandemic began, she became isolated in the house; only coming out for appointments.

"Being trapped and not being able to be surrounded by your family, or being able to travel and make the best out of a terrible medical situation, because you don't know," she said. "It was just really depressing."

.@BluffCityMafia was able to cheer on @Memphis901FC last year, but this is the first time they can pregame at @TheBrassDoor1 again too! pic.twitter.com/xCIFv2aOCJ

When 901 FC re-started its season last July, the Halls felt it was too risky to attend. They watched the match from the seclusion of a friend's balcony that overlooks the field.

"We were yelling as loud as we possibly could. I don't think they could hear us," she said. "I think going from a big, crowded stadium to a balcony. It was a little rough."

Magan's scans have showed no evidence of disease since November. With her and her family fully vaccinated, the Halls felt safe enough to return to The Brass Door and AutoZone Park.