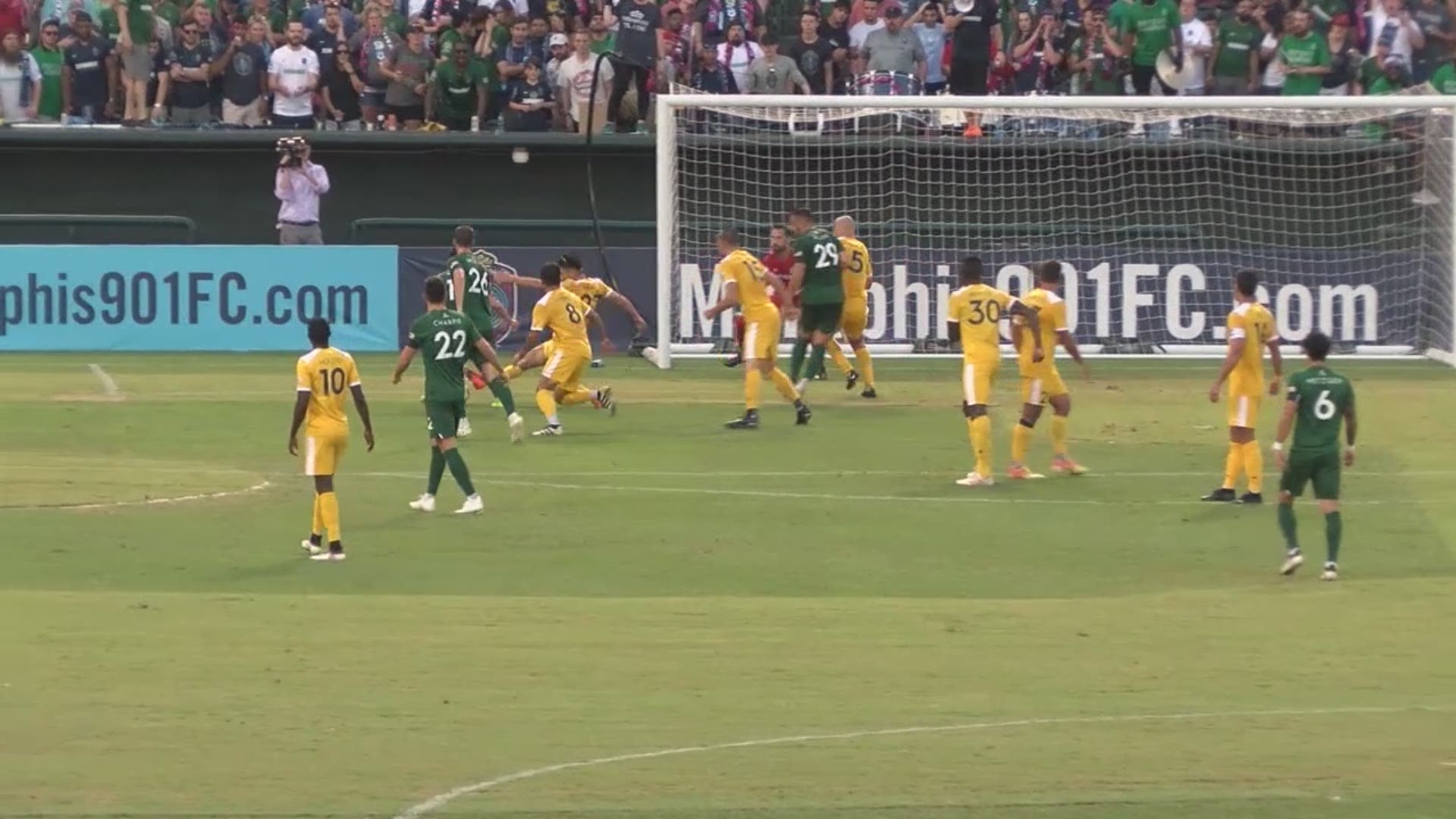 MEMPHIS, Tenn — After a four-month hiatus, the remainder of Memphis 901 FC's season will be brought to you by the letter "G."

The club resumed full-team, contact training Monday after being drawn in Group G for the remainder of the regular season. The USL tentatively plans to restart their year July 11. Memphis played one game in March before the season was halted, a 4-2 loss to Indy Eleven.

"March 7 feels like two years ago, frankly," Club president Craig Unger said. "I think everyone is excited. You've sat here, done a lot of waiting, a lot of thinking, planning for things, but to have this light at the end of the tunnel, like 'Hey, we're almost there.'"

Memphis will play 15 matches in addition to their March 7 loss. Twelve of those matches will be in group play, against Birmingham Legion, Charlotte Independence and North Carolina FC. The top two teams in each group will advance to a 16-game, single-elimination tournament.

"I love those deep rivalries where things can build up over two, three, four games," Unger said. "Fans are going to get a chance to see this and watch these rivalries build."

RELATED: Memphis 901 FC’s season to start back up

The Shelby County Health Department will determine if even a limited number of fans will be allowed at matches at AutoZone Park. Regardless of that determination, you can watch Memphis 901 FC matches on CW30.

"Even with a diminished capacity, having these games locally on CW is going to allow that sense of normalcy for people," Unger said. "It is going to be great for the overall psyche of America and this region."

A schedule is expected to be released this week.