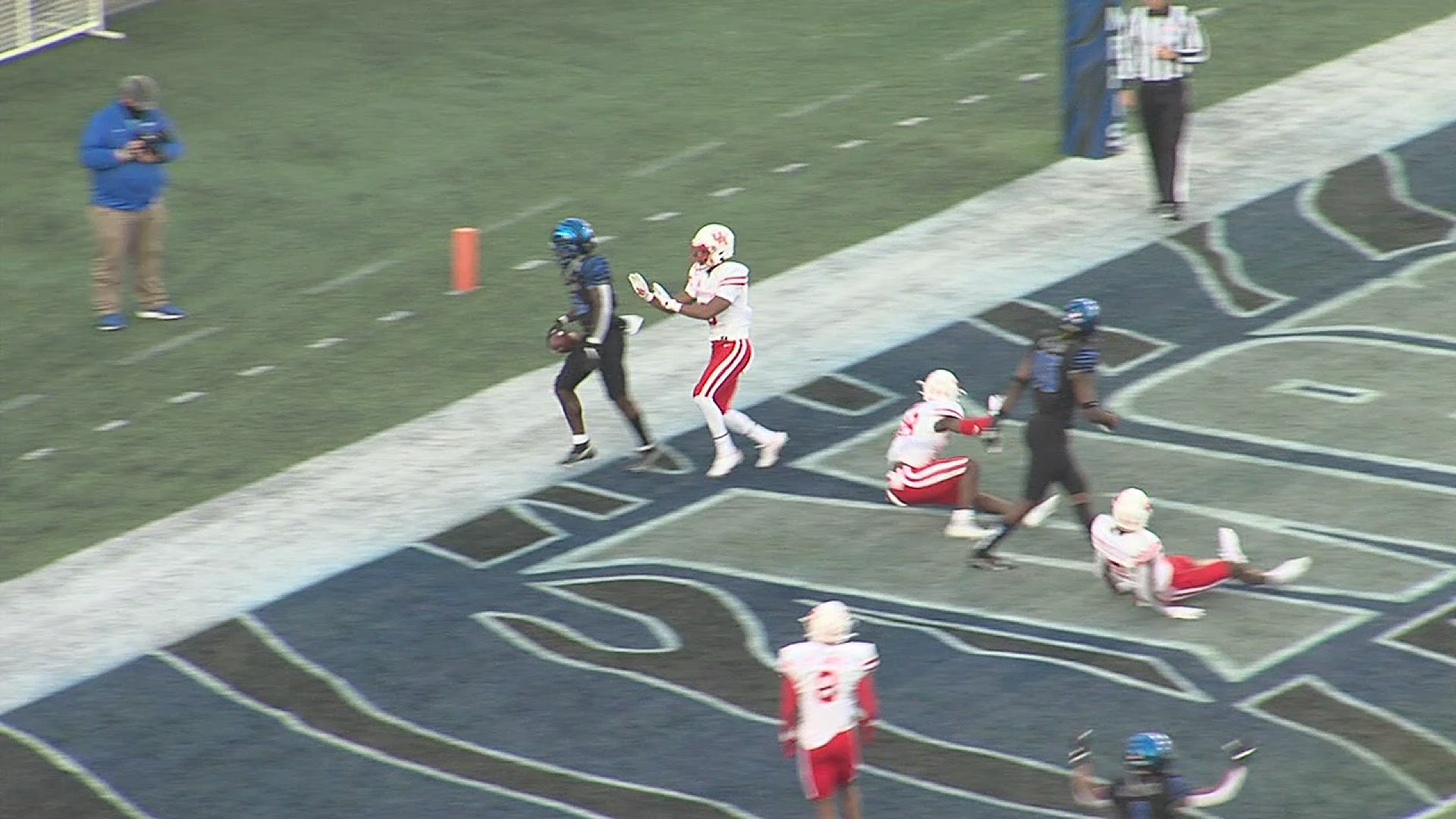 MEMPHIS, Tenn. — Up 27-6 in the third, it looked like smooth sailing for the Tigers.

Then plans changed, everything turned on its head, and the game came down to one final play. Tied at 27 and with seconds left on the clock, Riley Patterson stepped in.

"It never looks like the way you think it is," The senior kicker said. "You have to take it for what it is. That you even got to play the game."

Is there a better way to sum up this year, and college football season, than that?

The Memphis Tigers did not accomplish all that they hoped to in 2020. Who did?

Despite a COVID-19 outbreak within their program, integral opt-outs, departures, and everything else thrown their way, the Tigers managed to play a 10-game schedule, win seven of them, including all six at the Liberty Bowl.

Memphis capped another perfect season at home in the most fitting of fashion: A clutch drive downfield led by Brady White, followed by the first game-winning, walk-off field goal of Patterson's career.

"I've envisioned hitting a game-winning field goal since I was in high school," Patterson said. "I've envisioned it probably 45,000 different ways, and that wasn't one of them. And that just goes to show that staying present in the game and letting the kick be what it be, and me just taking my steps, hitting the ball and leave the rest up to God."

"To be a part of this program, this team the last three years and to build upon it the way we have and to make history multiple times, it's just so special," White said. "I'm just so grateful, so thankful and so honored."

White, the Tigers all-time wins and passing touchdowns leader, added the Tigers career passing yards record to his individual accomplishments. But the stat he is most proud of: his 19-1 record inside the Liberty Bowl.

"It's facts now, there is no speculation or opinion, I've won more than any other damn guy here," White said. "You bring up that record, I think that's awesome to be 19-1 on your home field. And that means a lot to me because this place is special, and this Liberty Bowl is special."

The pumped in crowd noise, the sparse, socially distanced fans and band, could not detract from the meaning of playing for senior players, and rookie head coaches, alike.

"You guys know how much this job means to me and what it means to me to be a Memphis Tiger and to be a part of this community," Ryan Silverfield said with tears in his eyes, pausing to contain his emotions. "You know how it gets me, guys. That's how proud I am of these guys. Because it hadn't been pretty. ... The work is not yet done for the 2020 football season, but I'm just so honored to be the football coach here."

The Tigers are widely expected to end up in the first-ever (and only) Montgomery Bowl on Dec. 23. An official announcement is expected Sunday.