Memphis improves to 3-2 in conference play, with third comeback win of the season 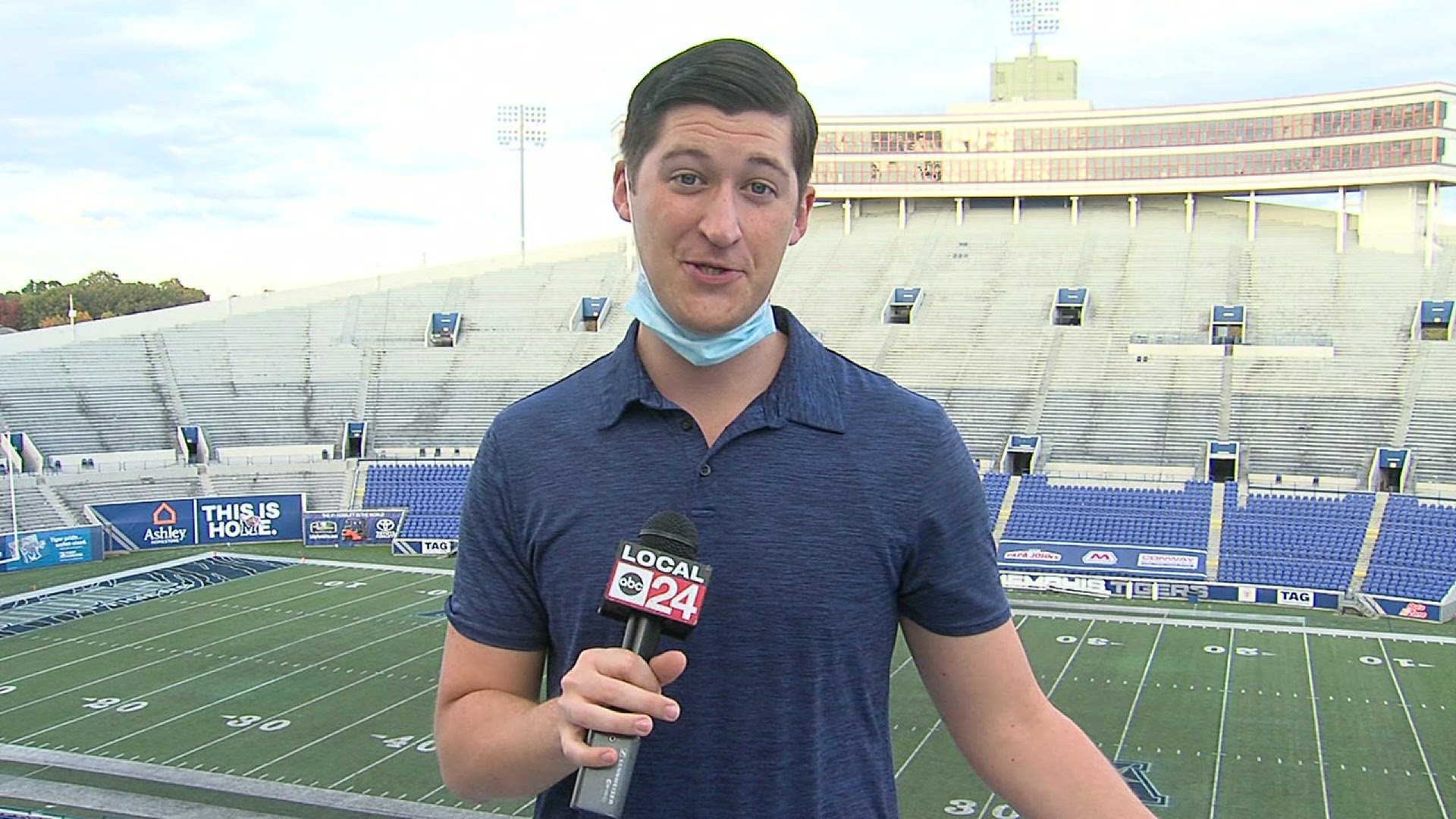 MEMPHIS, Tenn. — It has been a long and exhausting week.

The question has been burning on everyone’s minds. Frankly, for a while it looked like it was going to go another way.

Yes, Memphis was able to bounce back to defeat South Florida. (That is what you thought I meant, right?)

For the third straight home game. It came in late, comeback fashion.

USF led 33-20 with 4:36 to play. The Tigers responded with a 10-yard bullet to Sean Dykes and another game-winning touchdown grab for Calvin Austin III to capture their third dramatic conference win of the year.

"Every single one of those guys in these comeback wins, the first thing they say is 'We have to keep working to get better,'" Ryan Silverfield said. "Are we perfect? Hell no. Far from it. Do we have a lot of things to improve on? Absolutely, it starts with me. But the willingness of this team to understand that, and the pride in the fact that they're willing to fight. I think it's a good combination of both."

"Everything has to be a mentality," Memphis defensive lineman O'Bryan Goodson said. "Because when the fourth quarter comes, it's a mentality. 'Okay, game on the line, it's time to make plays.' We need to come into a game with a fourth quarter mentality throughout the whole game."

With the victory, Brady White became the winningest quarterback in Memphis history. The win also marked 13-straight home wins for the Tigers.

"I absolutely love this place," White said. "It's different man, and it's kind of like when people ask you to describe Memphis, you don't really have a great answer, a lot of people just say Memphis is Memphis. That's the way I feel about this Liberty Bowl. It is what it is. You don't really know what you're walking into, then the boys in blue come to play."

The focus quickly turns to the status of next Saturday’s game at Navy. A COVID-19 outbreak at the Academy shut down all football activities and postponed this weekend’s Navy-Tulsa game.