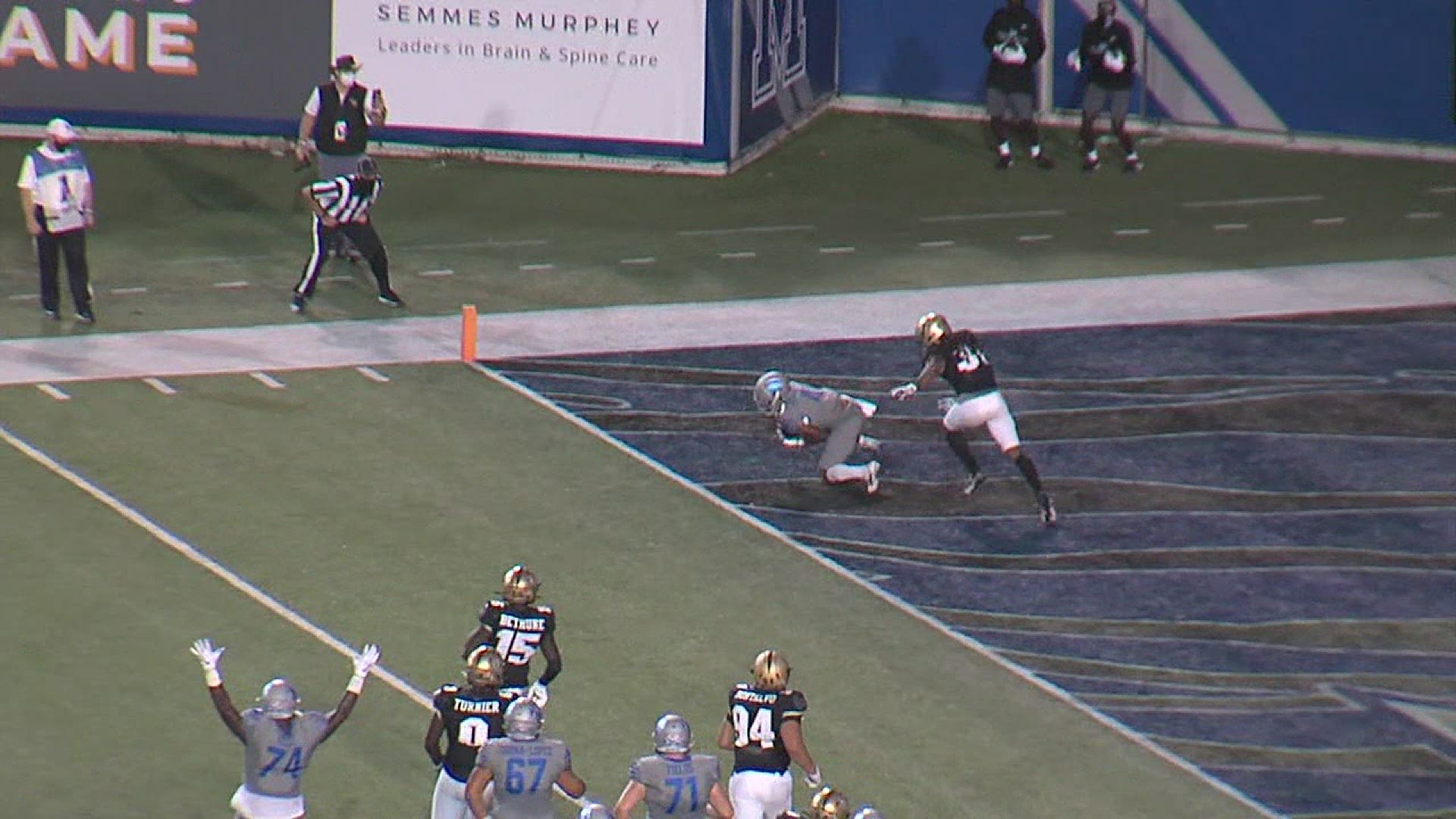 MEMPHIS, Tenn. — The play. The miss. And the Tigers long-awaited win over UCF.

Not only did Memphis end a 30-year drought, and a 13-game losing streak to Central Florida, but they did so without their star wide receiver Damonte Coxie, without their starting corner TJ Carter, and with a 21-point third quarter deficit.

It was one of the most remarkable nights this program has seen, one that never came under Justin Fuente or Mike Norvell.

"That was a fun one," quarterback Brady White said.

Of course he had fun, who wouldn't have fun throwing six touchdowns on 486 passing yards in a historic win?

The streak is over.

"We've gone through so many ups and downs," Ryan Silverfield said. "For our guys on the sideline, they deserve it. So proud of them. That win it is 100 percent for our players. And guess what? That was for all our previous teams that weren't able to do what we did tonight."

The first Tigers team since 1990 to topple the Knights, made possible by the largest comeback in program history... And a little help from UCF in missing what would have been the game-winning field goal.

The joy of the 50-49 victory, was somewhat stifled by the news that the Tigers will now be without Damonte Coxie.

"Damonte Coxie is not part of our football program right now," Silverfield said. "We're moving forward without him."

TJ Carter was on the sideline, but did not dress for the game.

"Is it frustrating and crappy to see guys opt out or leave? Yes," White said. "Those are your brothers, those are good players, but at the end of the day, it is what it is."

But Calvin Austin III shined with two touchdowns on 151 yards, including that game-winning four-yard grab.

"It's tough when your number one guy is not there, but guess what? Now there's a new number one [receiver]," White said. "I'm a competitor. I don't care who is out there, I don't care if I have lineman out there, I'm going to try to get this thing done."

"We are going to have fun tonight," Austin said. "But after that we're going to push this game behind us and move on."

They will be on to next Saturday's game against Temple soon enough, but tonight they will savor this night, 30 years in the making.