For the roughly 90-minute overlap, Eric Hasseltine and Elliot Perry called the Grizzlies game remotely, while at the Memphis-UCF contest 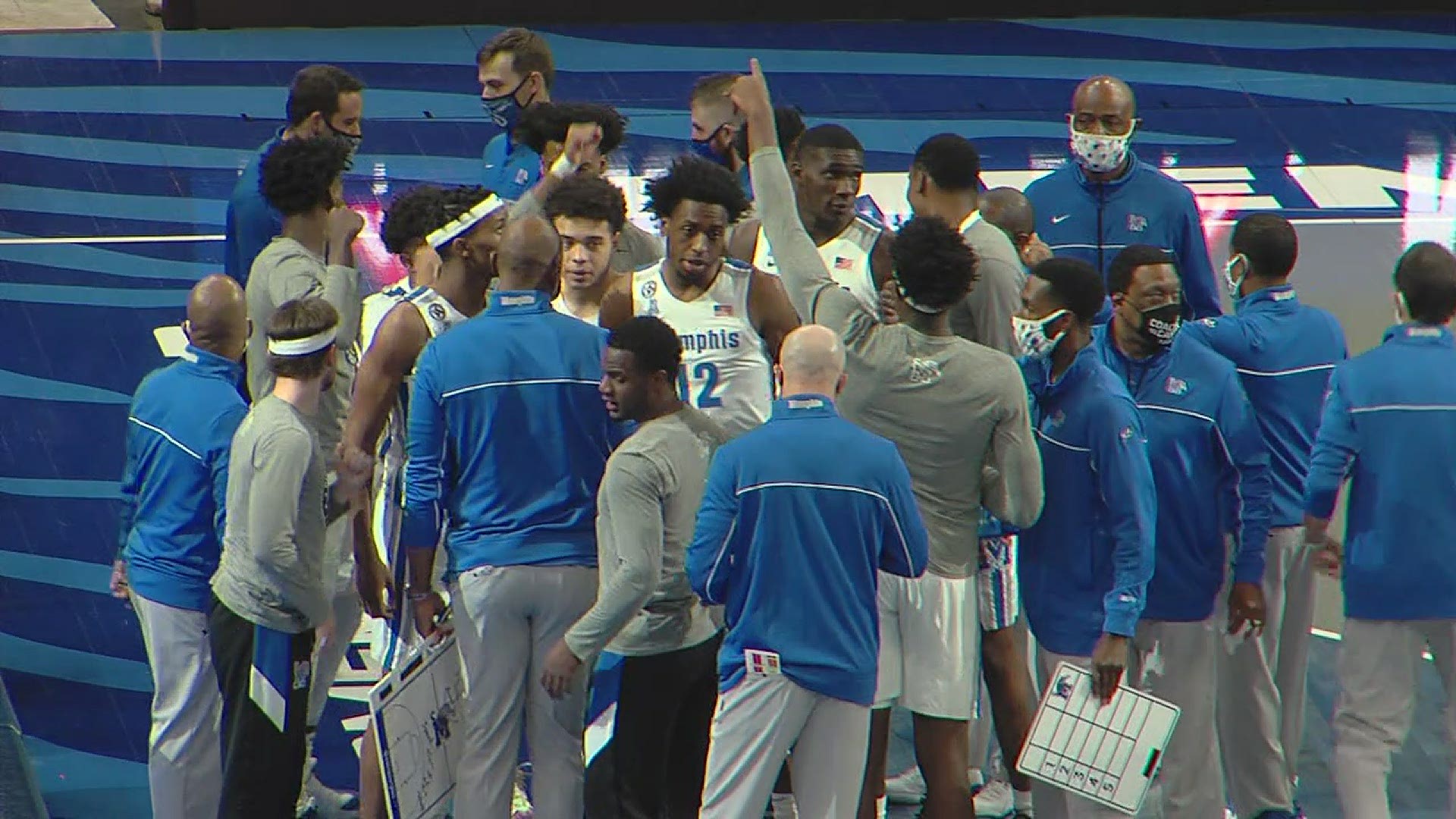 The sparse crowd raved; the enthusiasm was potent inside FedExForum.

And from an open-air suite, at Pinnacle level, Eric Hasseltine and Elliot Perry had to tune it all out, to provide radio commentary of the Grizzlies-Spurs game being played in San Antonio.

"It's not easy," Hasseltine said of the most unique of remote broadcasts. "You could hear when they were doing something well. And they were doing a lot of things well, so there was a lot of noise."

The Grizzlies team broadcast crews are not travelling this year, so road games are called remotely at FedExForum.

The Tigers game began at 7:00 p.m. in Memphis. The Grizzlies tipped off 30 minutes later in Texas.

Meaning for about 90 minutes, Eric and Elliot were tasked with calling the NBA game on their monitors, and not the college game actually being played in front of them.

A distraction? To some extent, yes. But it was also something of a dream scenario for Perry, the Grizzlies minority owner, analyst and Tigers legend.

"I had to eventually kind of turn my monitor to where I was actually blocking me from watching the game," he said with a grin.

The suite also had a clear view of the Tigers retired jerseys that hang from the rafters, including Perry's No. 34.

"We were giving him a hard time saying, did you purposely pick this booth so we'd have to see your jersey hanging in the rafters, or was that just a coincidence?" Hasseltine said.

"I was kidding them that, 'Hey I paid a lot of money to get that there," Perry added.

"It's just one of the challenges that this year presents," Hasseltine said. "We all have to overcome little things here or there at some point or another and figure out a way to do the job we were hired to do as best as we possibly can."

The most lopsided combined wins on the same night, in the 20-year history of the Grizzlies and Tigers representing Memphis.

"Back in the day when the Grizzlies first came and the Tigers were here, what we dreamed about was both teams playing at their highest level on the same day," Perry said. "Both teams winning and winning handedly, and so, it happened last night."