Slow starts to games have hurt Tigers basketball this season

Memphis' three-game win streak came to an end with 67-65 loss at SMU Thursday. 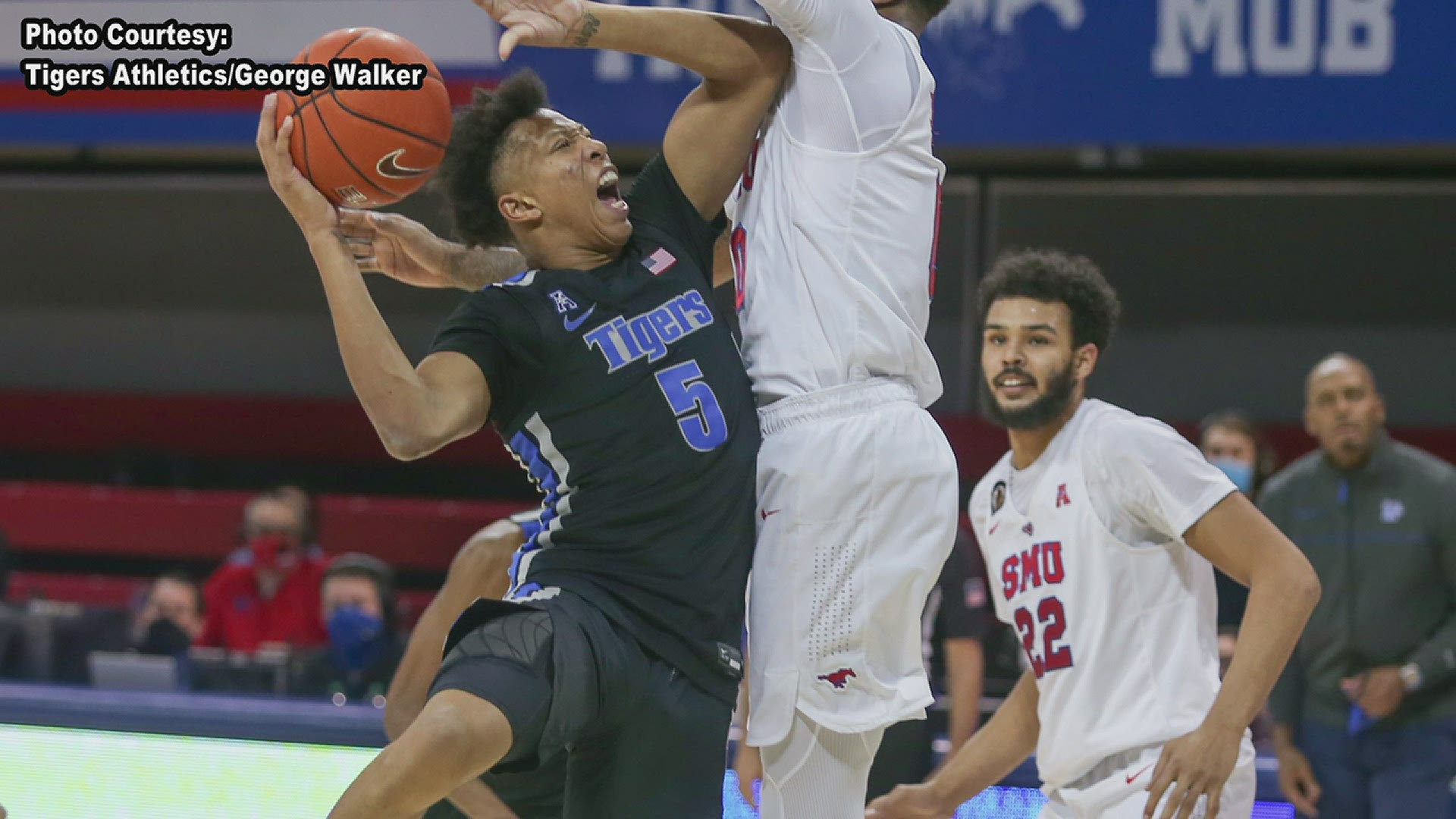 MEMPHIS, Tenn. — When the game stopped, the Tigers found themselves in the red.

A 67-65 loss at SMU to split the back-to-back series with the Mustangs, ending a rollercoaster week for the U of M.

"This one hurts so bad," DeAndre Williams said after the game. "It hurts very bad because we know we the better team and I feel like the way we started, if we would've started off a lot better than that we beat them by 20."

Slow starts have consistently dogged the Tigers this season. More often than not, Memphis has been able to dig themselves out. But as we saw Thursday, and nearly saw in Tuesday's comeback with over SMU, the early lagging continues to be a factor in Memphis letting winnable games slip away.

Down 66-64 with three seconds left in regulation, Boogie Ellis was fouled attempting to hit the game-tying three. He sank his first free throw, missed the second, and intentionally clanked the third.  Landers Nolley II swarmed the SMU rebounder Tyson Jolly to draw a jump ball call in favor of Memphis with 1.3 to play. But out of the set play, the Tigers were unable to get a shot off before the final buzzer.

Those final moments were the focus of Nolley postgame, not so much the early slump.

With 12 minutes to play, Memphis trailed by 16. They took the lead with under four to play, thanks to a 21-4 burst.

Despite the disappointing conclusion, that stretch gave DeAndre Williams hope for how far this team has come over the last two weeks.

"One week, two weeks (ago), we wasn’t that team," he said. "You know, I think we would have folded. But now I feel like we grew as a team. So in crunch time, we came together and we fought back. And so I’m actually proud of my team and I feel like we can grow from this.”

The Tigers are back at FedExForum Monday, hosting their first of two-straight games against Central Florida.