The U of M hosted 4,500 fans at Liberty Bowl Memorial Stadium for Saturday's season opener 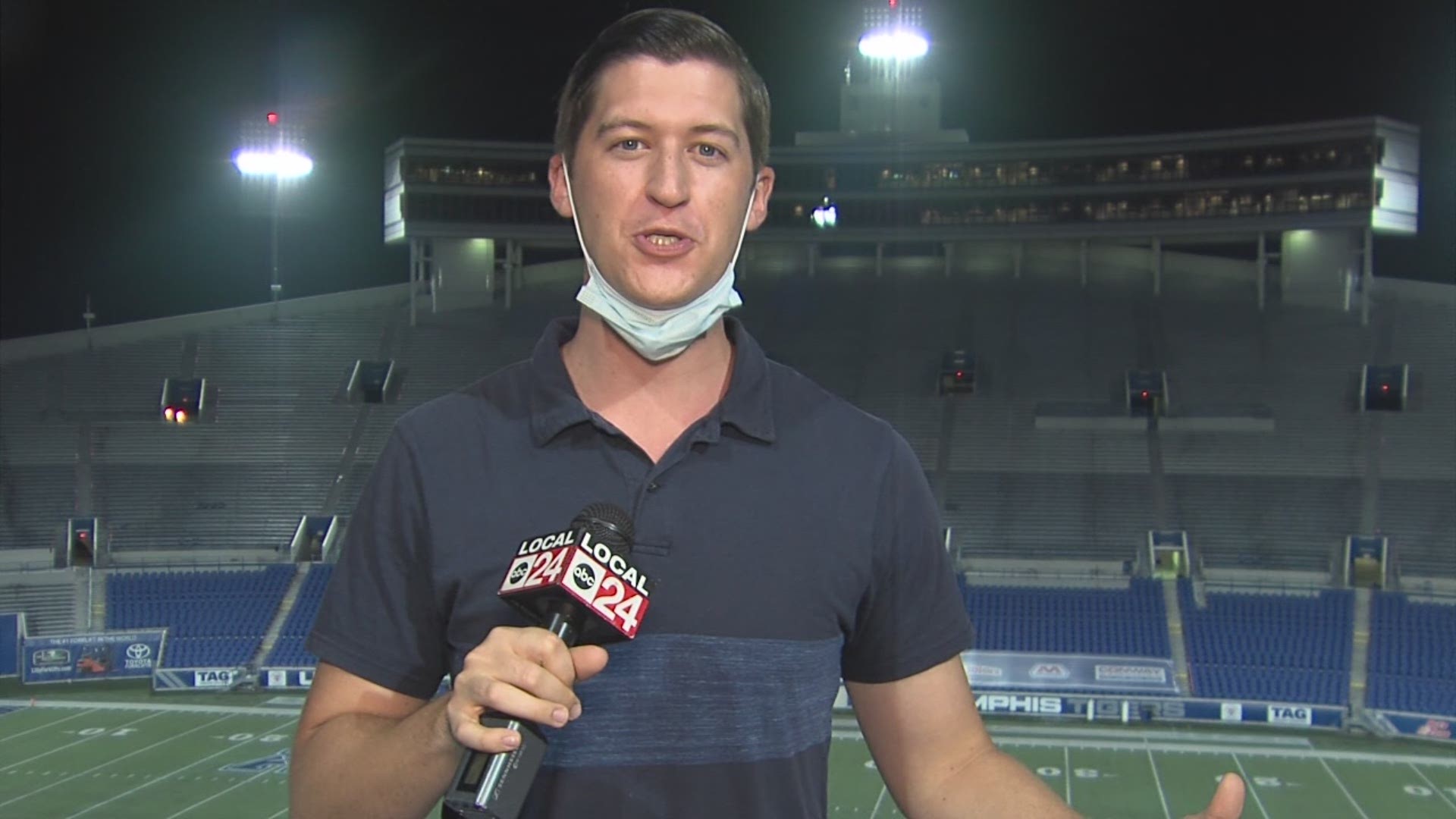 MEMPHIS, Tenn. — Yes, the Tigers had a 100-yard rusher in Dreke Clark, and 100-yard receiver in Sean Dykes. They played vital roles in Memphis' 37-24 Week One win over Arkansas State.

But the Tigers were able to play football again. In a world of COVID-19, cancellations and disappointment, that statement takes precedent over anything else one could say about Saturday's game.

"It's finally come to fruition," quarterback Brady White said following his four touchdown, 275-yard game. "It's really nice to get that off your shoulders. Like it is here's it's finally happening."

It happened, even if only 4,500 fans were permitted inside the Liberty Bowl. Even if some took creative approaches to the mask requirement, like Phil Glass, otherwise known as 'The Ultimate Tiger.'

"I just consider myself blessed to be here and represent the entire 901 Tiger family," Glass said, donning a large blue-and-white costume mask with a braided fake beard covering his mouth, complete with a kilt." Even if I couldn't be here tonight, I would be here watching, behind my team 100 percent."

The sense of gratitude extended from the stands, to the press box, to the field. Everyone in attendance was just happy to be watching football again.

"I told them be grateful because there's a lot of our friends and people in this profession who don't have this opportunity to go out and play the game," head coach Ryan Silverfield said. "Their seasons were cancelled and the game postponed."

"We're very grateful, very fortunate," White said. "We're going to continue to have that outlook on things and get better each and every week."

After a loss in the Cotton Bowl to start his head coaching career, Silverfield also appreciated the chance to earn his first victory.

"I was the longest tenured 0-and-1 football coach in the country, so I had to get that bad taste out of my mouth," he said. "I hate being a loser. Being 0-and-1 for eight months did not feel good, but kudos and credit to our student athletes who showed up today, with everything else going on, with great focus and found a way to claw, scratch and show up with the W."

The Tigers are back at it Friday, September 18, hosting Houston in their conference opener. Kickoff is at 6:30 p.m.