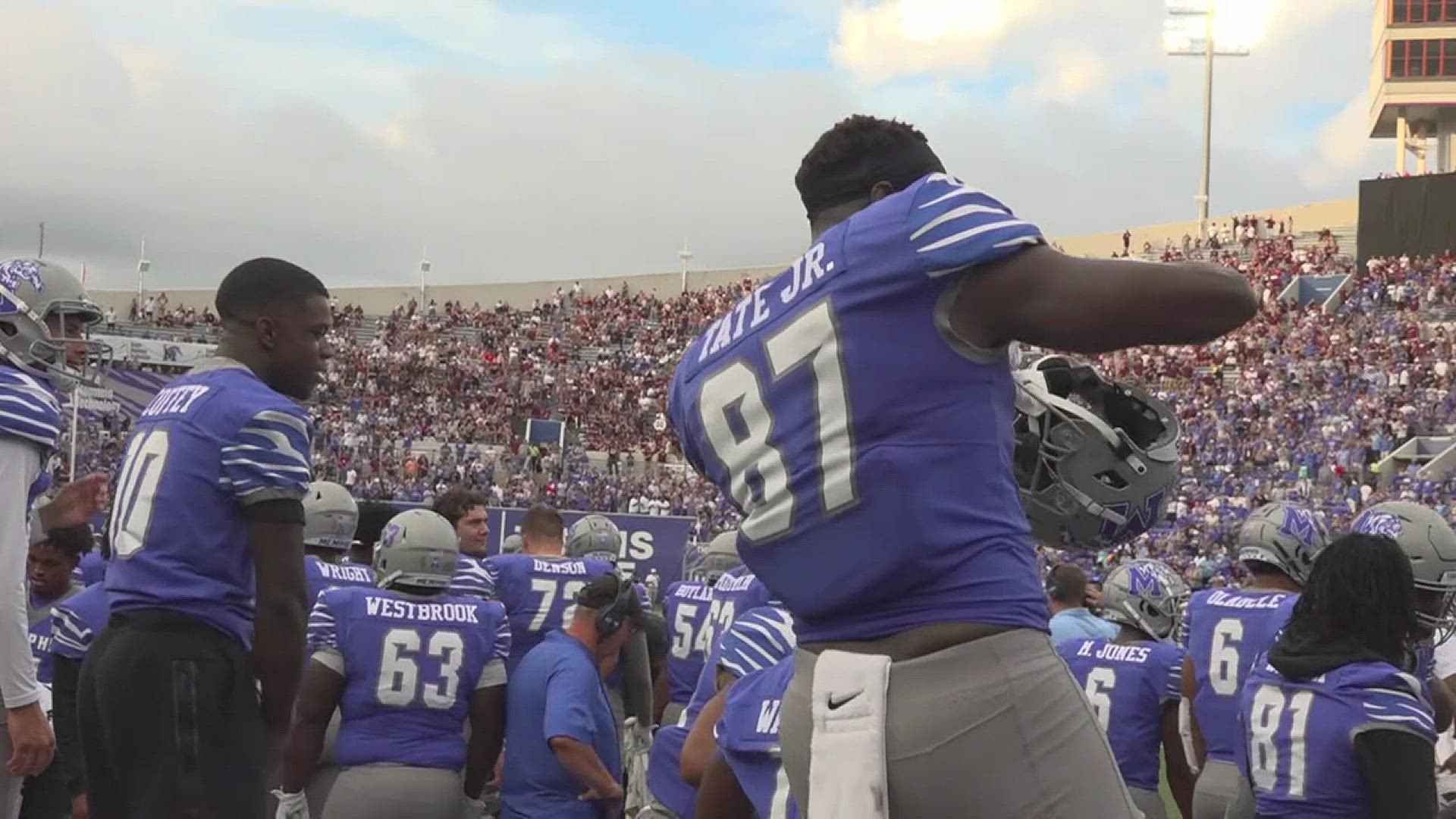 MEMPHIS, Tenn. — While Saturday's win over Mississippi State was not a gaudy day for the offense, offensive coordinator Kevin Johns said he saw plenty of growth from his group.

"I liked the way that we continued to play," he said. "Even though that wasn't our best performance, we still made enough plays in the third and fourth quarter to win. I think that's a sign of a team growing up, able to make plays when you have to."

Unlike his first two games, where he routinely broke free for long runs, redshirt freshman Brandon Thomas had to fight for his 102 yards and two touchdowns against the Bulldogs. But the fight does not bother him.

"I love it, it's just my kind of style," the 5-foot-11, 200-pound running back said. "As a physical runner, it's fun because after that people are scared to tackle you. It's a fun game after that."

He'll be right back in that environment this Saturday, facing one of the nation's top defenses in UTSA. The Roadrunners are tenth in the country in total defense. But whether he is facing Nicholls State or Mississippi State makes no difference to Thomas.

"I just do me," he said. "I go into the next game thinking, no one on the other side of the ball can stop me. I'm going to treat everyone the same."

"I think this will be every bit our toughest challenge of the year," Johns said of UTSA. "There is no doubt about it. There is a reason why they went in and beat Illinois. These guys are the real deal."

With both teams receiving votes between the AP and Coaches Polls, a win over the Roadrunners could land Memphis back in the Top 25 for the first time since Week Three of last season.