Midshipmen are not hosting due to COVID-19 restrictions at Naval Academy. 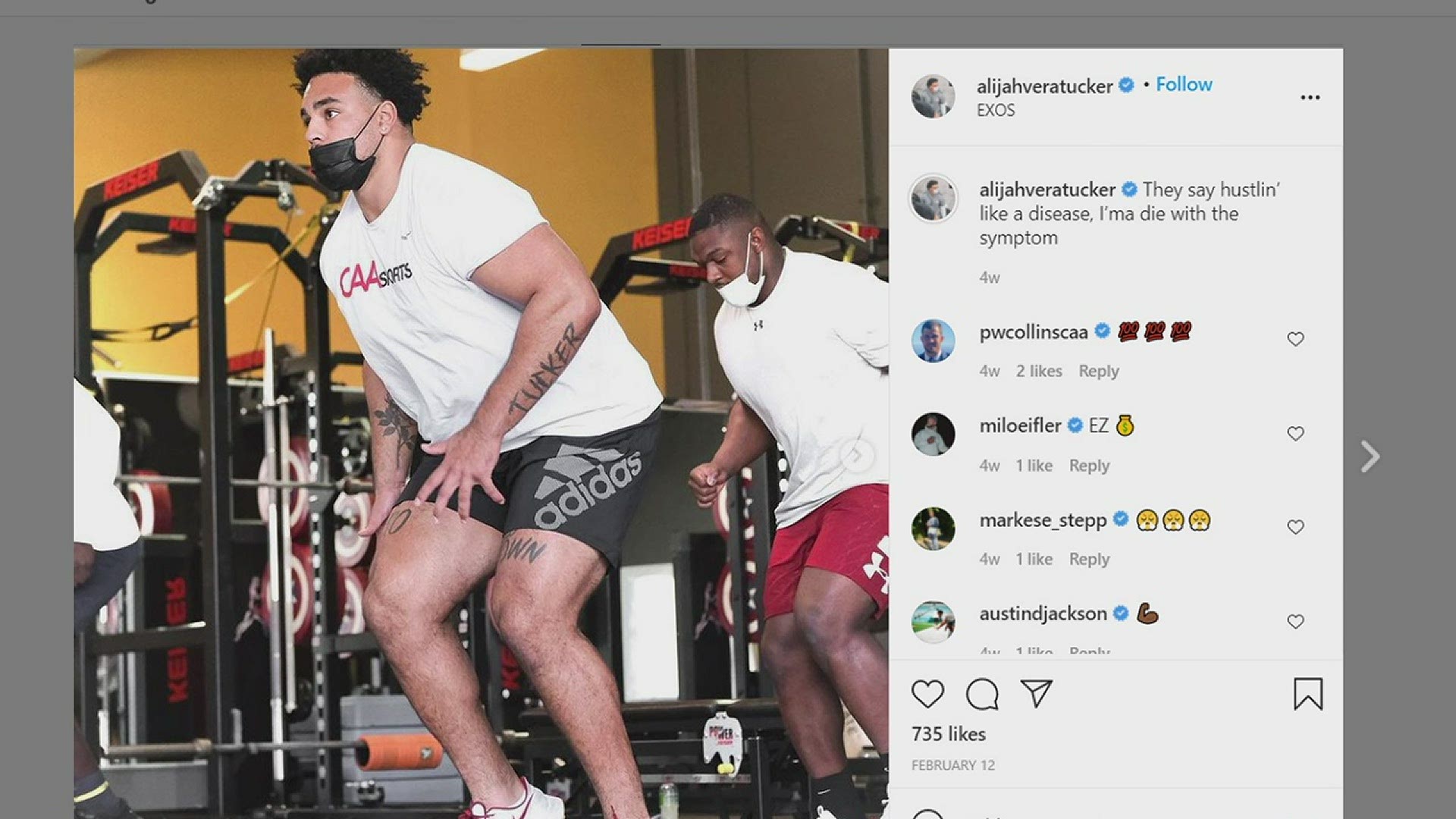 MEMPHIS, Tenn. — With six weeks to go before the NFL Draft, many prospects have already left college to train at high-end facilities in California or Florida.

Navy cornerback Cameron Kinley does not have that luxury.

"Our weight room has been shut down the last three weeks," he said. "That's the type of people we have here at the Naval Academy. We make due with what we have."

Due to strict COVID-19 restrictions at the Naval Academy, the Lausanne product receives virtual workouts from his strength and conditioning coach. Exercises include band work, and pull-ups on the shower rod in his bathroom.

But Cameron does not focus on what he does not have. He is just grateful to be alive; something he no longer takes for granted.

Last summer near the end of a rainy drive from Memphis to Annapolis, Kinley almost did not reach his destination.

"I went around the bend and I wasn't speeding or anything, but the car started shaking."

He began to lose control of the vehicle, and started spinning. After the third rotation, Kinley saw he was on a collision course with an 18-wheeler.

"At that point, I was like, yeah, this is probably it for me," he said plainly. "So I just kind closed my eyes and braced for impact. I hit the 18-wheeler and spun off to the side. I opened my eyes and realized I was still alive. And right then and then, I was like 'Okay God, I see what you're saying, you have a plan for me.'"

That plan included more than Kinley miraculously escaping without injury. In addition to serving as Naval Academy Class President, Kinley remains active in the Annapolis community, and locally, has volunteered at St. Jude.

So when the Midshipmen chose not to hold a Pro Day for their players due to COVID-19, welcoming Cameron was a no-brainer for Ryan Silverfield.

"They said he was looking for a home to come do it. And I said conference rival or not, let's do it," Silverfield said. "I have so much respect for him."

We have a lot of respect for this young man. @NavyFB @American_FB
He was the class President at Navy and a Campbell Trophy finalist! #MadeInMemphis https://t.co/Ty3HMcwf9B

Kinley said eight teams have expressed interest in him, including the Dolphins, Chiefs, Colts and Cowboys.

Friday will be a full-circle moment, getting his last shot to impress NFL scouts in the same city he grew up, and learned to play the sport.

"I started playing football at Memphis when I was four years old," he said. "So the fact that I get the last chance to showcase my abilities at Memphis; that means a lot. That's special right there. That's special for me, so I'm looking forward to it."