Memphis Grizzlies waive Marc Gasol, allowing him to remain with family in Spain

The Memphis Grizzlies said Wednesday that the team has waived center Marc Gasol. 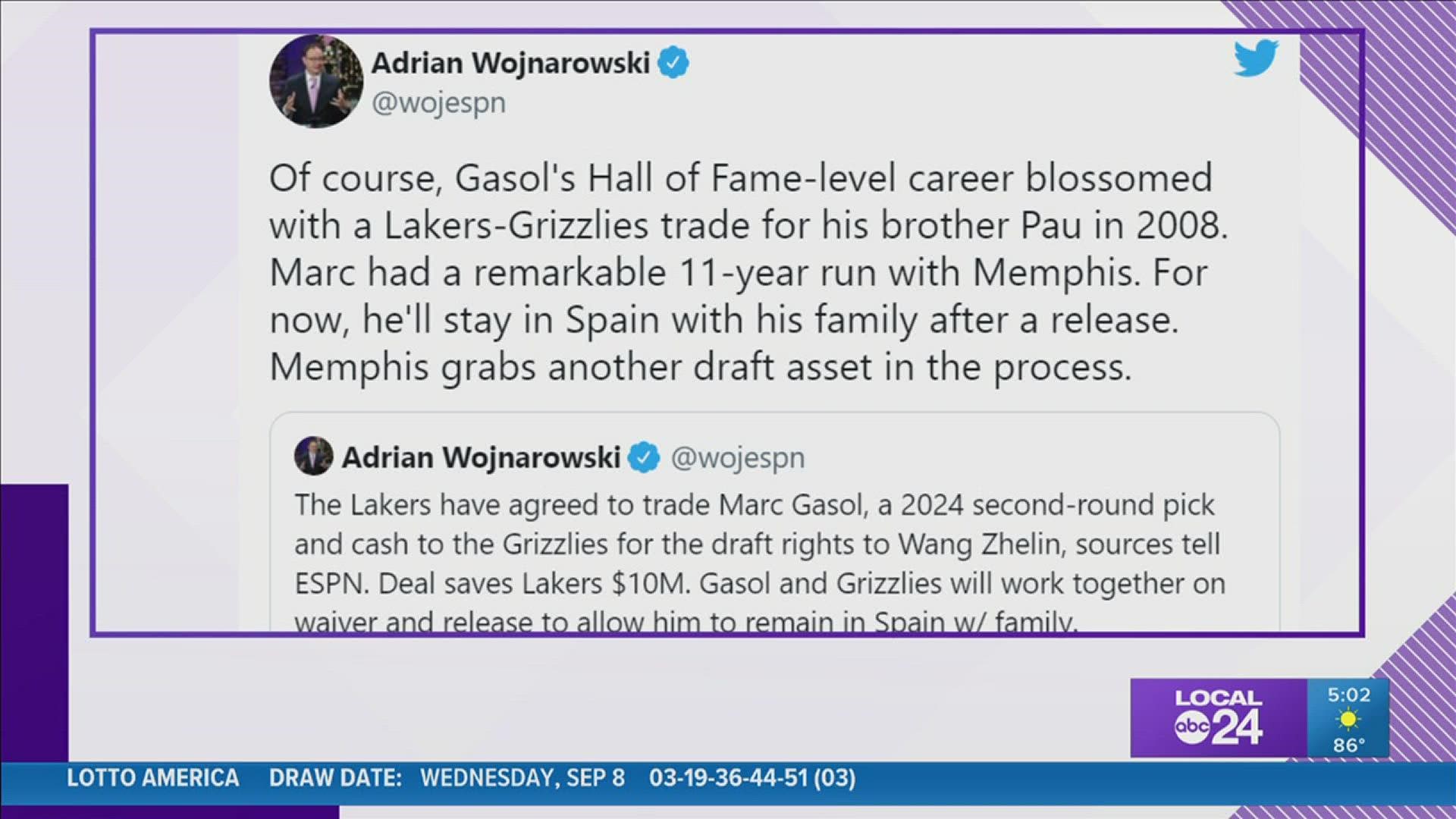 Gasol was acquired by the Grizzlies from the Los Angeles Lakers with a 2024 second round draft pick for the draft rights to center Wang Zhelin.

9/10/2021 - The Los Angeles Lakers have agreed to trade Marc Gasol to the Memphis Grizzlies.

The deal is for Gasol - a former Memphis Grizzlies player - a 2024 second-round pick, and cash, in exchange for draft rights for Wang Zhelin.

Adrian Wojnarowski with ESPN said Gasol and the Grizzlies are working together on a release and waiver to allow Gasol to remain with family in Spain. Gasol will stay in Spain with family after his release.

Gasol has played 13-years in the NBA - with the Grizzlies, Raptors and Lakers. He was a member of the Grizzlies’ Western Conference Finals team in 2013, and helped guide the Grizzlies to seven consecutive playoff appearances during his 11 seasons in Memphis.

Zhelin has played professionally for Fujian in China since he was drafted by the Grizzlies with the 57th overall pick in the 2016 NBA Draft.

Of course, Gasol's Hall of Fame-level career blossomed with a Lakers-Grizzlies trade for his brother Pau in 2008. Marc had a remarkable 11-year run with Memphis. For now, he'll stay in Spain with his family after a release. Memphis grabs another draft asset in the process. https://t.co/X0MBpkzwWO