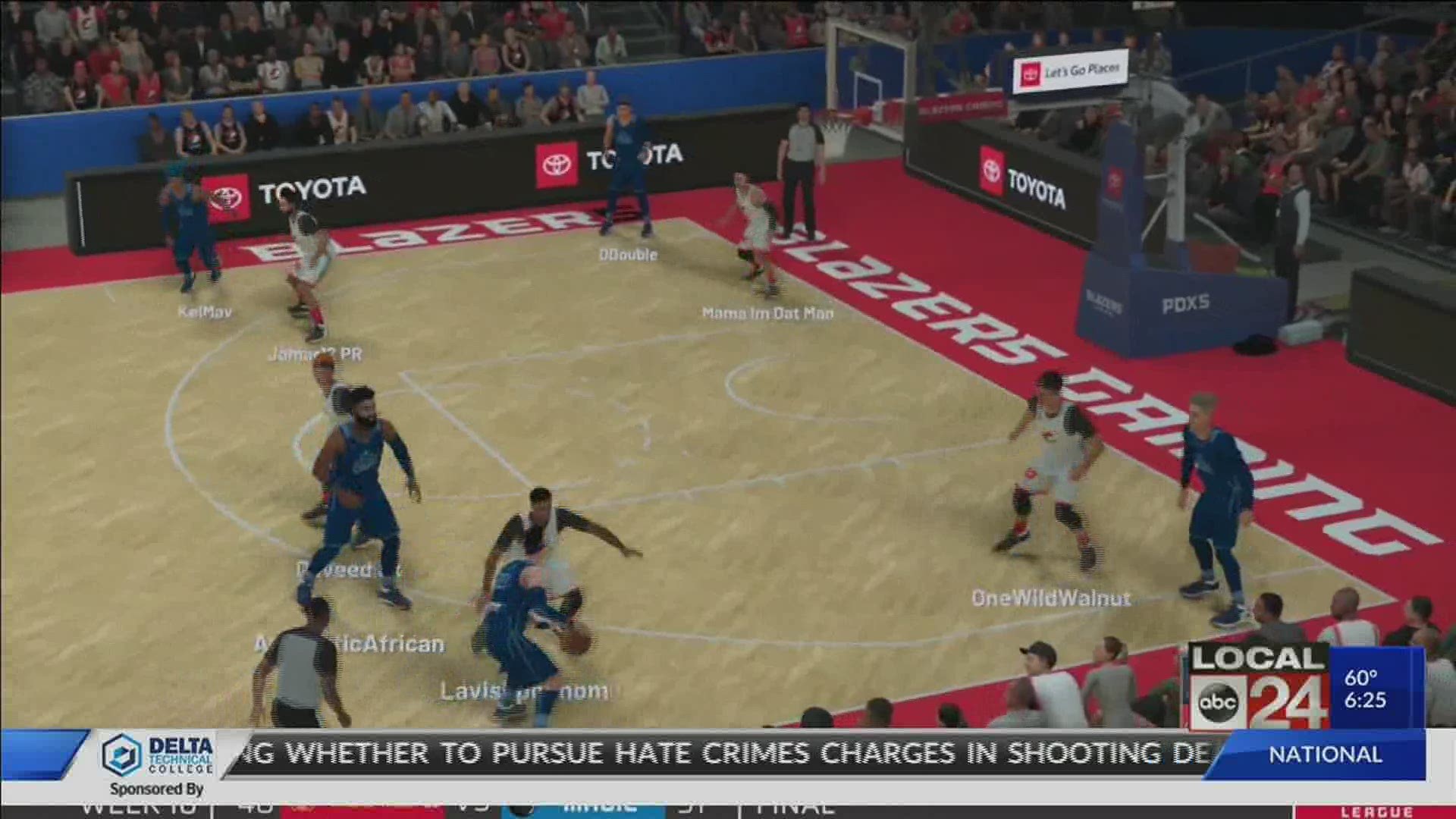 The game will be shown on ESPN 2. Given the absence of traditional sports, the air time presents an opportunity for the NBA 2K League to expand its audience.

"There is a void of content out there," general manager Lang Whitaker said. "We're uniquely positioned to step into that void and hopefully put on a little bit of a show."

They get the ESPN platform, but the players will not be competing while physically together on their usual arena-style stage. Instead the gamers are going back to basics, playing on their consoles at home.

Tuesday will also mark the Grizz Gaming debut of G O O F Y 7 5 7, who the team acquired from Knicks Gaming this offseason.

RELATED: Video games continue to be popular during coronavirus pandemic