Grizz Hearts started in 2012 at the Carpenter Art Garden by Donte Davis. 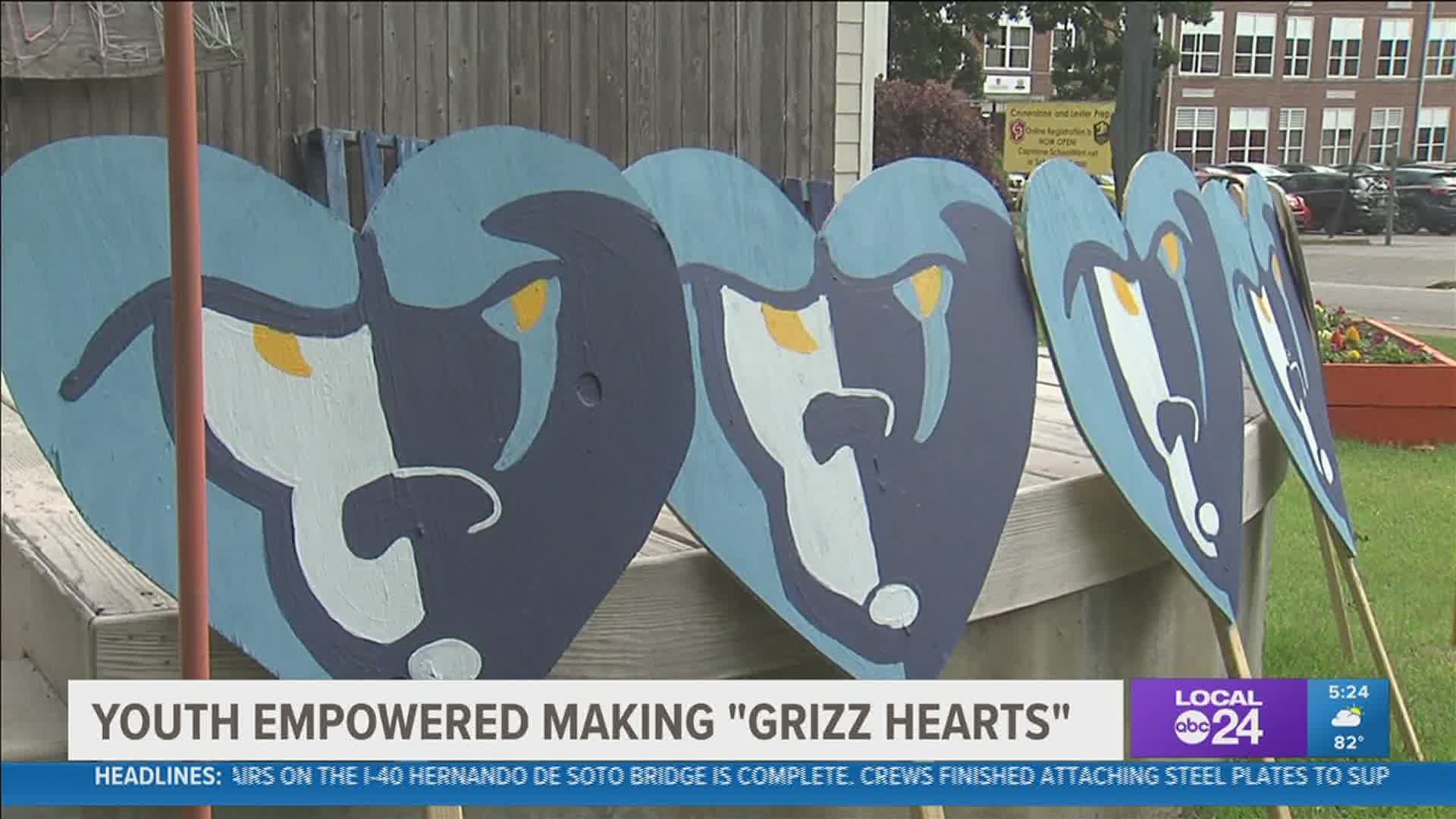 MEMPHIS, Tenn. — Richard Carr, known to most as Mr. Ricky, estimates he has individually cut thousands of wood hearts in the last decade.

It's a project that quite literally comes from the heart.

He has since grown up and graduated high school. Now, the Grizz Hearts design has passed to new hands.

9th grader Daria Davis now individually paints each heart with the Grizz logo, a skill she has mastered quickly as the playoff orders begin to flow in.

“At first I didn't know how to do it but I started doing more and more and it got easier but it’s enjoyable for me," she said.

Donte Davis started Grizz Hearts through Binghampton’s Carpenter Art Garden in 2012. The idea blew up with Grizz fans clawing for one of their own. pic.twitter.com/9zjf7W6t02

Daria is one of the many kids that grew up going to the Carpenter Art Garden in Binghampton where the Grizz Hearts got its start with Donte nearly a decade ago. She's been going there just as long and now is considered a teen leader.

"I like seeing the kids enjoy themselves like I did when I was their age," she said.

Mr. Ricky is the property manager. Over the last decade the space has empowered kids in the neighborhood.

“It helps kids because we're in a kind of neighborhood that do a lot of violence and so it's a safe place for them," he said.

The Carpenter Art Garden provides kids a space and outlet to channel their creativity in so many ways through art projects, gardening and fun activities like bike rides which became a popular activity during the pandemic.

“They do a lot of stuff like gardening stuff kids have never done and give them the opportunity to do that and see if they like it," Davis said.

Proceeds from each sale go to Daria and the Carpenter Art Center.