Wednesday was game two of the playoffs against the Utah Jazz. 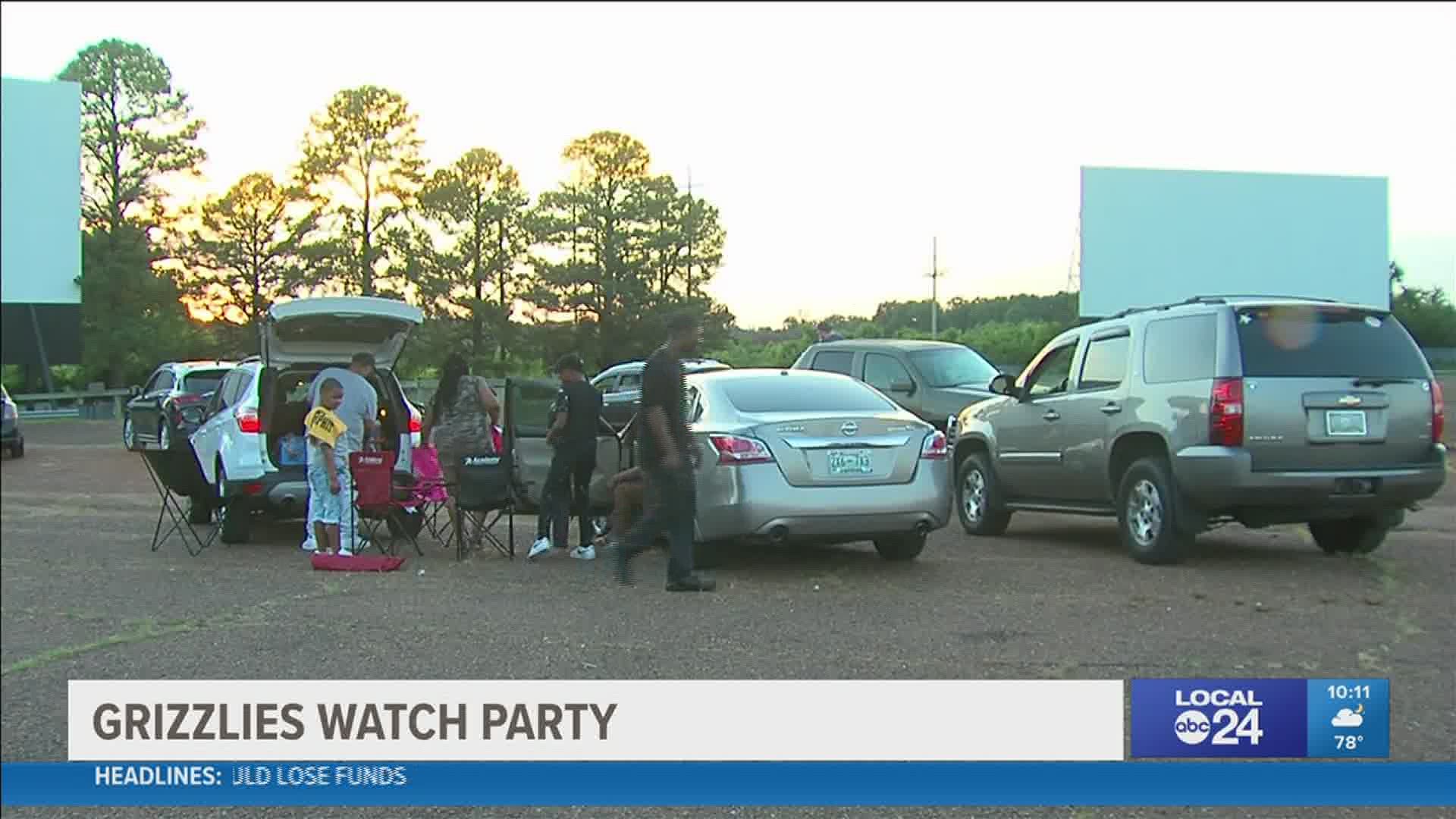 The Memphis Grizzlies held an official watch party for the second game of the playoffs at the Malco Summer Drive-In. It was a sold-out event with hundreds who came out to watch the game under the stars.

People had their Grizzlies gear on, Growl Towels in hand, and a lot of energy for another Grizzlies win. The team made their last playoff appearance in 2017, but fans, like Michelle Leary, are hoping this year's playoff run will be the first of many.

"I believe that a couple more years and they'll be able to bring us to the playoffs every year, hopefully," Leary said.

Some fans expect the Utah Jazz will have to step up their game throughout the playoffs against the Grizzlies. The Grizzlies beat the number one seed team Sunday night.

The @memgrizz playoff game is about to start! 🐻 🏀

Fans are watching the game on the big screen at the Malco Summer Drive-In.

They are hoping for another big win tonight. @LocalMemphis pic.twitter.com/MGUzGNGs5A

Fans are proud of the team's hard work this season, so matter the outcome, they'll always be cheering on their Grizzlies.

"We're dedicated, we're here, and we're not going to let them down just like they don't disappoint," Leary said.

The next playoffs game with the Grizzlies will be played at FedEx Forum on Saturday.