Fans were able to watch the playoffs game Wednesday at Fourth Bluff park. 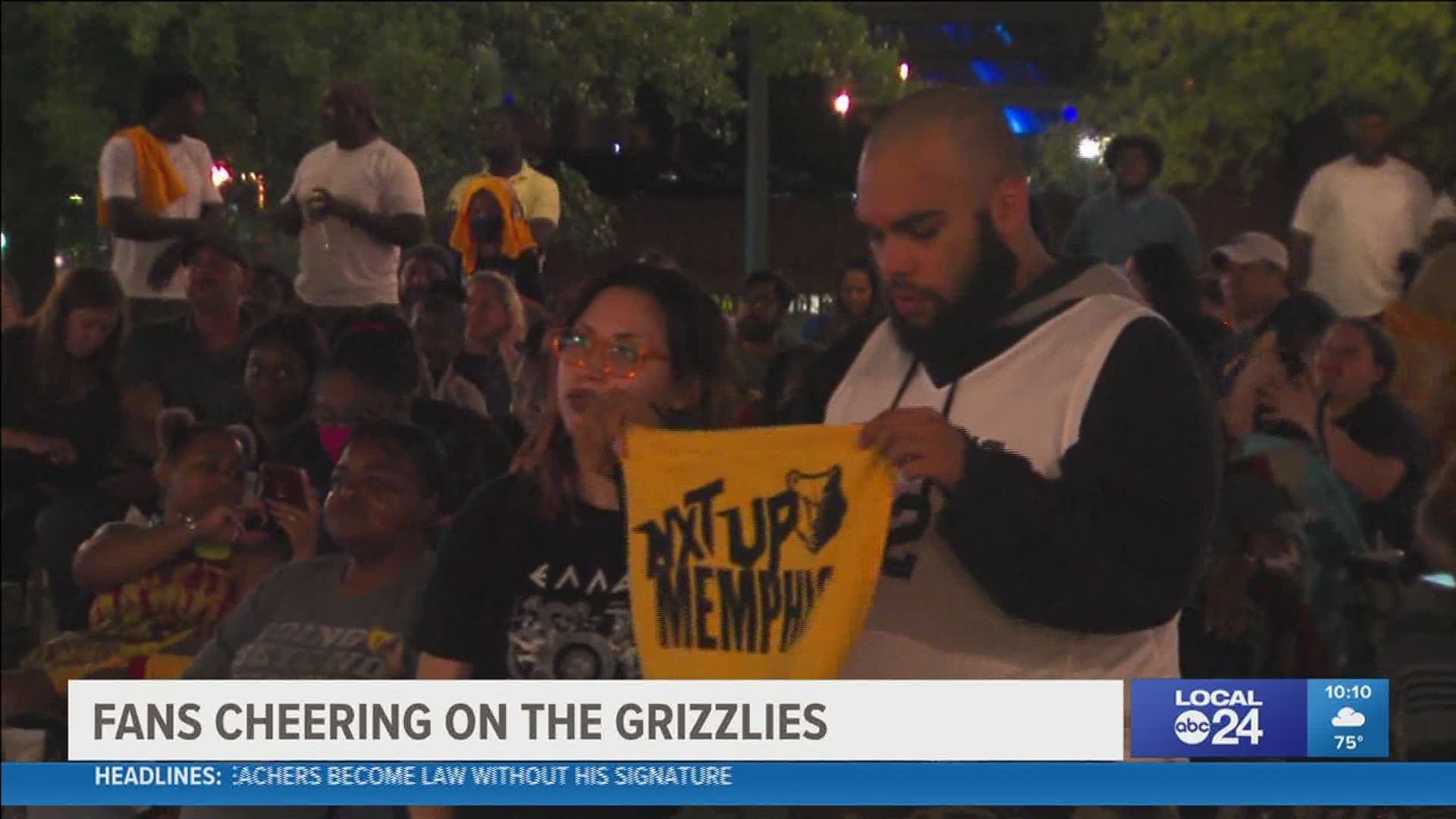 MEMPHIS, Tennessee — Grizzlies fans Wednesday night were rooting for their favorite team in Game 5 in the playoffs against Utah Jazz.

Grizz Nation turned out in full support of the Grizzles team at Fourth Bluff Park where fans could receive Grizzlies swag.

"We've done good you know but I think we can do better," said fan Carcheon Galloway.

"I just think that they can do it," said Galloway. "In spite of all the discrepancies and everybody that's hating on them he (Ja Morant) can do it and they can do it."

A look at the Grizz Watch Party tonight for game 5. Fans are watching at Fourth Bluff park. pic.twitter.com/N2BqY2P4SN

"Number one because of a new direction in the front office with the new coach Taylor Jenkins, he's doing good," said Miler. "Of course Jaren and Ja who are doing awesome."

Miller said while trying to find the right chemistry late in the season and also trying to make the playoffs there’s bound to be some struggles.

"We are facing elimination but I believe we're going to eliminate the elimination game and be back here on Friday for game 6," said Miller.

As far as next season goes….

"To be honest with you it just depends on who stays and who goes," Miller said. "With the other core four, with Ja, Jaren, Dillon and Jonas and whoever we keep we have to build around them."

Fans said sports is in part the glue that keeps the city together, explaining that the camaraderie that the Grizzlies provide Memphis is something special.