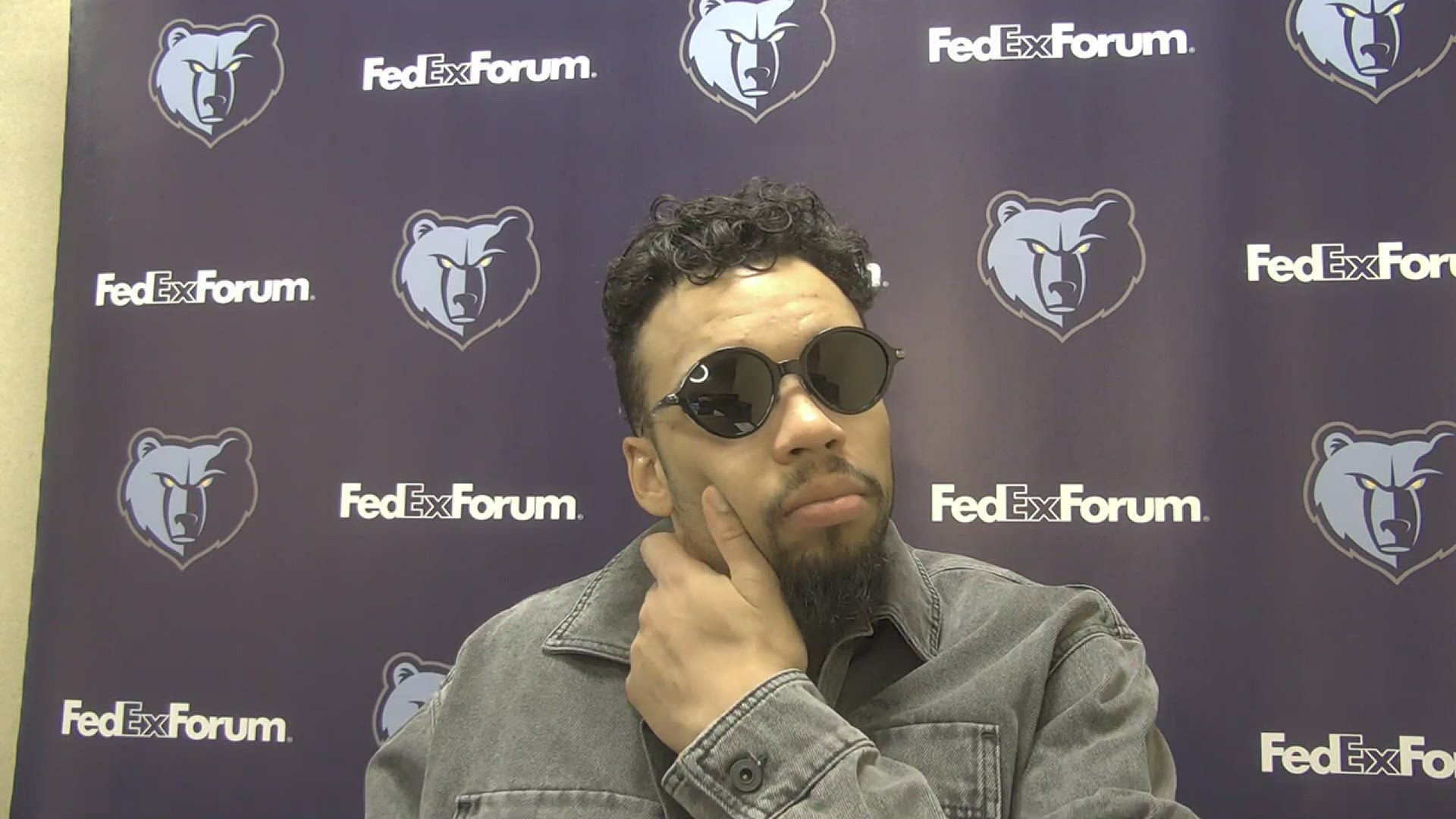 MEMPHIS, Tenn — There is no question that Dillon Brooks' style is a vital contribution to the Grizzlies, but when he reaches a specific point total, he also helps to fashion wins.

Brooks scoring 20 points or more is the common thread in all four of Memphis' wins this season. You have to go back to last March (pre-pandemic) to find a Grizzlies win where Brooks did not reach the 20-point plateau.

The Oregon product is shooting just 39.8% this year. While his shot selection has been a persistent issue, his shot tends to fall at just the right times. Like Monday's final-minute triple to finish with 21 points, and seal the 101-91 win at Cleveland.

"He makes big shots." Xavier Tillman Sr. said. "It's not like just a bucket, it's like timely big-time shots, and those always seem to push us over when we get the wins."

Brooks' defensive efforts, along with his seven rebounds and three assists helped lift Memphis to their 10-point win despite allowing the Cavs to dictate their preferred slower pace for much of the game.

"Tyus always keeps talking to me about my pace and finding guys and playmaking and so does coach," Brooks said. "That's what I tried to do [Monday]. Overall, it feels good to win. This is our second game winning, and we'll just try to keep it going."

Their next chance comes Wednesday, with the first of two games at Minnesota.