Jaren Jackson is in full health for the first time since his rookie season. He talks contract extension and season plans. 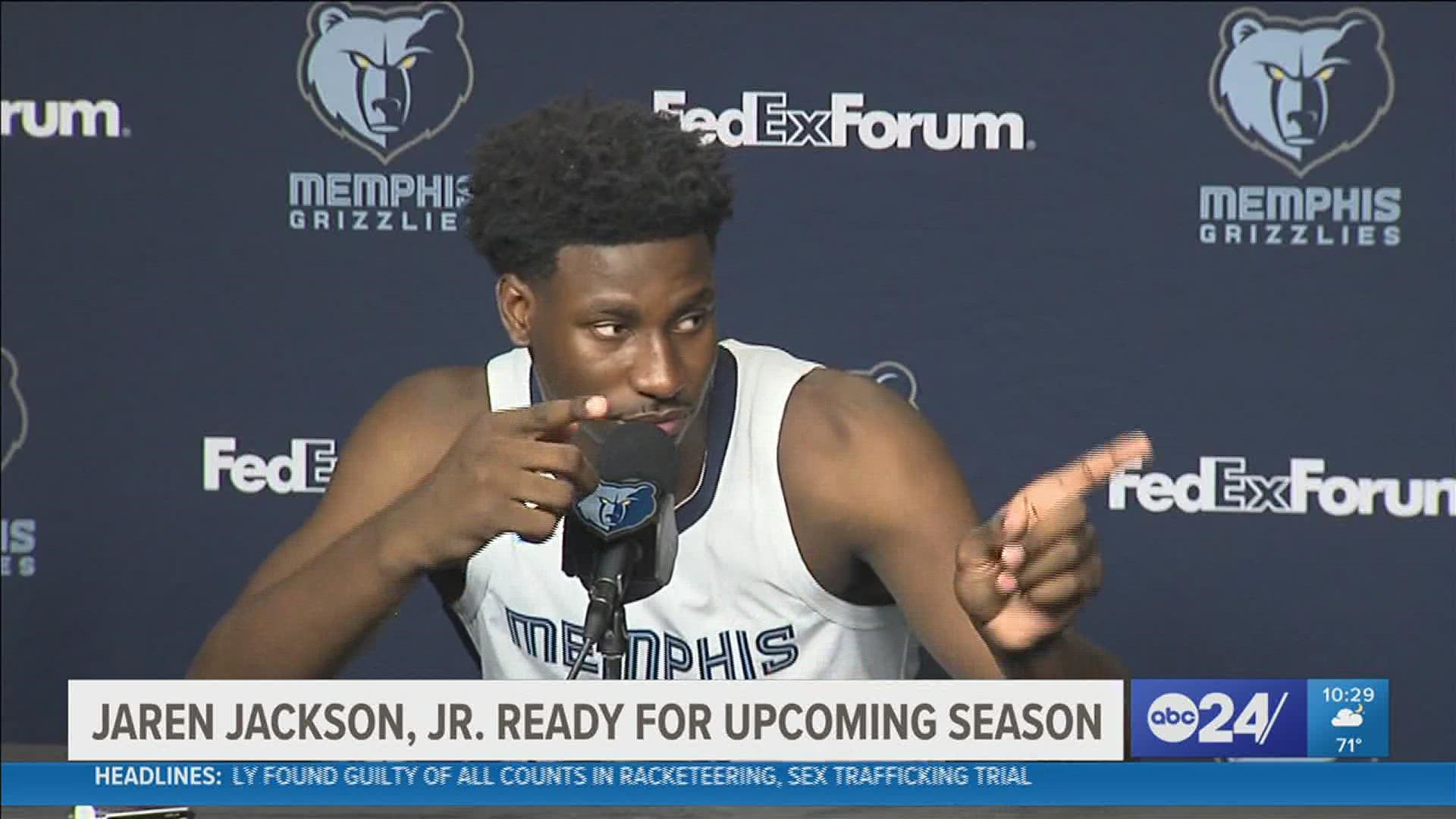 “For this team to reach its ceiling, for us to be our best selves, that involves Jaren coming into his own offensively and us putting him in a position to be successful,” said General Manager Zach Kleiman.

The Grizzlies kick off preseason play on Oct. 5th.

Despite the season nearing, the Grizzlies' 4th overall pick in 2018 has yet to sign his rookie contract extension with an October 18 deadline approaching.

However, for the first time since his rookie season, Jaren is healthy and focused on playing.

“Non of the business side becomes a nagging thing and thank God for the front office being who they are. And thank God for my team, they work well,” said fourth-year forward Jarean Jackson Jr.

Although both sides seem committed to keeping Jaren in Memphis, the Grizzlies may be waiting to see Jackson's progress on the court before giving a maximum contract extension.

A torn meniscus kept Jaren off the court for the tail end of his second year and a good part of his third.

“I was out for a minute. Everybody and their momma wanted me to come back,” said Jackson.

Including Grizz star Ja Morant who said he and Jackson used the summer to develop chemistry.

“That’s really why we were with each other most of the summer, trying to rebuild that chemistry,” said Morant.

But even with the amount of time missed on the court, Jackson said he's 100% heading into this season.

Zach Kleiman mentioned the ultimate goal is a championship in Memphis.

The Grizzlies feel like they’re on the right track.

“Fun’s back, Grizz are back, Nextgen’s back, whoopie,” said Jackson.