Longtime Grizzlies fans reflect on road to the playoffs

A father and son who are Grizzlies super fans explain the meaning of basketball to the city of Memphis. 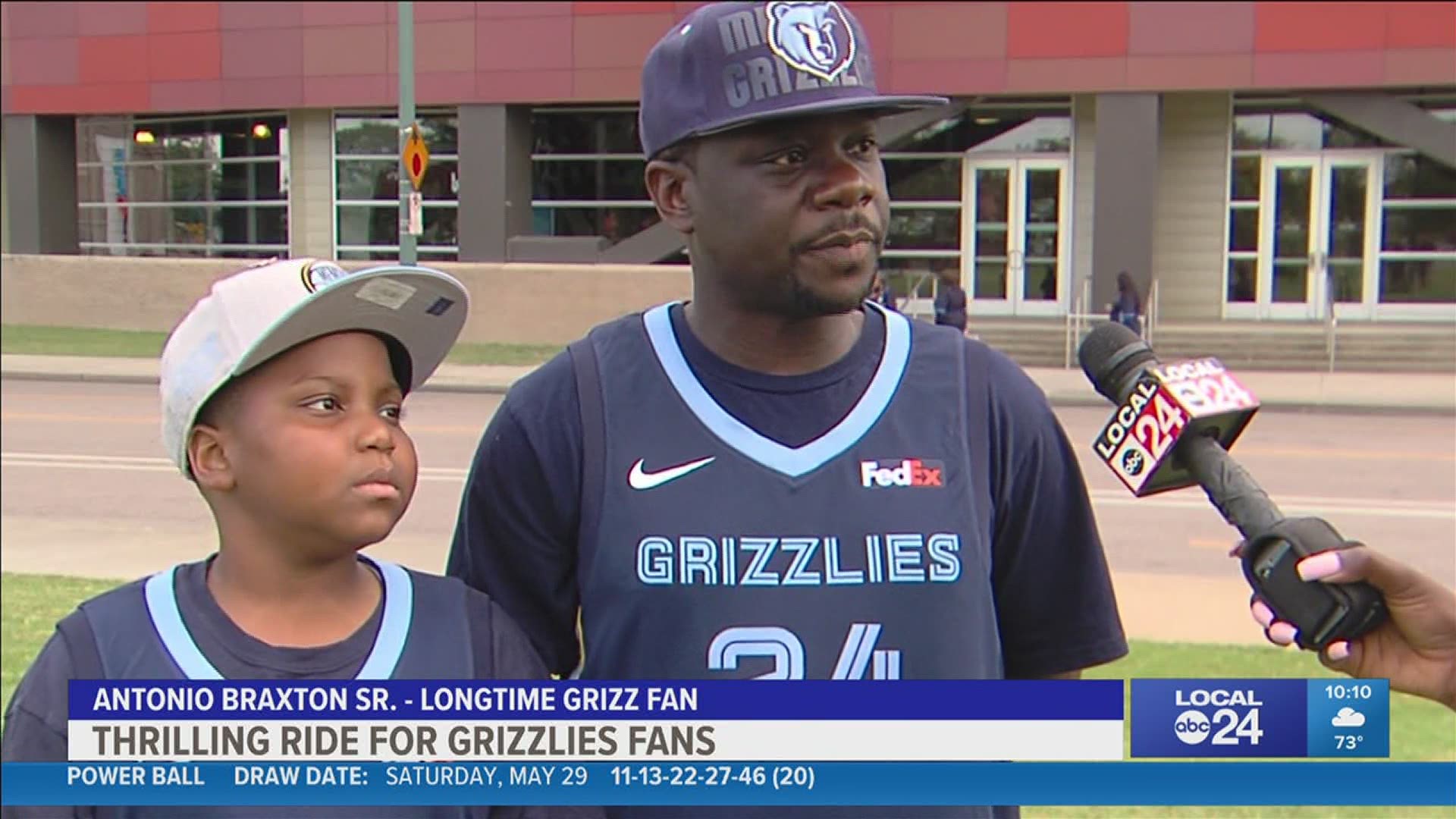 MEMPHIS, Tenn. — Monday, Memphis Grizzlies fans are supporting their basketball team at the FedexForum against the Utah Jazz, and t’s been a thrilling road to get here. Memphis is a basketball town, anytime we’re in the playoffs the city rallies around the team in support. Two longtime Grizzlies fans explain why the game and the team means so much.

“It’s like, it’s amazing to be a Grizzlies fan and getting the passion from my dad,” said 10-year-old Antonio Braxton Jr.

For Antonio and his dad, the sport is more than just entertainment, it’s a passion.

“Been lifelong wrestling fans, lifelong Tigers fans but with the Grizzlies it’s a lot more personal because we finally got on the map,” said Antonio Braxton Sr.

Braxton has been a Grizzlies fan since the beginning, catching most games since the team came to Memphis in 2001.

Meet Antonio Braxton Sr. and his son - both longtime Grizzlies super fans! They speak with me tonight about the grit-n-grind mentality and the journey to the playoffs. @Tony21976 @LocalMemphis pic.twitter.com/foeb40ZUId

We spoke with Braxton in 2019, where he showed us his extensive memorabilia and jersey collection at home covered floor to ceiling with autographed towels and team jackets. Now the game is a shared bond he has with his son.

“His true first words believe it or not he was crawling up to the TV and was saying “defense, defense,” said Braxton. "Before my or dad or anything so he was born to be grit-n-grind.”

Braxton said the team is meaningful to the city.

“They bring people together. It’s like a real family reunion, it’s a real brotherhood and when you can do that on a basketball court it’s everything.”