Ziaire Williams, a forward out of Stanford, was the 10th overall selection. 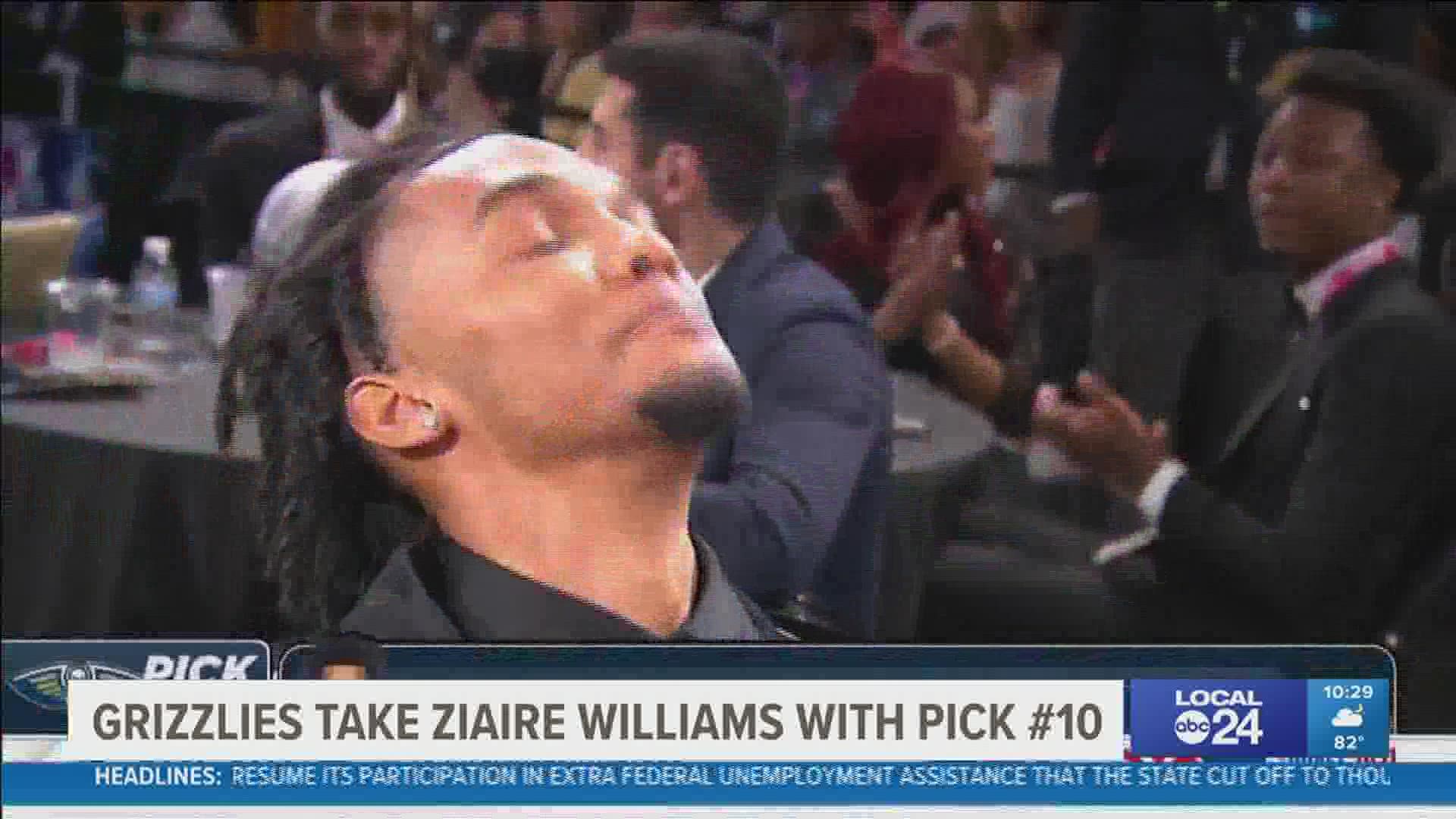 NEW YORK — The 2021-2022 NBA regular season doesn’t start until this fall, but Thursday the Memphis Grizzlies took another step building their roster.

With the 10th overall pick in the 2021 NBA draft Thursday night, the Grizzlies selected Ziaire Williams a forward out of Stanford. The Grizzlies also have the No. 40 pick in the second round. Technically, the New Orleans Pelicans made the pick, but earlier in the week, the Grizzlies acquired the 10th selection in a trade.

Thursday, Grizzlies star guard Ja Morant, who knows the importance of the NBA draft, tweeted, “draft day a big day for a lot of guys.”

The Grizzlies later closed the first round in a deal with the Utah Jazz trading the 40th pick to Utah Jazz for the 30th pick, picking up Santi Aldama.

So far, according to ESPN's Adrian Wojnarowski the Grizzlies is also expected to sign Yves Pons, the SEC's defensive player of the year out of the University of Tennessee.

Memphis is targeting Santi Aldama at No. 30, per sources. https://t.co/FeTJvKcPvp

Tennessee's Yves Pons -- the SEC's Defensive Player of the Year -- is expected to sign with the Grizzlies, sources tell ESPN.

The Grizzlies are coming off a 38-34 season which ended with a first round playoff loss to the Utah Jazz, the first time Memphis was in the playoffs since 2017.

Memphis moved up to No. 10 this week, and awaiting the Grizzlies outstanding young core of talent atop team's draft board: Ziaire Williams.

Ziaire Williams (@therealZiaire) gets selected 10th overall by the @PelicansNBA!

No Weapon Formed Against Us Shall Prosper! Incredibly Blessed All Glory To the MAN ABOVE! 🙏🏾❤️ pic.twitter.com/1J94pQvYxs