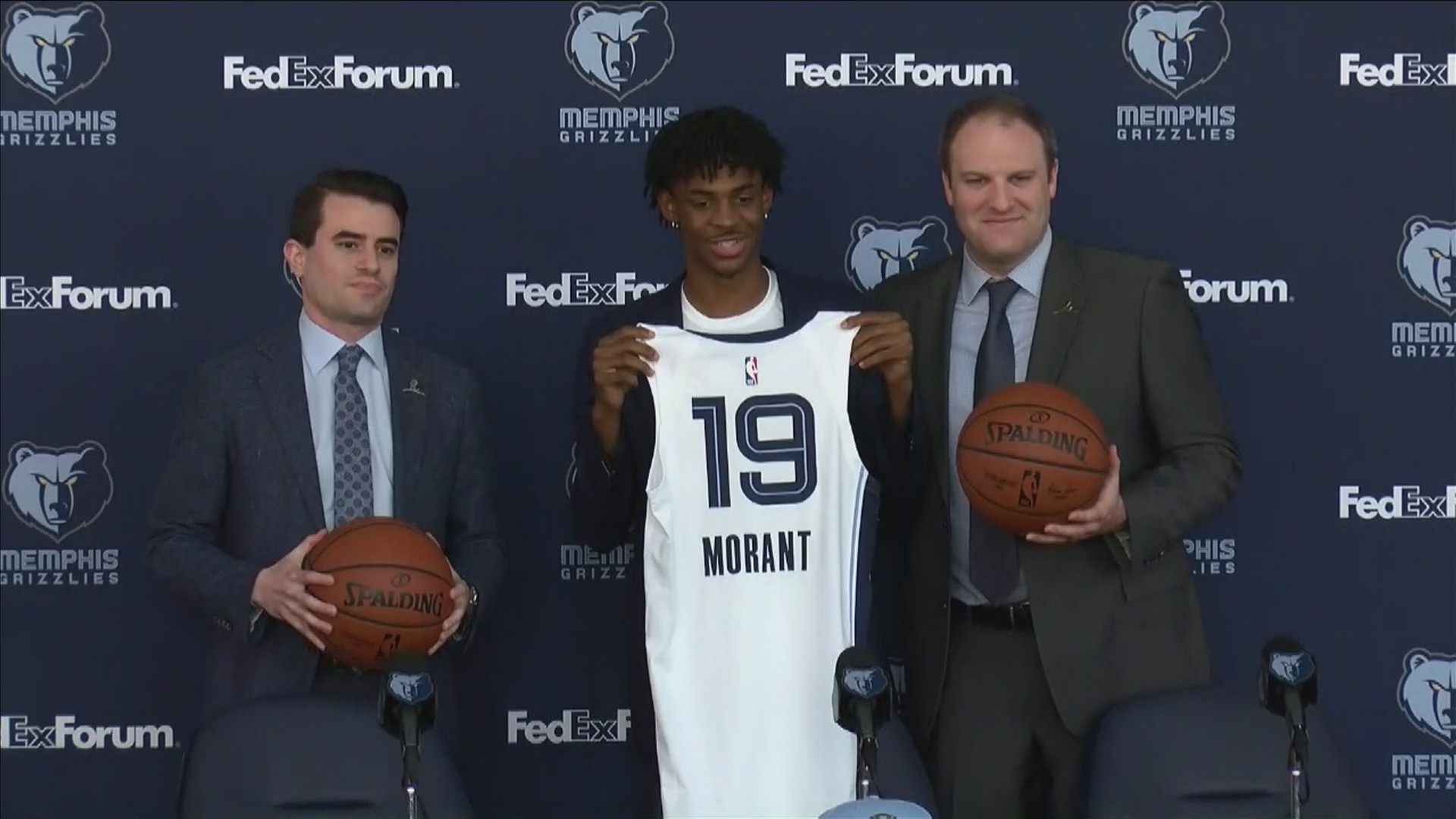 You can watch the full news conference above.

Ja Morant says he’s sorry for saying South Carolina BBQ is as good as Memphis BBQ so all is ok in the world. pic.twitter.com/22pKWQBG9Q

“I knew this was a great organization… and I’m excited.” – @igotgame_12 pic.twitter.com/dMTbFtlknB

From the Memphis Grizzlies:

“Named the 2018-19 Lute Olsen National Player of the Year and BobCousy Award winner as the nation’s top point guard, Morant (6-3, 175) ledMurray State to a 28-5 record and the 2019 Ohio Valley Tournament championshipas a sophomore last season. The 19-year-old started all of his 33 games for theRacers last season and averaged 24.5 points, 5.7 rebounds, 10.0 assists and1.76 steals in 36.6 minutes, leading all Division I players in assists andranking seventh in scoring. Morant became the first player to average at least20 points and 10 assists in a season since the NCAA officially began countingassists in 1983-84.

The consensus 2018-19 All-America First Team selection guided MurrayState to the second round of the 2019 NCAA Tournament and posted the ninthtriple-double in NCAA Tournament history with 17 points, 11 rebounds and 16assists in a first-round victory over Marquette. It marked Morant’s thirdtriple-double of the season, which led all Division I players.

Morant, who shot 49.9 percent from the field, 36.3 percent fromthree-point range and 81.3 percent from the free throw line, recorded 331assists in 2018-19, which is the sixth most in NCAA history in a single season.His 18 assists on Jan. 10, 2019 vs. UT Martin were the most by any Division Iplayer last season.