NBA postpones Grizzlies next three games due to COVID-19 protocols

The NBA said the Grizzlies will not have the league-required eight players available to proceed. 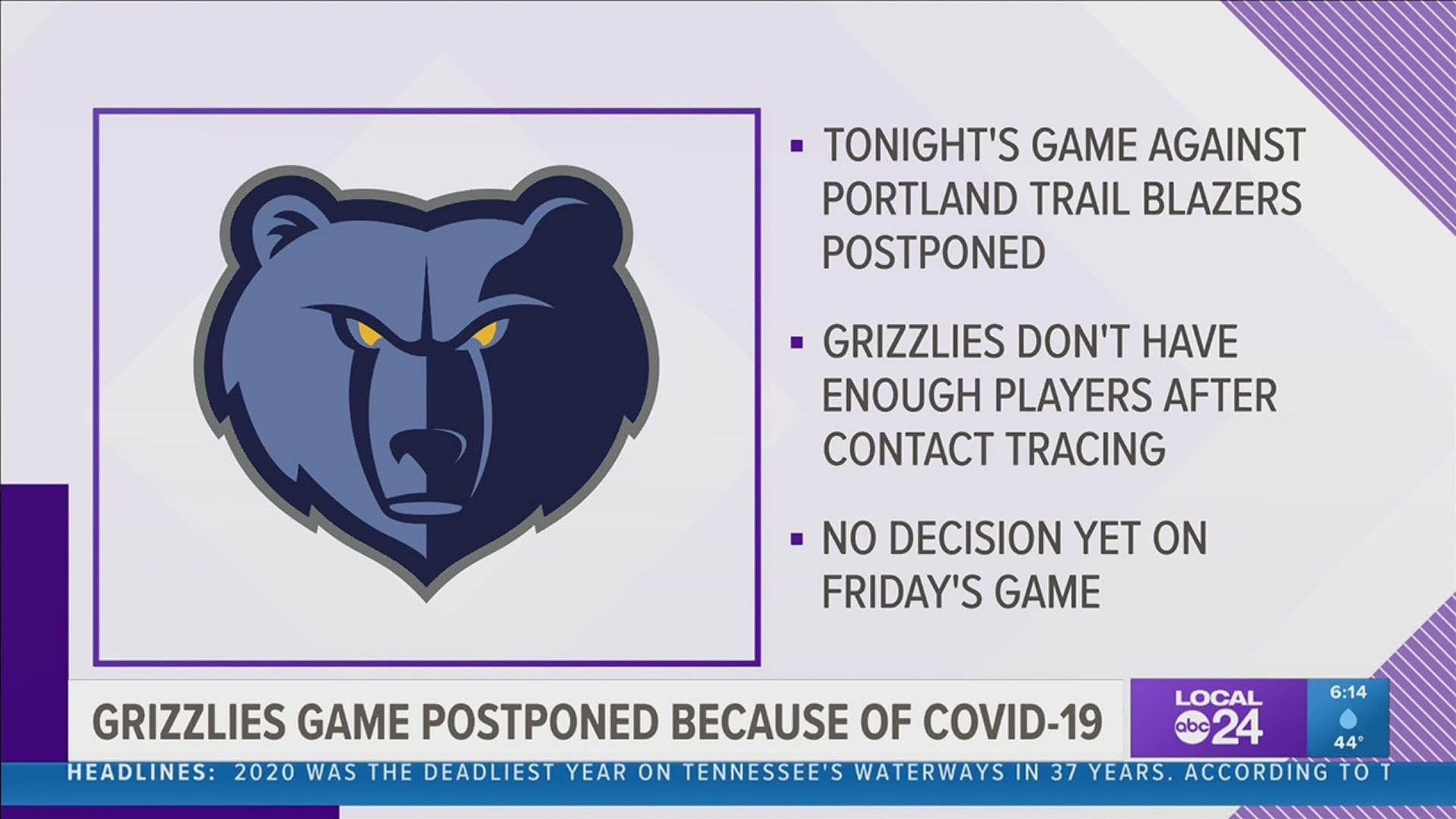 MEMPHIS, Tenn. — UPDATE 1/21/2021 - (NBA NEWS RELEASE) - The Memphis Grizzlies’ next three games — Friday, Jan. 22 at Portland and Sunday, Jan. 24 and Monday, Jan. 25 vs. Sacramento — have been postponed in accordance with the NBA’s Health and Safety Protocols.

The games are being postponed due to unavailable players for the Grizzlies and contact tracing for other players on their roster, and in order to ensure the health and safety of players on both teams.

The following has been announced by the NBA. pic.twitter.com/GUIfbmBZTB

1/20/2021 - The NBA has postponed Wednesday night's game between the Memphis Grizzlies and Portland Trail Blazers because of COVID-19 contact tracing.

The Grizzlies canceled their shootaround Wednesday morning. In a tweet, the NBA said, "Because of ongoing contact tracing within the Grizzlies, the team will not have the league-required eight players available to proceed with the scheduled game against the Trail Blazers."

The Blazers and Grizzlies play again Friday. That game could also be in jeopardy, though no announcement has been made.

This will be the 16th NBA game this season that has been postponed because of the league's health and safety protocols.

The following was released by the NBA. pic.twitter.com/8itd81kyj3