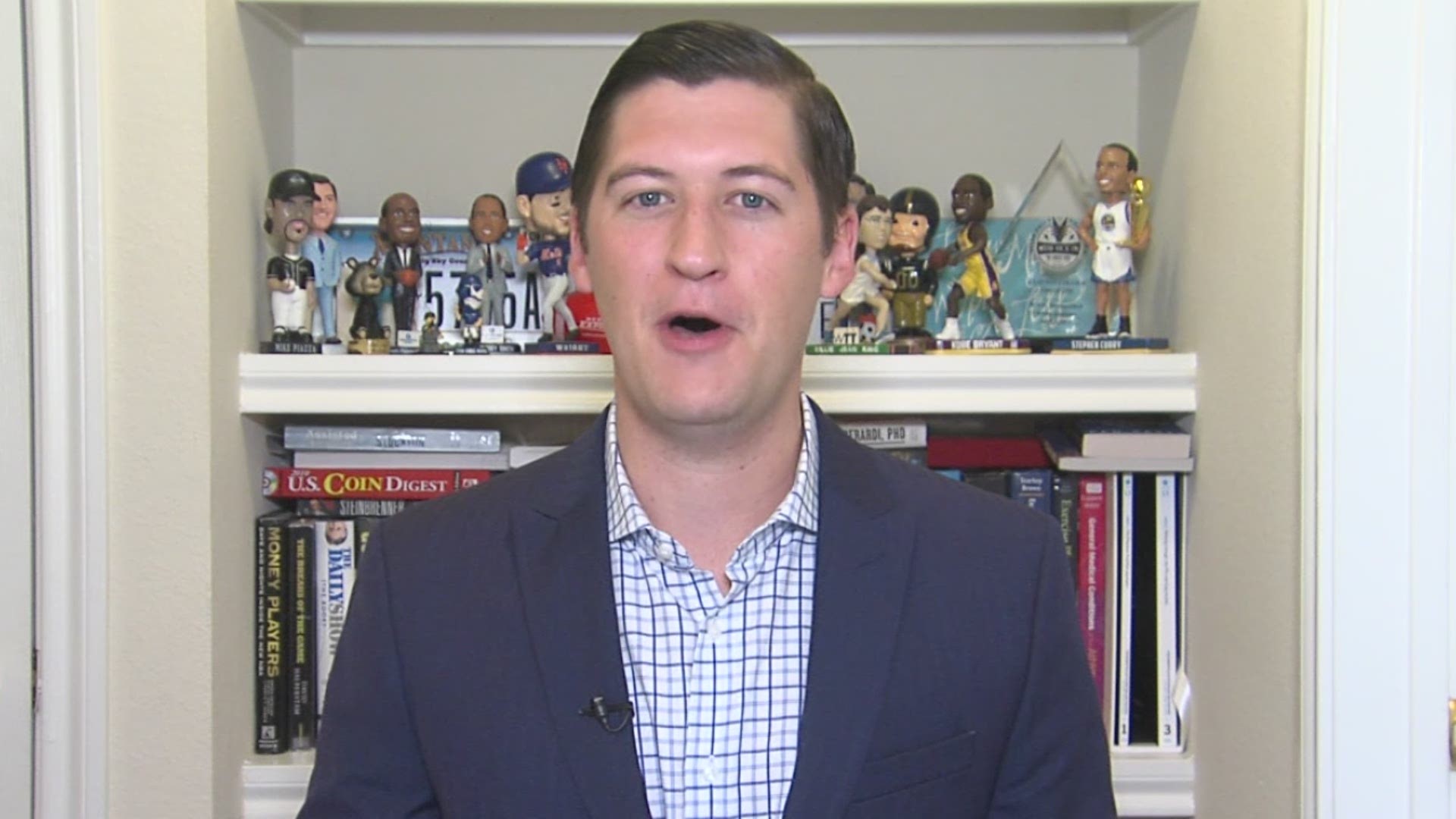 MEMPHIS, Tenn. — What if I told you there is a place where, despite COVID-19, basketball lives on.

Where the Bluff City's top players compete in the best pickup games Memphis has to offer.

Where Ja Morant dunks over Moussa Cisse, who then dunks on everyone else in sight.

Where Tigers of old (Will Coleman and Ferrakohn Hall) take on Tigers of now (DJ Jeffries).

While the location is confidential, that place is very real. Inside of the walls of a church gym lies basketball in its purest form.

"It really started with just training and we just went from there," said East High boys coach Javonte Holmes, who organized the covert congregation."It just speaks volumes to Memphis and the surrounding area and the kind of talent we have here."

While the rest of the world will remain starved of Morant's talents for another six weeks, a select few get a front row ticket multiple nights each week.

"When it comes to Ja, any time the ball is bouncing, he wants to be in the same gym," Tee Morant, Ja's father said. "He doesn't care who it is or what talent it is, he just wants to play ball."

Morant has also taken several recruits under his wing like Kennedy Chandler. The 2021 five-star guard said he is getting pointers from both Ja and Tee.

"I'm a one-foot jumper, but [Tee] was telling me I need to start going off two feet so I can be more in control," Chandler said of his jump shot. "It's just a blessing, I'm getting better everyday."

No one benefits from the open runs more than Tigers sophomore wing DJ Jeffries, who said he is now 100-percent recovered from his partially torn posterior cruciate ligament (PCL). The pickup games mark the first time Jeffries is seeing live-game action since his season ended February 1.

"It gave me a chance to get my knee right and catch up with everybody else so I won't be so far behind," Jeffries said. "I'm just going to be like everybody else when I come back."

"We're doing nothing but making each other better each and every day," he said. "By the time we go back to our seasons, we should be dominating whatever we're playing."