The four showings of the film started with a message from 'The Kid from Akron' himself. 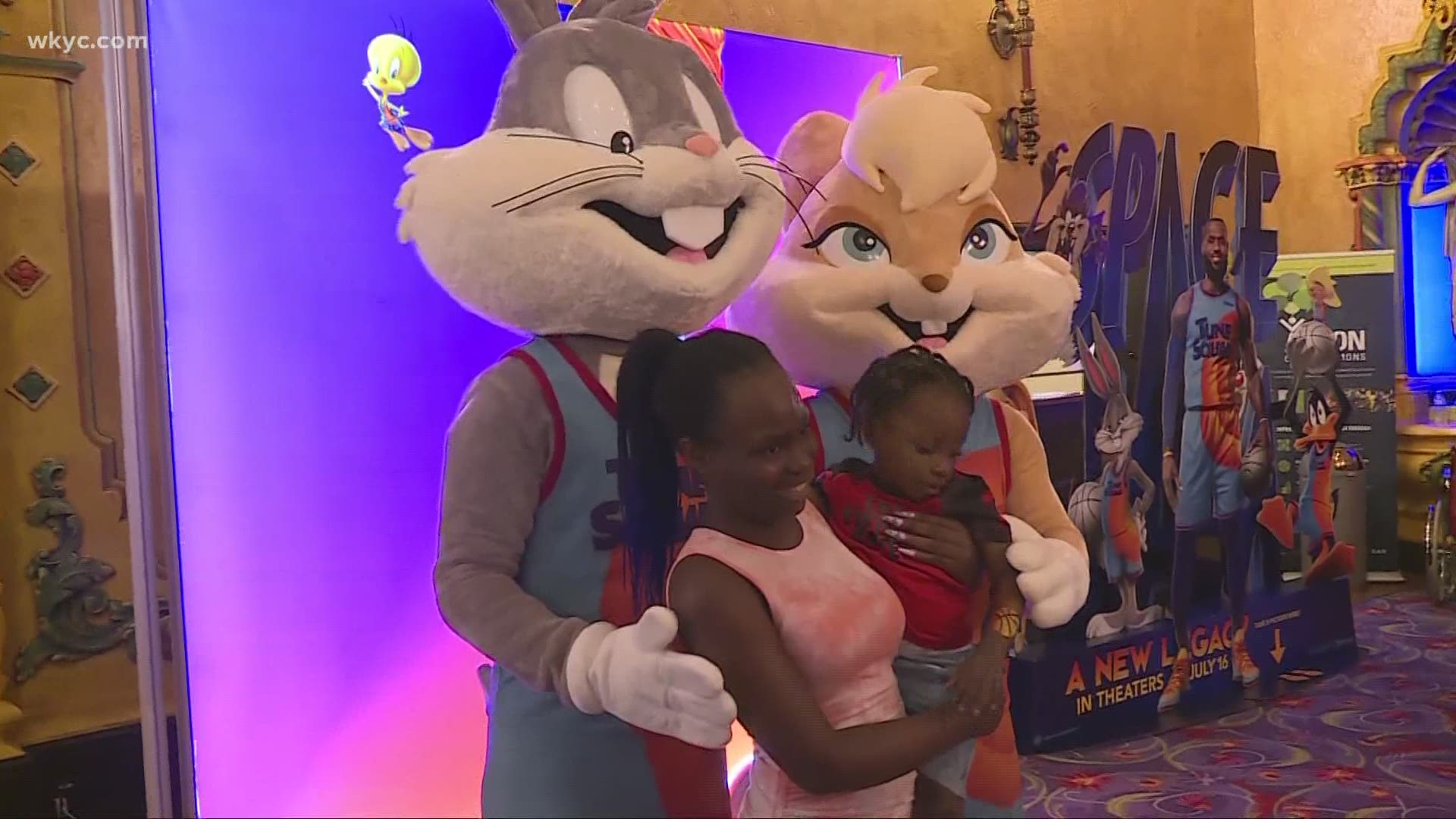 AKRON, Ohio — The Rubber City was hopping on Thursday night.

At the historic Akron Civic Theatre, they rolled out the red carpet for the Lebron James Family Foundation for an exclusive showing of "Space Jam: A New Legacy." Foundation families got free popcorn, candy and soft drinks, and there were photo ops everywhere.

The four showings of the new "Space Jam" started with a message from "The Kid from Akron" himself.

"This is my appreciation for you guys to be able to screen 'Space Jam: A New Legacy early,'" native son LeBron James, who stars in the sequel, told those in attendance.

With each screening, the high-energy film left moviegoers happy.

"It was good," one viewer said, adding James "did some good acting."

"I like when he was in the computer and he made his own game," another remarked.

Lebron James has never forgotten his hometown, and Akron appreciates it.