Fans explain where their loyalty lies in the NBA finals although despite local teams not playing. 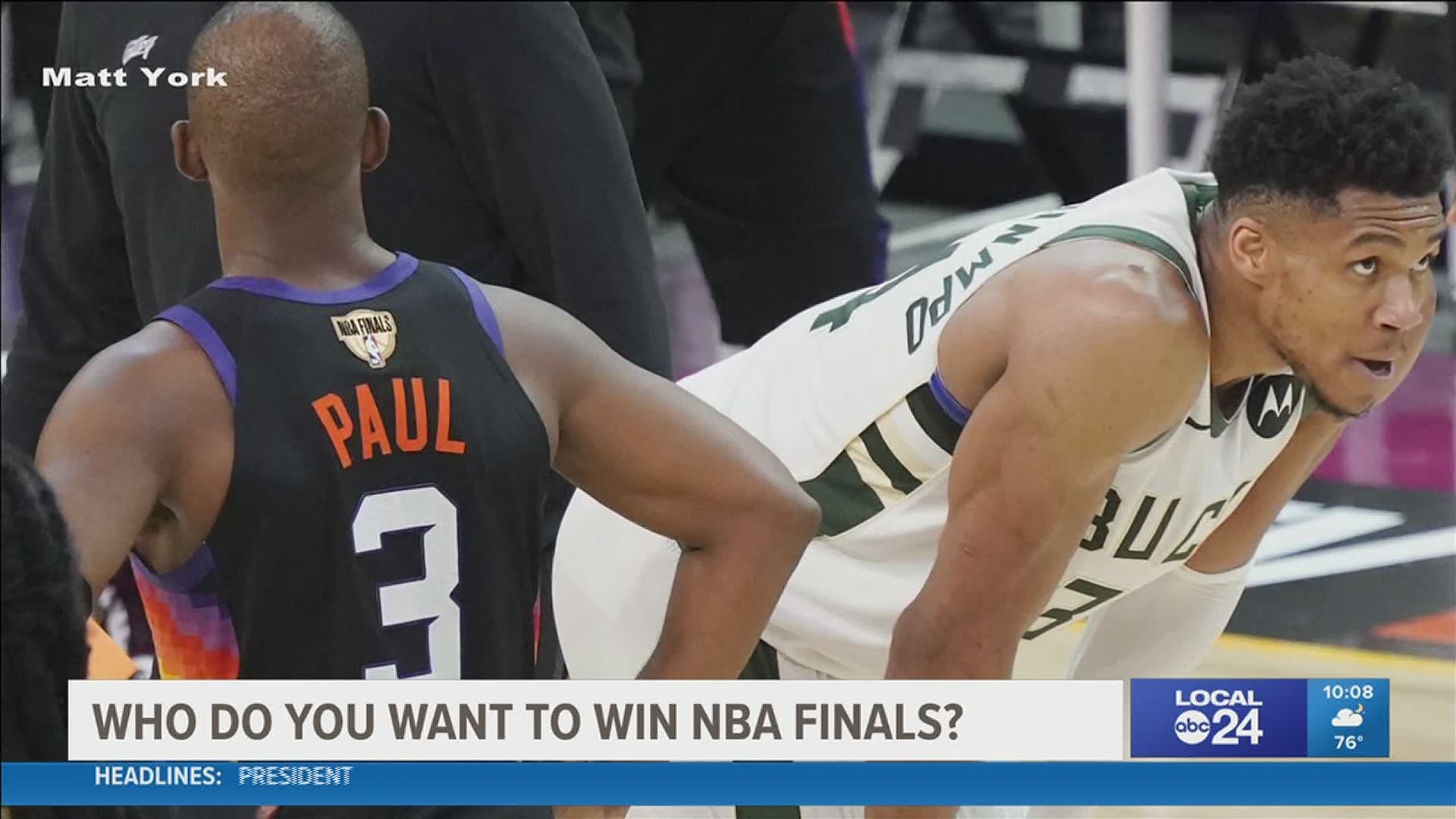 MEMPHIS, Tenn — After winning MVP for the last two consecutive years and also being known as a nice guy, Giannis has become a fan favorite.

On the other side of the NBA finals is veteran Chris Paul, who many people want to see get his first NBA championship.

However, neither of the teams in this year’s NBA finals have much of a fan base here in Memphis.

“The Lakers…love them,” Ambra Butler.

One game at a time. pic.twitter.com/6ITTQu4TK9

However, many Memphians all agreed on who they want to see win the title this year.

“The Phoenix suns in it to win it,” said Butler.

With the Suns leading the series 2-1, although the Memphis natives I spoke with never saw themselves as Suns fans, they say their loyalty lies with one person in the finals regardless of the name on the team name.

All saying they are hoping Memphis native, Cameron Payne is soon an NBA champ.