NCAA in talks with Indianapolis to host 2021 March Madness

The NCAA decided hosting 13 preliminary rounds at sites across the country was not in the best interest for health and safety. 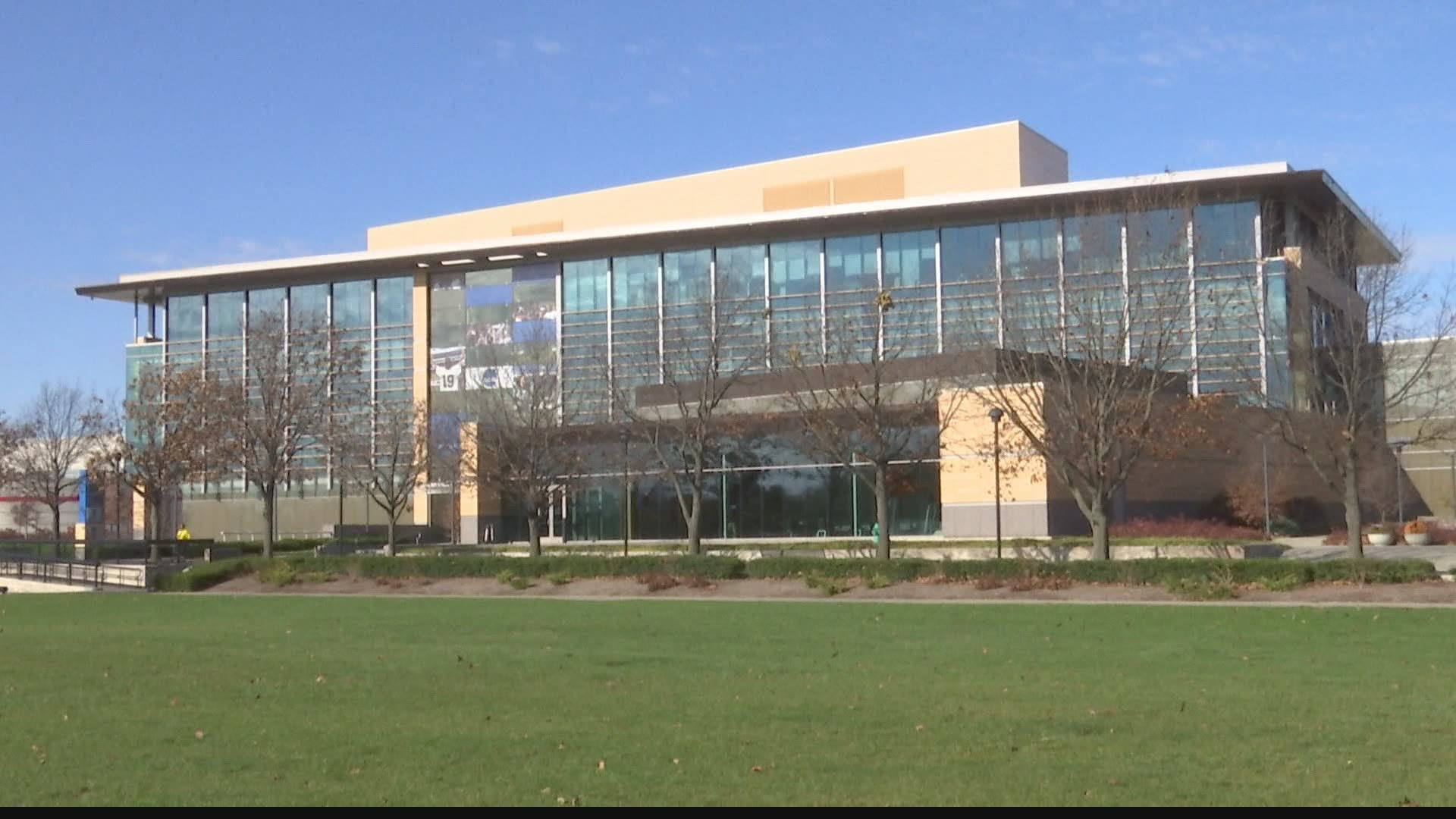 INDIANAPOLIS — The NCAA announced Monday it would relocate the 13 sites for the preliminary rounds of the 2021 Men's Basketball National Championship. The organization is in talks with the State of Indiana and the City of Indianapolis about hosting the entire tournament in a single geographic area.

The announcement came after discussions made it apparent that hosting preliminary rounds in more than a dozen sites across the nation was not the best decision, given the current pandemic.

Indianapolis was already slated to host the Final Four April 3-5 next year. The change would mean additional games for the 68-team tournament during March and April.

The Division I Men's Basketball Committee looked to select a location that required limited travel and access to athletic facilities, medical resources and lodging for teams in a close proximity.

"We have learned so much from monitoring other successful sporting events in the last several months, and it became clear it’s not feasible to manage this complex championship in so many different states with the challenges presented by the pandemic," said Dan Gavitt, NCAA Senior Vice President of Basketball. "However, we are developing a solid plan to present a safe, responsible and fantastic March Madness tournament unlike any other we’ve experienced."

“Indiana Sports Corp and its partners are currently working with the NCAA on the possibility of Indy hosting all 67 games of the Division I Men’s Basketball Championship,” said Indiana Sports Corp President Ryan Vaughn. “We welcome this tremendous opportunity for our city and are confident that we could make this an incredible, and safe experience for all involved.”

“Indianapolis has a reputation for hosting the most successful major sporting events in the country – including eight Final Fours. Our city also boasts some of the nation’s top public health professionals, whose expertise will be crucial in planning for a safe tournament. We are confident that, thanks to the collaboration of our city’s civic organizations and the strength of our hospitality industry, Indianapolis can rise to this challenge. We look forward to continued conversations with the NCAA.”