The football team is protesting police brutality and racial justice. 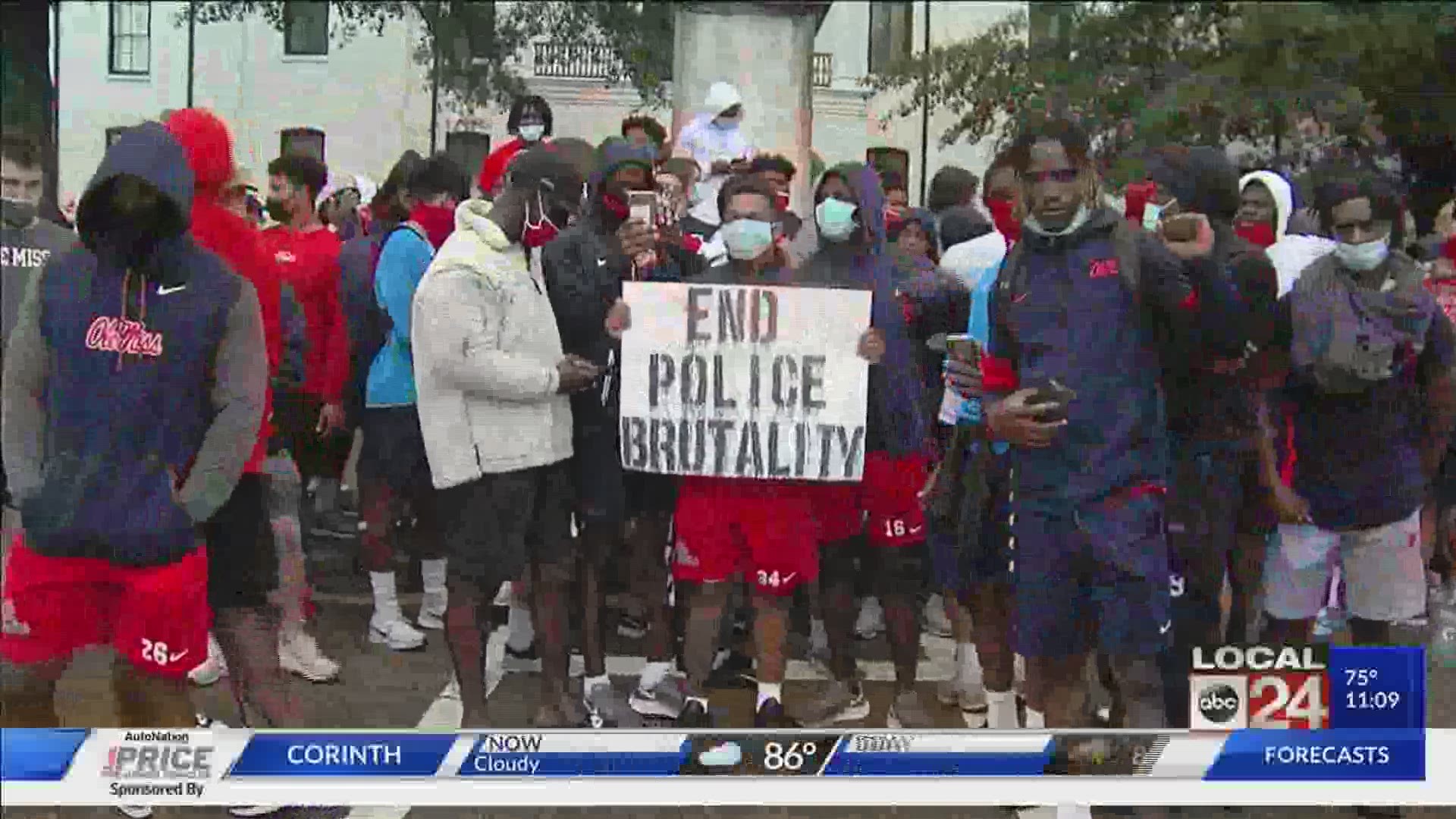 The team marched from the campus to the town center and protested beneath the Confederate statue that stands at the center of square.

They came together, leaving practice to protest for an end to police brutality as teams both collegiality and professionally have held protests this week following the Kenosha shooting.

Players chanted “no justice, no peace” and “black lives matter” while at the statue, and walked around the town square.

Rebels Head Coach Lane Kiffin and other coaches also walked with the team.

In a statement, Kiffin said he met with the leadership council the night before and asked how they wanted to make their voices heard.

"It was a good discussion, and this morning, the team decided to march in unity and use their platform to send a message," the statement read. "I'm proud of our players coming together for justice and change. We are going to continue to work together to improve the world around us for everyone."

I’m proud of our players coming together for justice and change. We are going to continue to work together to improve the world around us, for everyone. https://t.co/1RUekwEgWB

A team statement said the Ole Miss family is committed to change.

"Police brutality and other injustices occurring across our nation have to end, and our team stands united to embrace our diversity and promote a culture of peace, equality and understanding," it read. "Regardless of our backgrounds, we all need to listen to each other and learn to respect and love our differences."

Many Oxford residents did come out to cheer them on.

The protest lasted about an hour before the team made their way back to campus.

Oxford Police released the following statement on the protest: "We have received many calls and questions in regards to the demonstration held by the University of Mississippi student athletes this morning. This was not a permitted event and law enforcement was not made aware until the event started. As law enforcement officials, our priority is safety and security when demonstrations take place. Due to our limited resources, manpower, and time limitations we did our best to keep everyone safe, while meeting with university officials, coaches and players. Through these conversations we were able to peacefully relocate everyone out of the street and route the demonstration back to campus. We are continuing to meet and discuss ways to adhering to the permitting process while allowing for peaceful demonstrations."

This is clearly with the support of coaches who are here with the team. Team is protesting under the Confederate statue at the Oxford Square pic.twitter.com/epjxjp8F0n