Tom the Third will currently not be at Liberty Bowl Stadium because of AAC restrictions. 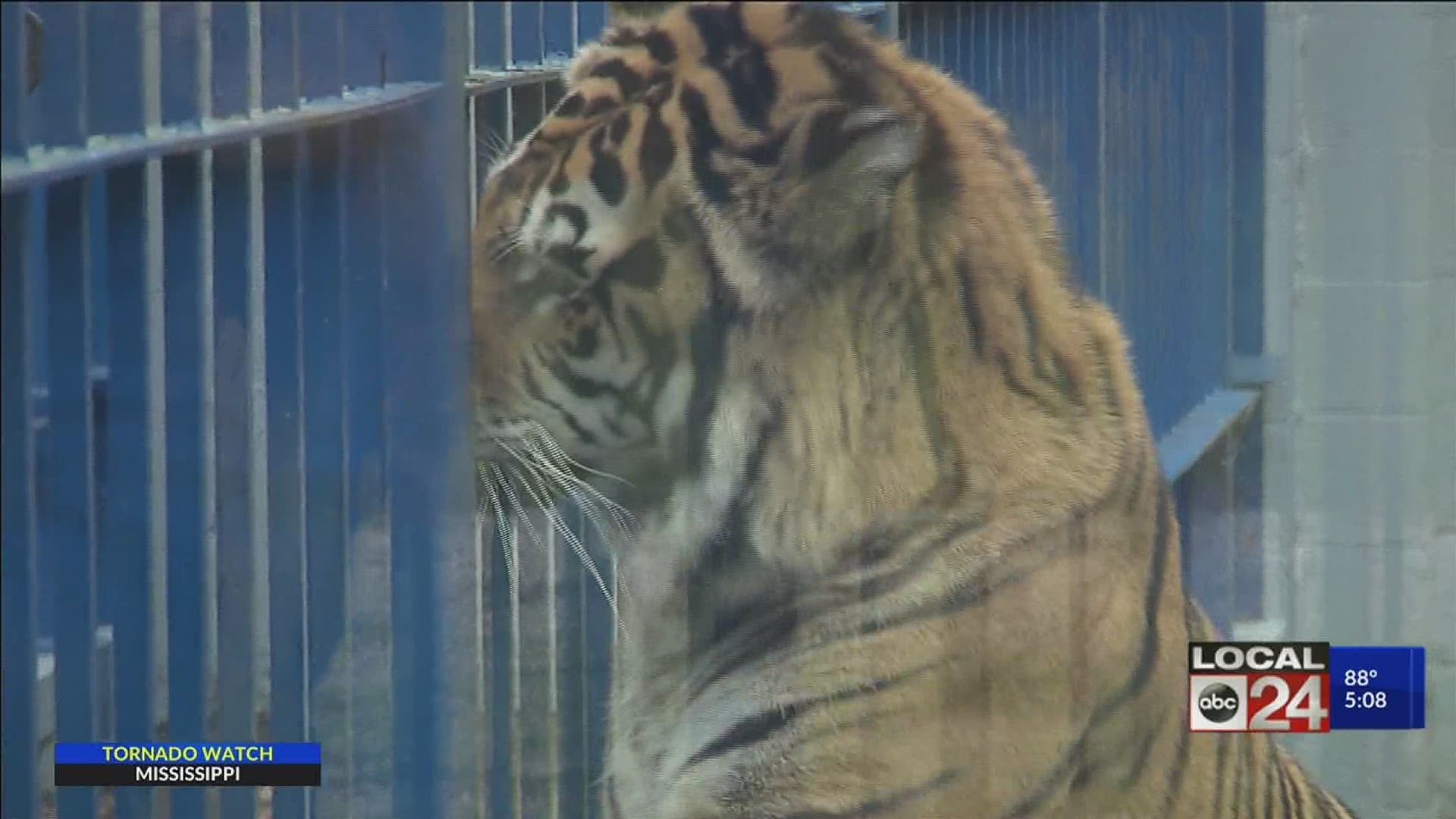 MEMPHIS, Tenn. — Thousands of people are calling on the University of Memphis to stop using live tiger mascots.

Supporters of "In Defense of Animals" have written emails to the university, saying using a live mascot is unethical and unsafe for people and the endangered animal.

The group did get part of their wish: Tom the Third will not be at Liberty Bowl Stadium because of AAC restrictions that only football teams are allowed on the field.

This is the first time a live tiger will not be on the sideline in more than 40 years.

Tom
TOM: Tigers Of Memphis For over 35 years, the sideline mascot for the University of Memphis has been a Bengal Tiger named TOM. TOM attends all Tiger Football home games, and he can also be found at many other University events throughout the year as a powerful and majestic symbol of Tigers Athletics.