The Tigers are seeking their first win against the Bulldogs at the Liberty Bowl since 1988. 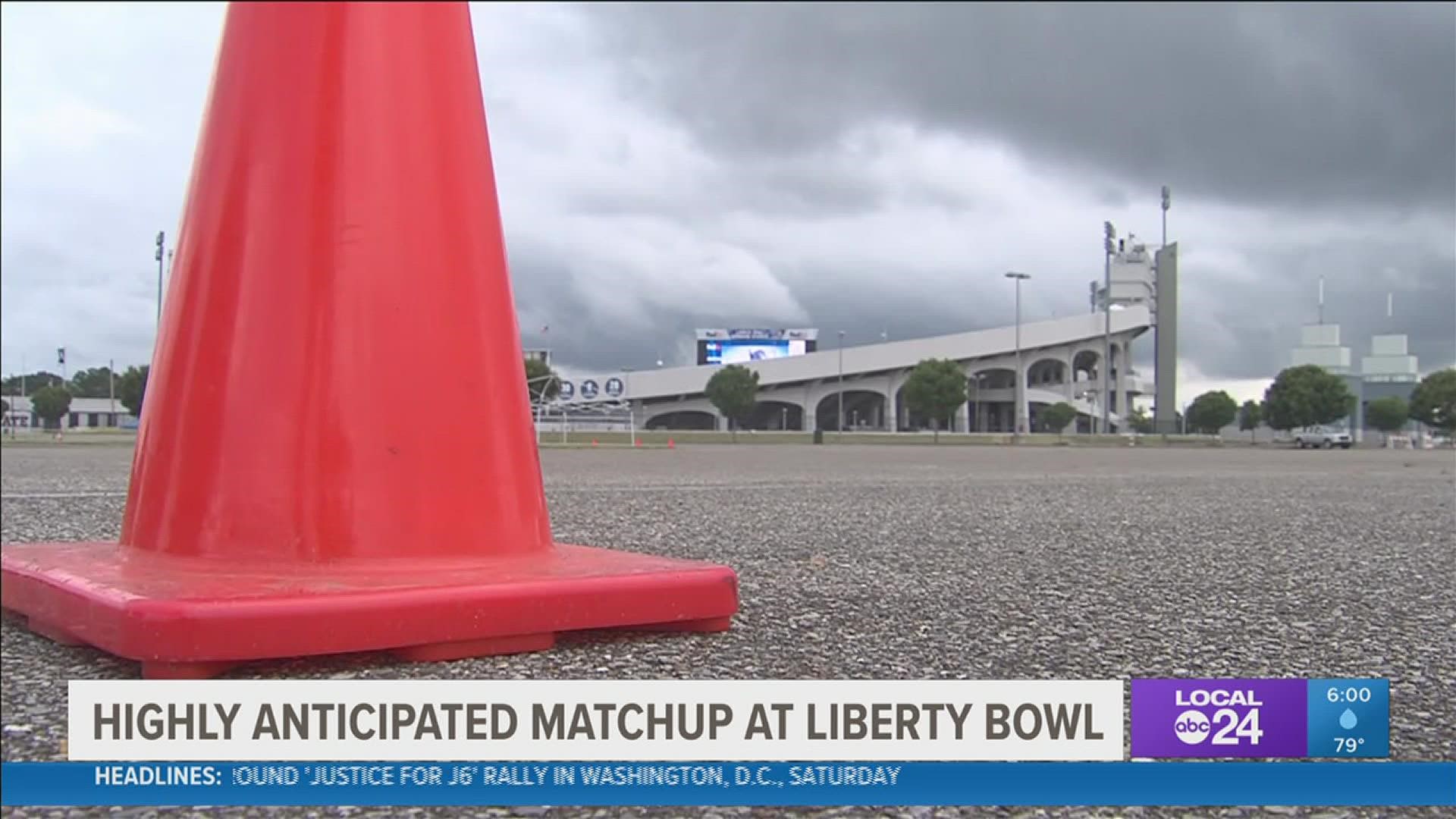 MEMPHIS, Tennessee — The buzz was building Friday, ahead of Memphis taking on its regional rival, Mississippi State, Saturday afternoon on ESPN2.

Tens of thousands of fans are expected, as the Memphis football program gets another chance to make noise and get a victory against a Power 5 conference opponent.

A Tigers victory would be especially sweet since U of M found out last week it didn't get an invite to join the Big 12 conference. Three of Memphis' fellow AAC members - Cincinnati, Central Florida and Houston - did get that invite.

"Having an opponent like Mississippi State is exciting, it's a regional rival, there is a lot of history in the game and it's a chance to snap this 12 game losing streak," Liberty Bowl Stadium General Manager Thomas Carrier said.

Near U of M's campus Friday, we caught up with students and longtime fans who are in eager anticipation.

"I've actually been going to football games my whole life but like being a student means more being in the student section, being a part of it," Jake Brewer said.

"Super excited, I think it's going to be a good game," Faydra Foster added.

If you are going Saturday, here's some reminders:

"With the shuttle program and everything we've actually gained about 1200 space, so, it's not all as probably close proximity to the stadium as it traditionally was but we do actually have more parking actually utilized moving forward," Carrier said.