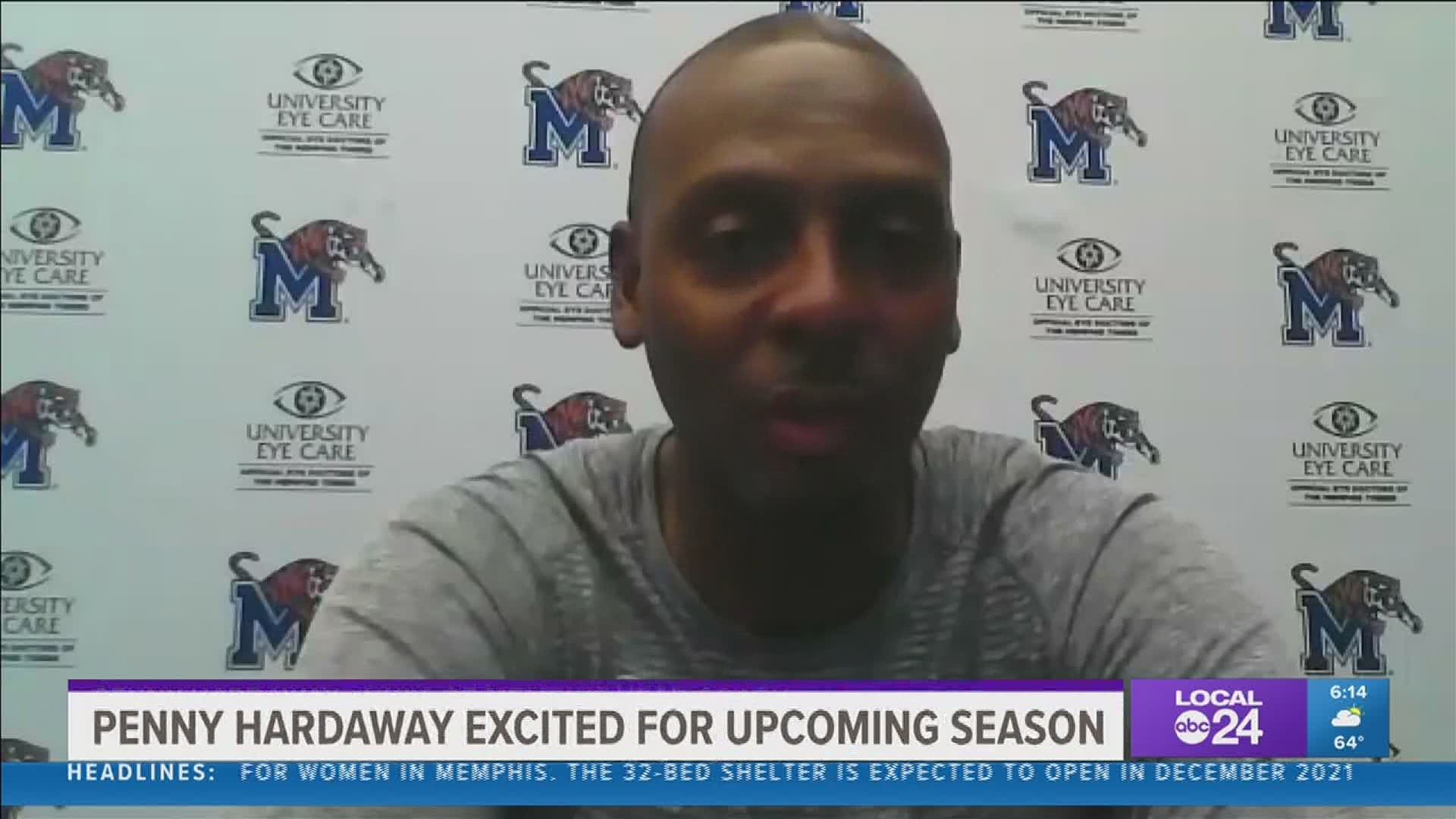 MEMPHIS, Tennessee — Over the last seven months, the vibe around college basketball has not changed very much.

That Mad Libs of 2020 buzzwords is how Penny Hardaway described his feeling about this upcoming season.

"It's a lot because with everything that is going on right now, we don't know what's what," he said.

What we do know: The Memphis Tigers men's basketball team began practices Wednesday, their first game will be in South Dakota against Ohio State on Nov. 25, and that Penny has high expectations for where he wants his team to be by then.

"I want us to be the fastest team in college basketball," he said. We want our pace to be high. That doesn't really mesh when you're the best defensive team, and you're the fastest paced, but we want to play both ends at the highest level."

There is plenty to accomplish off the court in the coming weeks: A full schedule for one, then there is the assistant coaching vacancy to fill. Penny cited COVID-related reasons for the delay on both fronts. But the Tigers have not skipped a beat on the recruiting trail, assembling the third ranked 2021 recruiting class in the nation.

"At the end of the day, the sales pitch is, these kids want to go [to the NBA], who better can teach you than us?" Hardaway said. "I've been in the fire. Those guys, they really believe in that and are buying in, as you can see."

The final chapter of the three-year Memphis-Tennessee series may have to wait. Hardaway indicated the rivalry game could be pushed to the 2021-22 season, at which point they hope more fans will be able to attend.