Enhancements made to Liberty Bowl stadium ahead of Tigers football season

We’re nearly one week out from the Memphis Tigers season opener against Ole Miss, and Friday, we got a first-hand look at the enhancements being made to L... 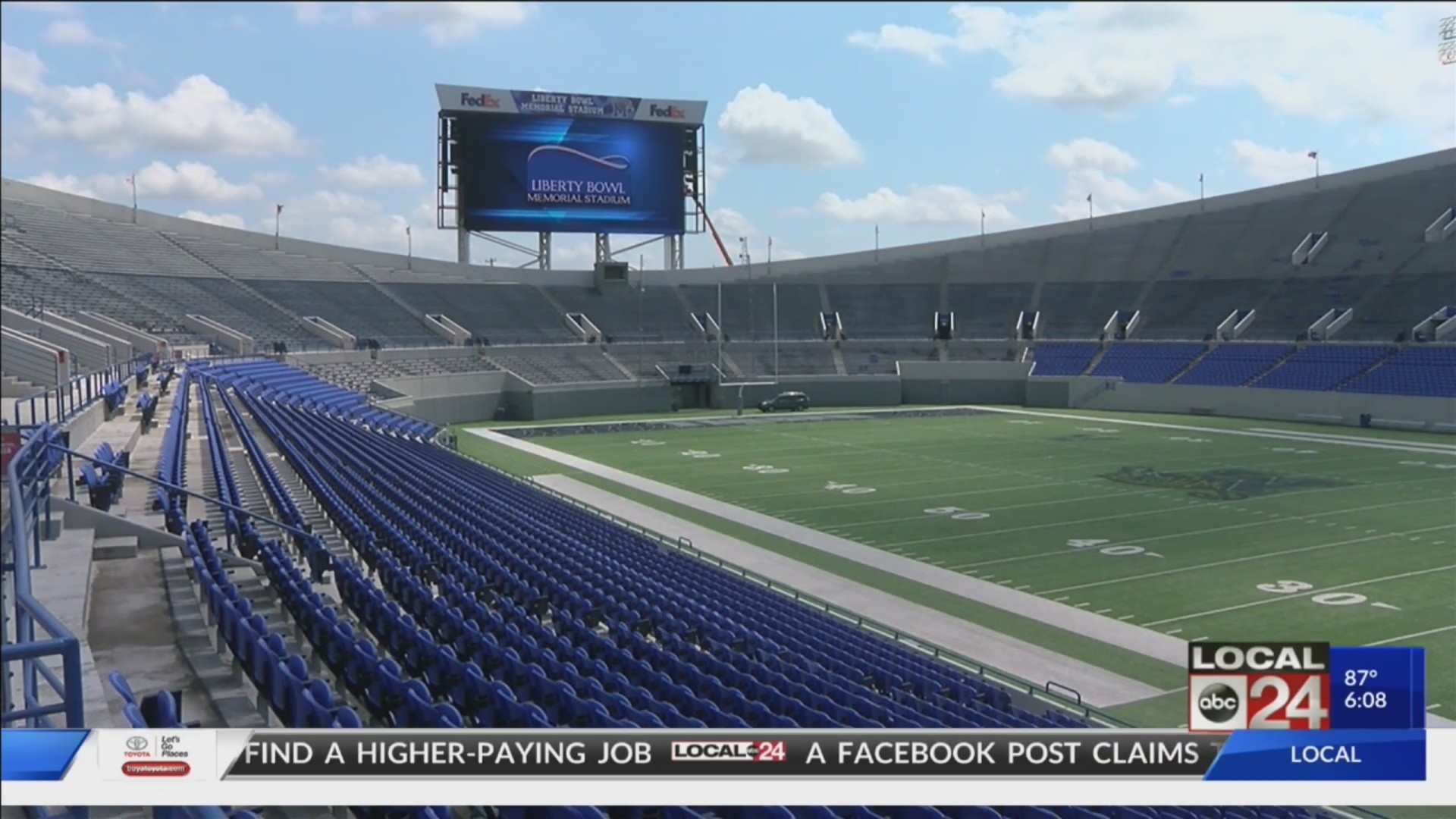 MEMPHIS, Tenn. (localmemphis.com) – We’re nearly one week out from the Memphis Tigers season openeragainst Ole Miss, and Friday, we got a first-hand look at the enhancementsbeing made to Liberty Bowl stadium.

The city of Memphis worked with the U of M and Daktronics on brandnew video display scoreboards on both ends of the stadium. The old jumbotronswere 7-years-old and in need of updating.

Mayor Jim Strickland says the upgrades are constant because of theaging stadium.

“It’s a 50-year-old stadium. I love the LibertyBowl, but it does need constant work to keep it up,” he said. “And that’s whyyou see every year, every other year, us putting in significant money toupgrade. There’s some things you don’t see. We’re gonna replace some carpethere and there, and we’re working on parts of Tiger Lane right now.”

Other new amenities include a taco bar and agrab-and-go stand.

All stadium updates will be done by August 31stwhen Memphis takes on Ole Miss.