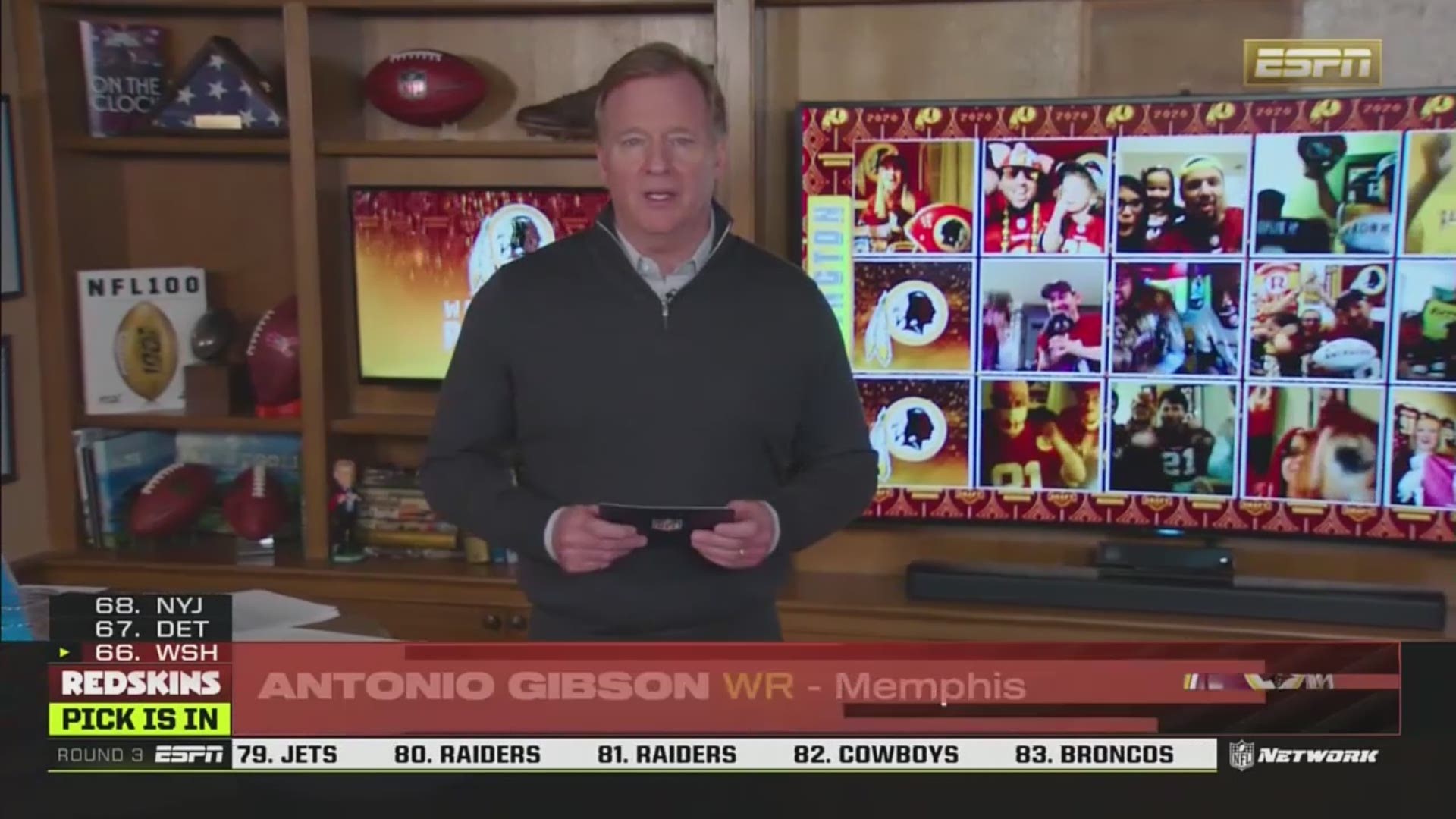 From the BBQ capital to our nation’s capital.

Former Memphis Tigers star Antonio Gibson has been selected by the Washington Redskins in the third round of the NFL draft Friday night.

Gibson, who at 6’2”, 220, possesses blazing fast speed, played wide receiver for the University of Memphis, but he also played running back and returned kickoffs.

In 2019, Gibson posted a school-record --and career-high-- 386 all-purpose yards (97 rush/130 receive/159 kick return) in a win over SMU before an ABC national television audience and the largest crowd to witness an AAC game. He became the first Tigers to score a TD three different ways in a game since Arkelon Hall in 2008.

Gibson was the second pick in the third round and the 66th overall selection in the 2020 NFL draft.

RELATED: Wide Receiver Antonio Gibson had quite the game in the Memphis Tigers win over SMU