Nichols played basketball for the UofM for two seasons 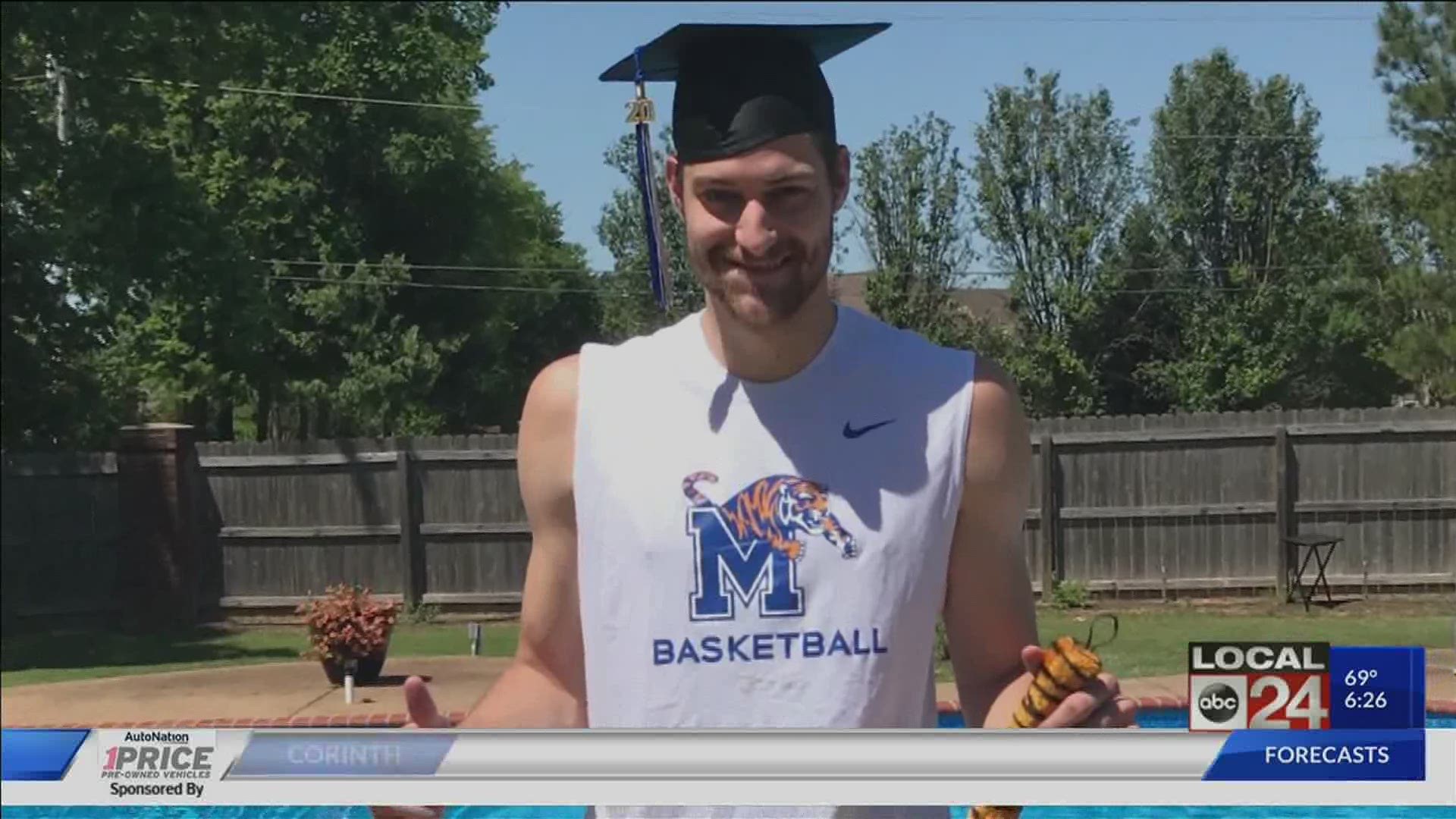 Austin Nichols' graduation ceremony took place on an iPad. It was anything but ordinary, but so was his path to earning his bachelor's degree from the University of Memphis.

A McDonald's All-American out of Briarcrest, Nichols played two seasons for the Tigers before transferring to Virginia under controversial circumstances. The Cavaliers later dismissed the 6-foot-9 forward for a violation of team rules. He played one season with the Memphis Hustle. Then, basketball was over.

"When I decided to step away from ball, I didn't have my degree," he said. "It was really like 'what next?'"

"He was reaching out to tell me that he was going to help me with the academic scholarship to help me finish my classes," he said.

"It's just a blessing that he was in my corner from day one. To help me out and get me on the right track."

RELATED: The University of Memphis holds virtual graduation for students

It took three semesters to complete an eight year journey.

"Although I didn't finish playing basketball here, I finished my degree," he said. "And that was my whole goal in the beginning."

The question of 'what next?' is not a burden to Nichols anymore. With his degree in hand, he feels anything is possible.