Friday Night Stripes was not quite normal, but the Tigers annual spring game was the closest we have come yet 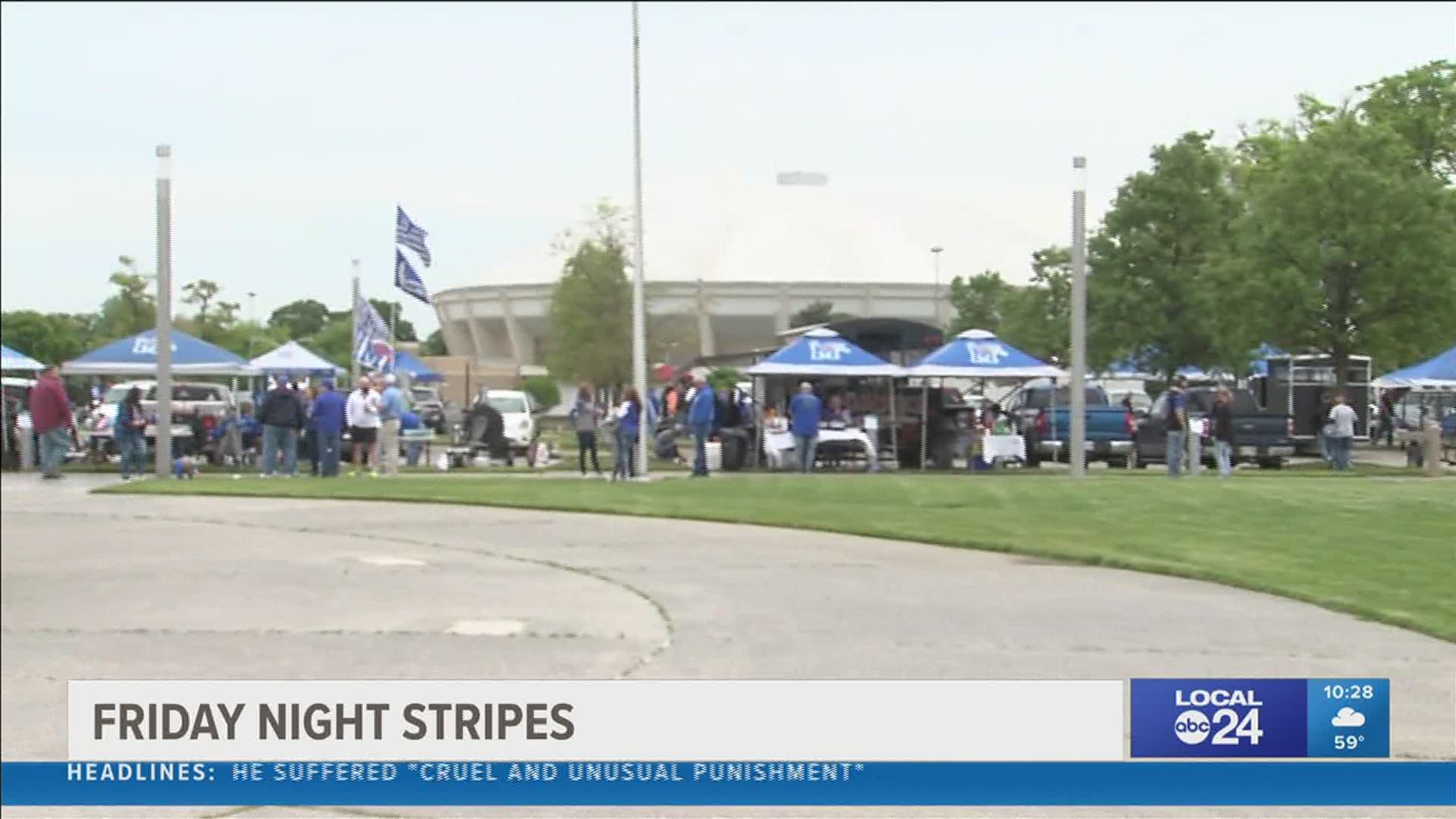 Fans tailgated on Tiger Lane for the first time since December of 2019.

Well, half of Tiger Lane--the Pipkin Building's mass vaccination site--complete with a military presence and a FEMA RV--remained active until the 7:00 p.m. kickoff, occuping the Western portion of the lot.

The simultaneous events each delivered a sense of hope for what lies ahead as we seemingly draw closer to that coveted return to normalcy.

"It just felt right to be out there tonight," Ryan Silverfield said before an in-person news conference, another first since the pandemic began. "There was certainly a sense of excitement and urgency amongst our guys and it was certainly a lot of fun."

Five different Tigers quarterbacks saw snaps. The run game showed off its depth with Dreek Clark, Marquavius Weaver and Brandon Thomas all turning impressive efforts in their final showing of the spring season.

"It kind of got that feel of football is back in Memphis," wide receiver Calvin Austin III said. "Last year, it was here. But without all the fans being here, the feeling wasn't the same, but when we ran out today, you could get the feeling that it's back to normal."

"Last year, there was maybe like a handful of people in the stands, and you could hear yourself talking," cornerback Jacobi Francis added. "Tonight it felt a little more electric in there today."

Thank you Tiger fans! 💙
We will see you in a few months! pic.twitter.com/l20za1mcfI

There is still uncertainty around the Tigers Sept. 1 season opener--and not just because of the starting quarterback battle. But now there is hope for what a more normal sporting event may look like: From the 50-yard line, to Tiger Lane, to Beale Street. And that is something to be excited about.