Hardaway is considered a front runner for the Orlando Magic head coach position. 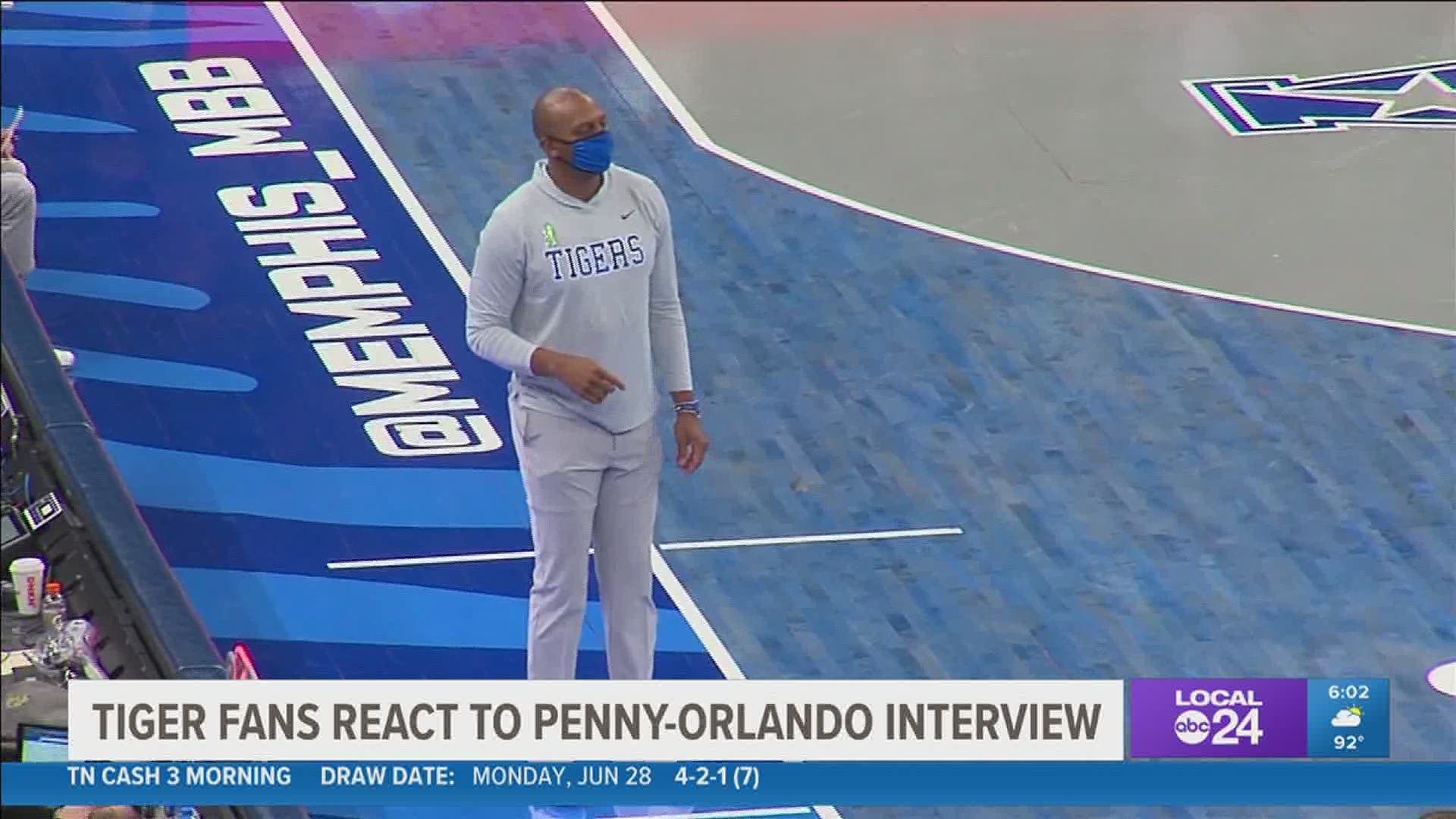 "I think he should stay here. Memphis is his home. This is where he needs to be. I don’t think needs to go to Orlando," said fan Cindi Delugach.

That is what most fans outside the Tiger Bookstore had to say about the possibility of coach Hardaway leaving. Hardaway is considered a front runner for the Orlando Magic head coaching position, where Hardaway once played.

"This is absolutely a feeling where I would be disappointed if Penny had left and went to the Magic. I set think it's a letdown to the city," Turdo said.

"I love Penny Hardaway, and I think he has done great things for the school, great recruiting, turned the whole basketball team around. I won’t hate it if he goes to Orlando, I know he loved both cities," said fan Ashton Kane.

Basketball booster Harold Byrd said if Hardaway leaves, the coach and former Tigers player will always have a connection to the school and city.

"He will still be a Tiger. His heart will be here. Hey, we have the Penny Hardaway Hall of Fame here on campus. He will still be helping this program even if he decided to leave," said Byrd.

Since taking over as coach, Hardaway has had to endure a NCAA infraction investigation and a pandemic. Last season the team won the 2021 NIT tournament but missed getting an invitation to the NCAA tournament. Some fans say its not time for Hardaway to leave They would like to see him get the team to a final four appearance and maybe even win the tournament.

Byrd says right now the program is in better shape than when Hardaway took it over. "The program is in really good shape with a very set team now with recruits coming in," Byrd said.

Byrd said Hardaway is the whole package and can see why he is a serious contender for the Orlando Magic job.

"The chance of him leaving? Gosh, it’s the chance of a lifetime for him to coach an NBA team. If he goes, I’m going to be totally happy for him. I hope he stays."

With talk Penny could leave @uofmemphis , I pulled up pics from the day Coach Cal announced he was leaving. April 2009. We were out there all day waiting for him to come out and talk to the media. pic.twitter.com/eW5JHFwPzE