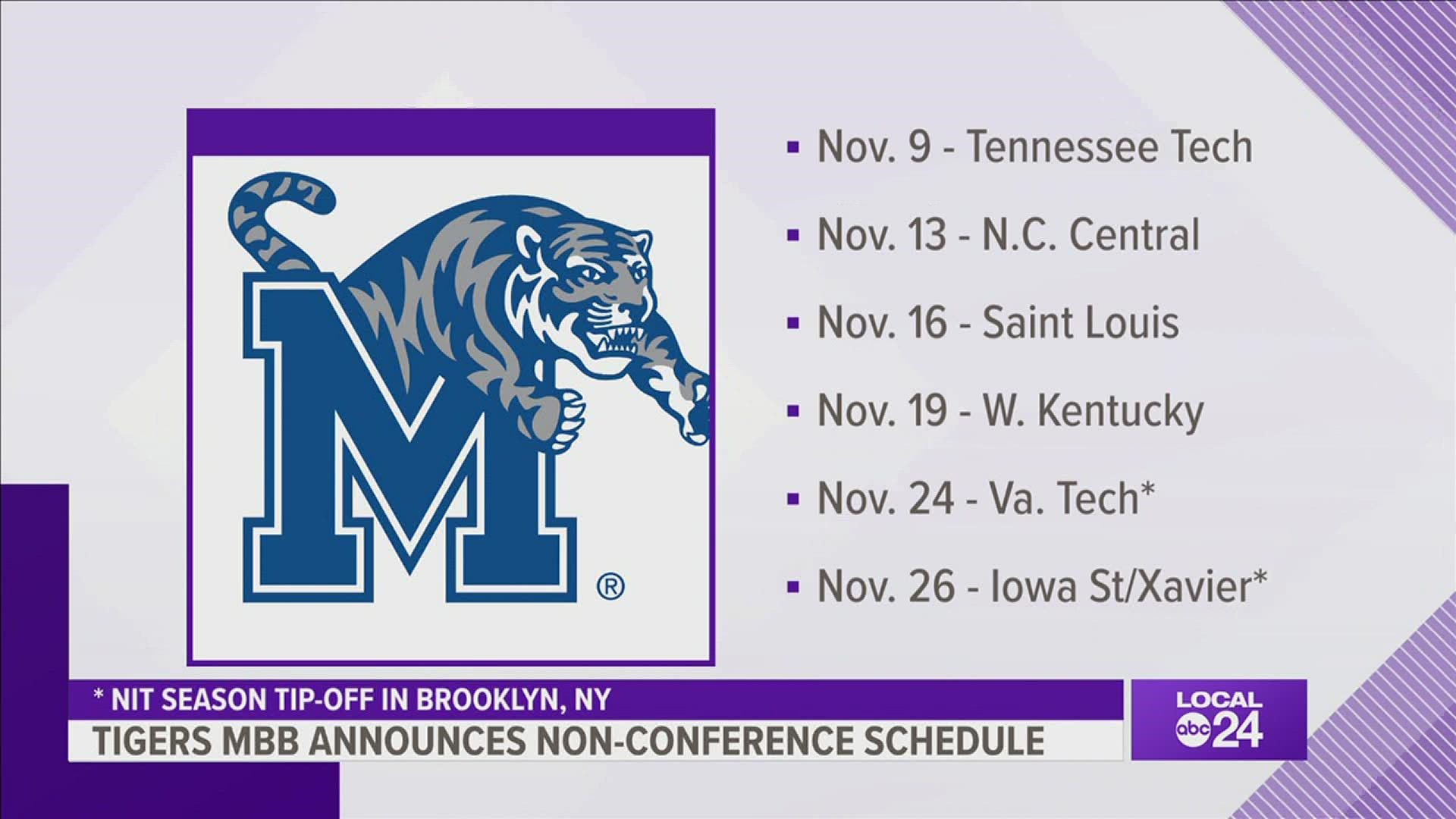 “We’ve put together a challenging home schedule to start the season,” Tigers head coach Penny Hardaway said. “These first couple of months will certainly help prepare our team for conference play, and we are excited to play in front of Tiger Nation at FedExForum.”

The home slate is headlined by three games against teams who reached the postseason in 2020-21. The Tigers will host Sweet 16 squad Alabama on Tuesday, Dec. 14, setting up a contest between 20-win teams from a season ago. The Crimson Tide, the SEC regular season and tournament champions, went 26-7 last year and defeated Iona and Maryland in the NCAA Tournament before bowing out to eventual Final Four participant UCLA in overtime.

Memphis also welcomes fellow NIT participants Saint Louis (Tuesday, Nov. 16) and Western Kentucky (Friday, Nov. 19) to FedExForum. The Billikens lost in the first round to Mississippi State, who Memphis ended up defeating for the championship, and the Hilltoppers knocked off Saint Mary’s in the first round before falling to Louisiana Tech in the quarterfinals. Additionally, the Tigers host Murray State, who has reached the NCAA Tournament in two of the last three seasons, on Friday, Dec. 10 or Saturday, Dec. 11.

The Tigers’ non-conference schedule also features a neutral-site game against Tennessee at Bridgestone Arena in Nashville, Tenn., on Saturday, Dec. 18. Season ticket holders will have the first chance to request tickets for the game against the Volunteers, with information available in the coming weeks. The Tennessee game is not included in a 2021-22 season ticket package.

The seven regular-season and two exhibition games join previously-announced games at Ole Miss (Dec. 4) and in the NIT Season Tip-Off at Barclays Center in Brooklyn, N.Y., against Virginia Tech (Nov. 24) and either Iowa State or Xavier (Nov. 26) on Memphis’ current non-conference slate.

The full AAC schedule and additional non-conference games will be announced at a later date, as will game times and television information.

For the most up-to-date schedule, visit www.GoTigersGo.com.

The Tigers won the 2021 NIT championship and finished the 2020-21 season with a 20-8 record. The 20-win season last year was Memphis’ fourth in a row, including all three seasons under Hardaway. The Tigers are one of just 14 schools in the nation with four-straight 20-win seasons to their credit.

The non-conference home schedule is here!

Additional games for 2021-22, plus times and TV info, will be announced in the coming weeks and months.#GoTigersGo