According to the Memphis Police Department, senior defensive back John Broussard Jr. was shot in the leg Sunday night near the U of M. 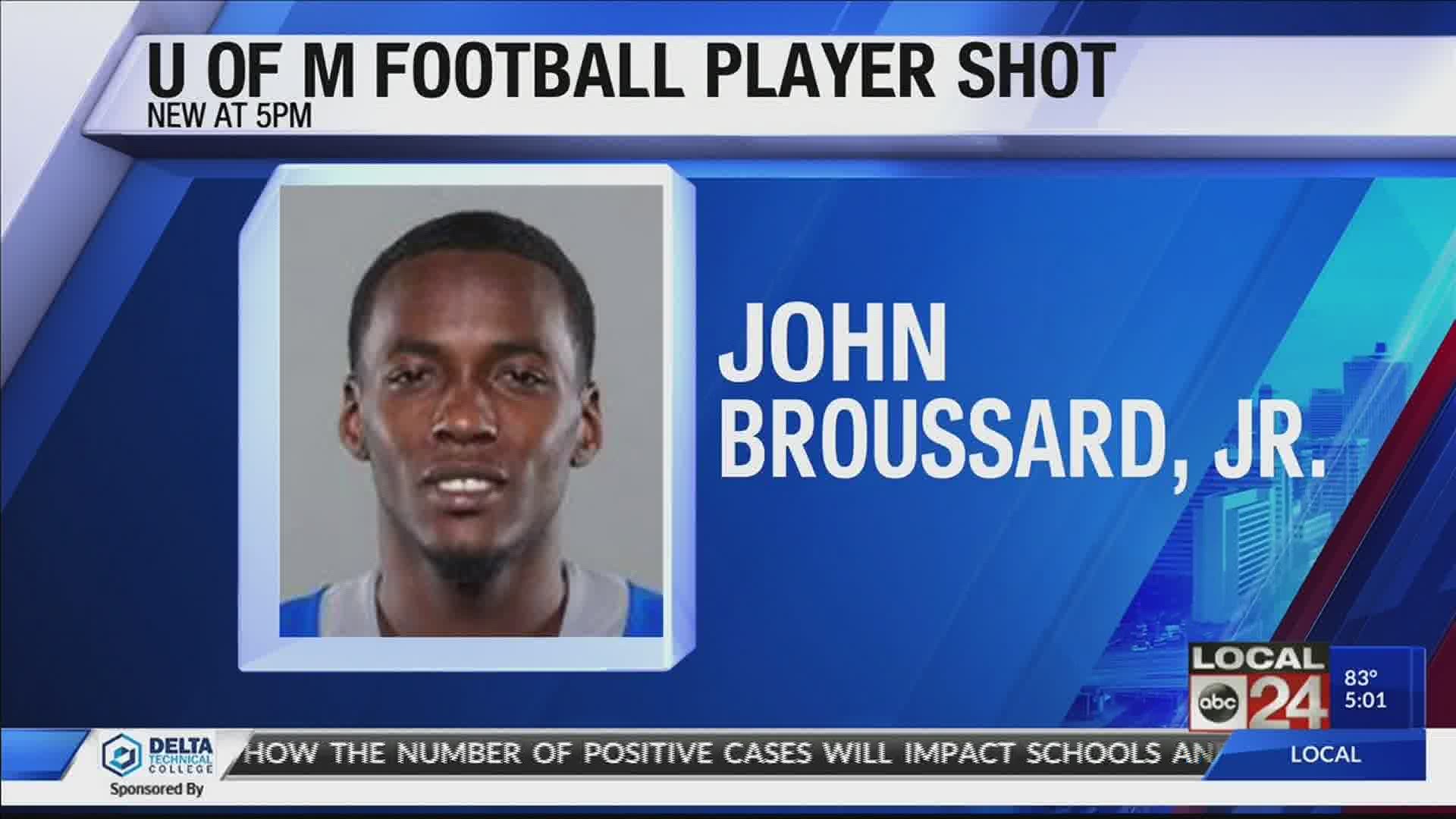 MEMPHIS, Tenn. — As the Memphis Tigers prepare for Saturday’s season opener against Arkansas State, Local 24 News has learned one of the team's players was shot earlier this week.

According to the Memphis Police Department, senior defensive back John Broussard Jr. was shot in the leg Sunday night near the U of M on Spottswood. Police said a second man was also shot in the lower back.

Ten people were fighting in the street around 10:30 p.m. when shots were fired, according to a police report. The report said a woman reported her bedroom window was also shot out.

No charges have been filed.

Just received this from U of M regarding shooting incident involving one of their football players earlier this week! pic.twitter.com/McB8siQCou

One the eve of the Memphis Tigers home opener, I’ve confirmed there was a shooting Sunday night involving two of the teams players. John Broussard was shot in the leg, Damonte Coxie was a witness. Incident happened on Spottswood. Waiting to hear back from Tiger athletics

Here is the narrative from the football report. pic.twitter.com/ZObDcgWl8P