The school says the cases are “primarily linked to social events outside of official football activities.” 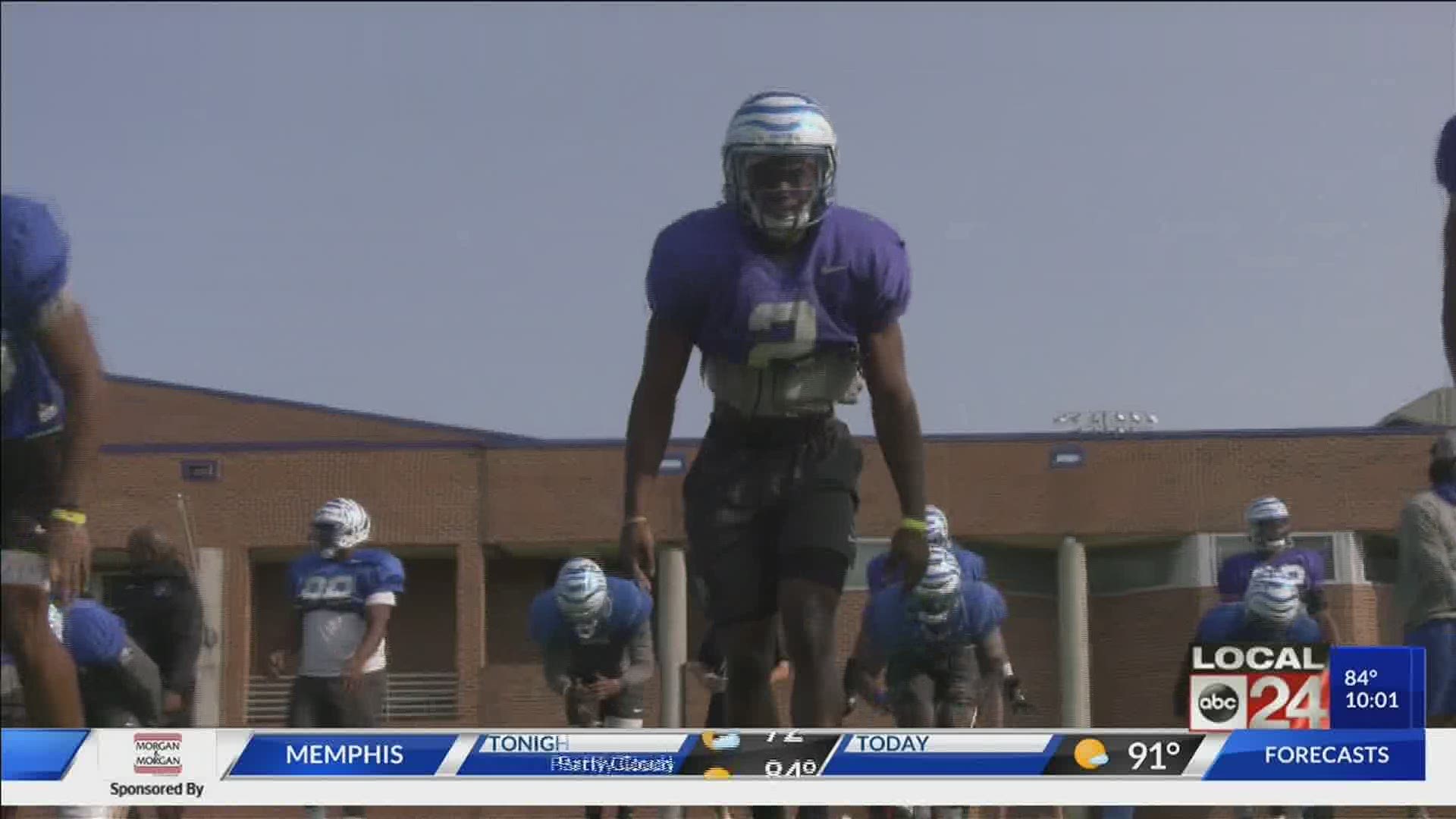 MEMPHIS, Tenn. — Several members of the Memphis Tigers football program have tested positive for COVID-19, leading to a pause in all practice and group activities.

In a statement sent to Local 24 News, the University of Memphis did not specify how many members of the program tested positive, but stated that the positive tests, along with a "significant number" of individuals entering quarantine led to the decision to pause activities.

The news puts the Tigers next game against Houston, scheduled for Friday, September 18, in jeopardy of being postponed or canceled. The university will provide an update on the status of the game early next week.

The school says the cases are “primarily linked to social events outside of official football activities.”

The Commercial Appeal reports that the increase in cases is due to "a party bus that members of the team were on after last Saturday's season-opening win against Arkansas State," citing an unnamed source.

"Lies Dog! Nobody had a party nor was on a party bus," Goodson said in a since-deleted tweet.

The Tigers last known practice was Tuesday, September 8. The team's scheduled media availability on Wednesday was moved to Friday, only to be canceled again.

Memphis was tested three times last week ahead of their September 5 season opener against Arkansas State. Local 24 has learned that the team was tested twice since that game, and another round of testing is expected to take place Saturday.

The following is the full statement from the Memphis Tigers Athletics:

Due to these circumstances, the football team has paused all practice and group activities and will unfortunately not be able to participate in today’s Unity Walk hosted by the University of Memphis.

There are no serious cases at this time, but all student-athletes and staff affected are being closely monitored. The positive tests and subsequent contact tracing indicate that the majority of cases have been primarily linked to social events outside of official football activities.

More detail, including the status of the game against the University of Houston scheduled for Friday, Sept. 18, will be provided early next week after consulting with the AAC COVID-19 Medical Advisory Group.”