The Tigers open the season at home September 5 against Arkansas State. 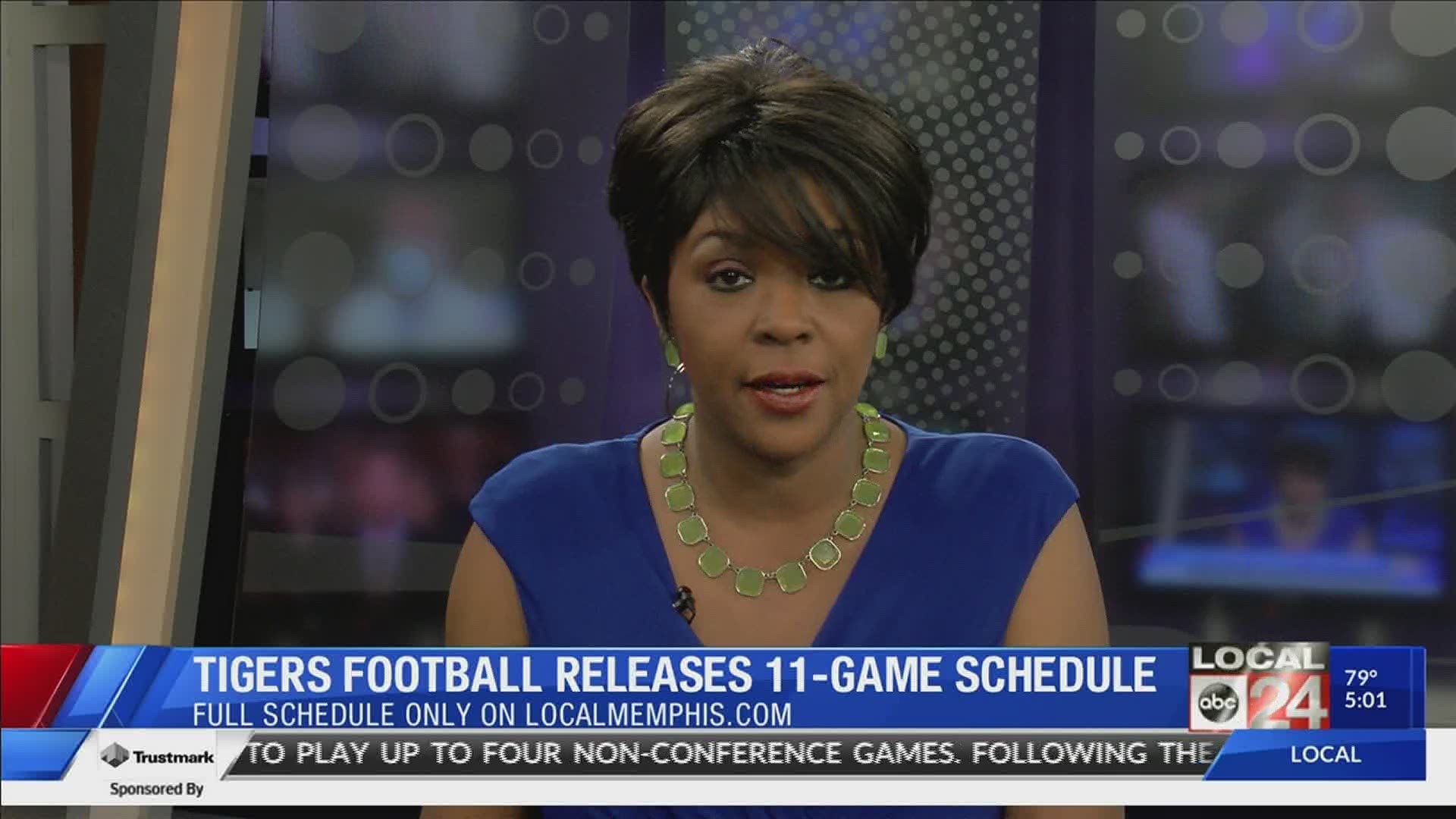 MEMPHIS, Tenn. — The American Athletic Conference announced Wednesday that they will play an eight-game conference schedule beginning September 19, and allow schools to play up to four non-conference games.

Following the conference's announcement, the University of Memphis released their official 11-game schedule. The Tigers open the season at home September 5 against Arkansas State before hosting Houston in their conference opener September 19.

Memphis will not replace their Purdue game originally scheduled for September 12, instead using Week 2 as a bye. The road game against the Boilermakers was cancelled when the Big Ten chose to play a conference-only schedule this season due to COVID-19.