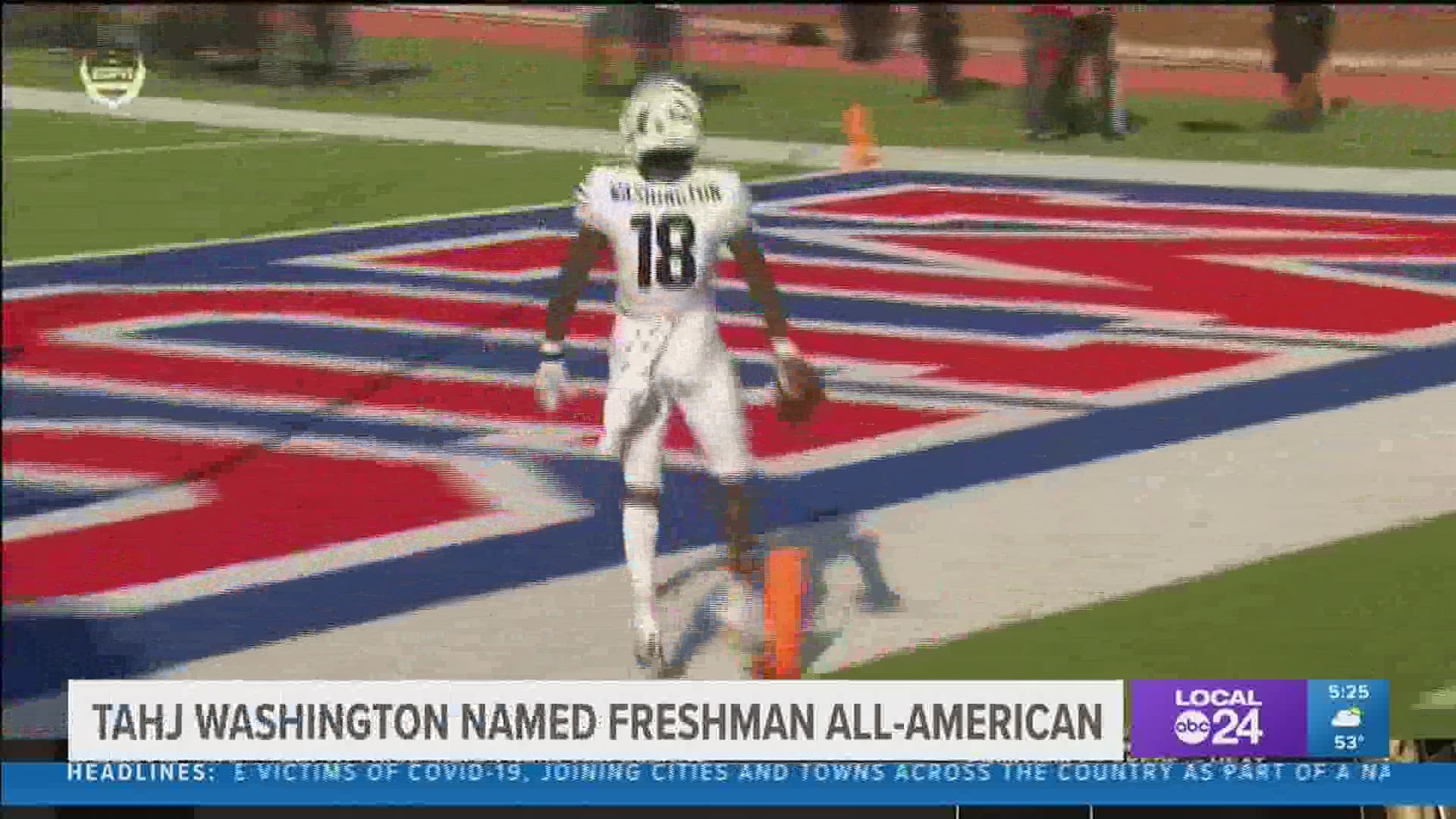 Washington led all freshmen nationally with 743 receiving yards during the 2020 season. His season total is second in Memphis history for a freshman, just behind Bobby Ward’s 744 yards in 1973.

The Marshall, Texas, native also had 43 receptions and six touchdowns. His 92-yard touchdown catch against Tulane on Dec. 5 was the longest play of the season for the Tigers.

“When the opportunity presented itself, Tahj stepped up and became an important playmaker for us,” said Memphis head coach Ryan Silverfield. “He’s a hard worker with special talents, and we look forward to watching him continue to grow as a student-athlete in our program. Tahj is also yet another example that if you come to Memphis, you can develop into a player capable of making a name for yourself early in your career.”

Washington had eight catches for 105 yards in the Tigers’ Montgomery Bowl victory over Florida Atlantic on Dec. 23, his third 100-yard game of the season. He also had 104 receiving yards on Oct. 31 at then-No. 7 Cincinnati as he and teammate Calvin Austin III were the only two players with at least 100 receiving yards against the top defense in the American Athletic Conference during the regular season.