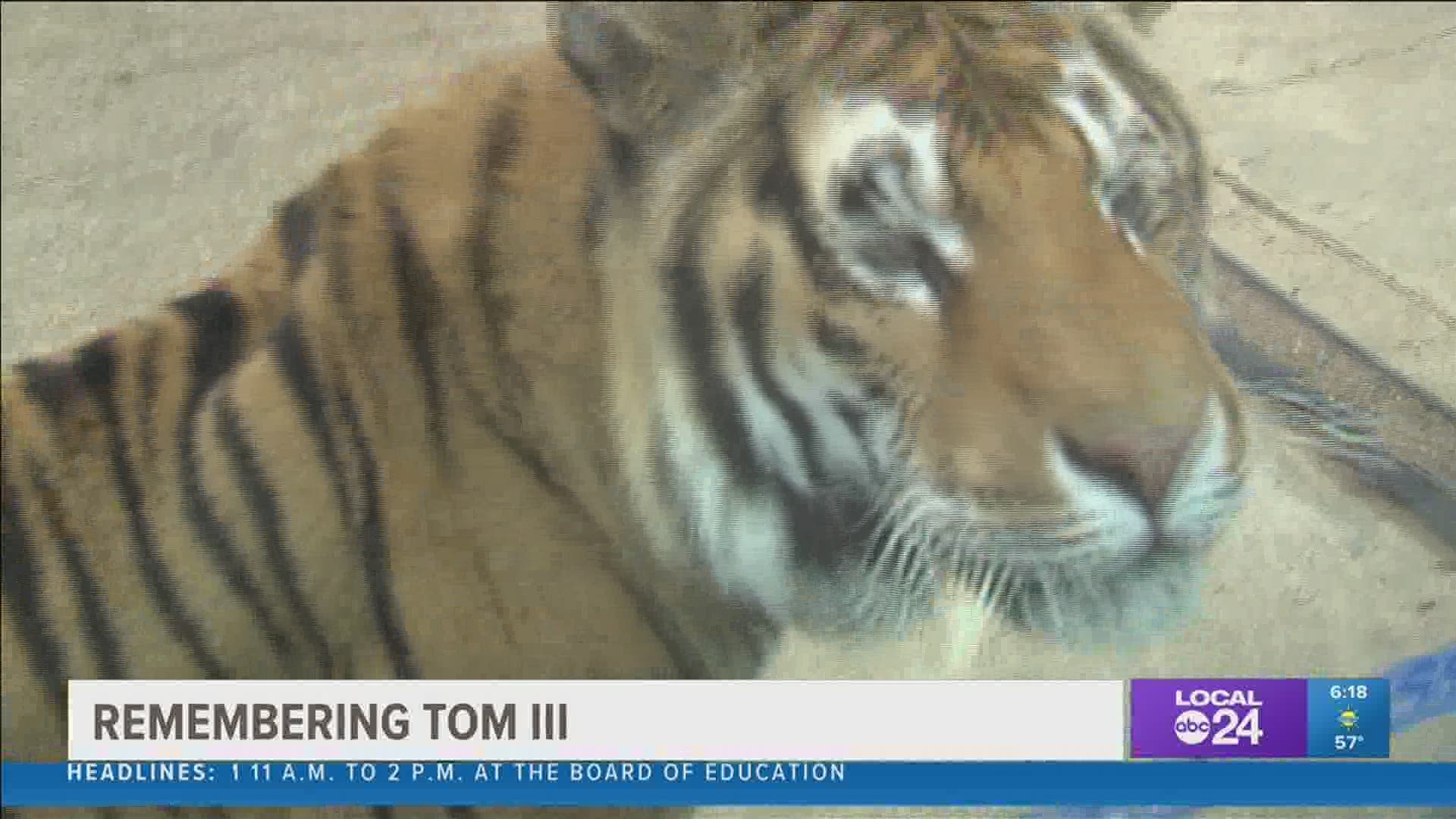 MEMPHIS, Tenn. — We are just two days away from the University of Memphis Tigers football team returning to Liberty Bowl Memorial Stadium for its second home game of the season. Before kickoff fans will see a tribute to Tom the Tiger who died from cancer last month.

When Tigers fans fill Liberty Bowl Memorial Stadium this weekend it will be the first home game without TOM 3. A tribute in his honor will begin 15 minutes before the 2:30 kickoff.

Fans say it won't be the same. Tom was part of the Memphis football experience.

"It's been tradition for my family and I to come see the tiger before the game. He is parked on Tiger lane where we tailgate It was fun for the kids. We actually just left the zoo so we could see a tiger there," said Shannon Strong, fan.

At the Tiger Bookstore, this weeks $5 game day t-shirt is a tribute to TOM 3. The 12-year-old Bengel Tiger team mascot.

"For all the games we try and get the game day t-shirts but especially with this one for tom 3 dedicated  its special especially for all the ones who grown up with the tigers for so long, said Ray Clark, fan.

" This was a great deal and its real good support for our team and the game this weekend so i grabbed up two, said Vicki Ranson, fan.

RELATED: Memphis’ TOM the Tiger: the bond between cat and his human

A portion of the proceeds from this weeks gameday shirts will go to an endowment fund set up to support the football program. The shirts are selling fast. Several sizes are already out of stock.

"Were glad everyone came in and supported tom and the tigers this week, " said Kristi Jeffords, Tiger Bookstore.

Tom's passing is also the end of an era. While there are plans for a Tom 4.. That tiger won't appear on the sidelines and instead live at the Memphis Zoo.

"I'm sad he was a big part of being at the game," said Ranson.