Without Troy Aikman, the Arizona Cardinals gave the Dallas Cowboys a rude welcome to the new millennium in Week 2 of the Dave Campo era back in 2000. 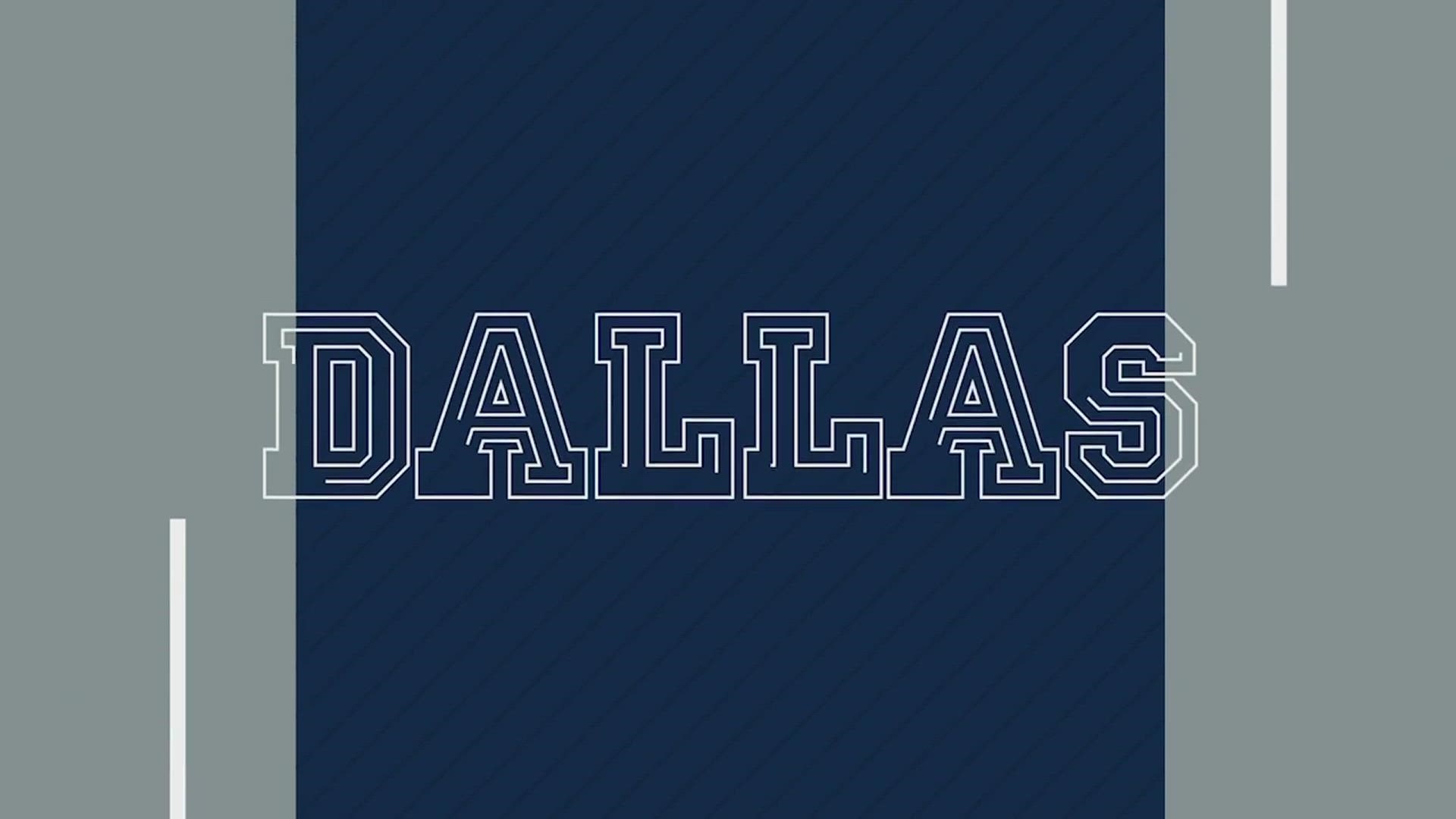 DALLAS — Some new millennium: the Dallas Cowboys were 0-1, Troy Aikman was injured, and their star receiver that they had given up two first-round picks to acquire had tore his ACL in the season opener.

First-year coach Dave Campo, who was an assistant coach on the '90s Super Bowl teams, knew he wasn't taking over a Super Bowl contender, but even he didn't expect it to get this bad. Nonetheless, staying optimistic was all he had.

“When I took the job, I knew we were in trouble,” Campo told WFAA.com in 2016. “But I thought we could work our way through it. That's what a coach does. He looks at the positive, not the negative.”

One positive was Dallas had a proven quarterback behind Aikman in Randall Cunningham to lead the Cowboys against the 0-1 Arizona Cardinals in Week 2. The Minnesota Vikings were turning to former 1999 first-round pick Daunte Culpepper to lead the offense, so Dallas brought in the former Philadelphia Eagle to backup their three-time Super Bowl winner.

Though Cunningham was 2-4 as a starter the year prior with the Vikings, he went 13-1 with Minnesota's video game offense in 1998.

Of course Cunningham could win throwing to Cris Carter and Randy Moss. Could he win throwing to Wane McGarity and James McKnight? The Cowboys would find out on ESPN Sunday Night Football from Tempe, Arizona.

The Cardinals took an early 3-0 lead with kicker Cary Blanchard kicking a field goal. Dallas' defense held strong on third-and-goal from the 1-yard line as they stuffed running back Thomas Jones for no gain.

However, there were offsetting penalties, a hold by the Cardinals and an illegal block in the back by Dallas, that forced the re-punt. As usual, when a coverage team has to run down the field a second time, mistakes were prevalent. McGarity found a crease and returned Player's punt 64 yards for a touchdown.

Fun fact: Wane McGarity is 1/7 #Cowboys to have scored two punt return touchdowns in a season.

The Cowboys looked like they were getting on track for the season when defensive end Greg Ellis recovered a Jones fumble forced by defensive tackle Chad Hennings. However, Dallas gave it right back two plays later with Smith putting the ball on the turf at Sun Devil Stadium.

Dallas almost got the ball back when running back Michael Pittman fumbled three plays later. On the next play, receiver David Boston fumbled, but it went out of bounds. This was the best the NFC East could put in prime time, but at least it was only on cable television.

Pittman rushed for a 1-yard score and put the Cardinals ahead 10-7. On the Cowboys' ensuing drive, Cunningham displayed some of his big-play prowess when he connected with McKnight for a 47-yard touchdown to restore Dallas' lead 14-10 with 9:13 to go in the second quarter.

After an Arizona three-and-out, Dallas sustained a 12-play, 54-yard drive that melted 6:29 off the game clock as Cunningham threw a 1-yard touchdown to tight end Jackie Harris, leaving the Cardinals with 26 seconds until halftime. The Cardinals made the best of the remaining time and Blanchard hit a 54-yard field goal, but the Cowboys led 21-13 at the break.

Maybe Dallas had finally found their groove under Campo.

The Cowboys had another 12-play drive coming out of the locker room that took almost half of the third quarter. Aside from getting a 44-yard Tim Seder field goal instead of more, the Cowboys also blew their first timeout of the second half on the drive.

The Cardinals responded with their own 10-play, 87-yard drive that was largely aided thanks to cornerback Phillippi Sparks. The longtime New York Giant committed 44 yards worth of pass interference on the drive.

Jake Plummer capped off the Cardinals' drive with a 4-yard pass to receiver Frank Sanders, and the extra point pulled Arizona to within four, 24-20.

Arizona was a bad team. They were 6-10 the year before, would finish 3-13 in 2000, and would fire coach Vince Tobin after a 2-5 start. However, the Cowboys let them hang around, which meant the Cowboys were anything but good.

With the momentum starting to take off a Cowboys navy blue jersey, the momentum fully put on a white Cardinals jersey when McKnight fumbled on the first play of the next drive. Arizona recovered at the Dallas 24.

The Cardinals were in perfect position to take the lead. Instead, they merely chipped away at it with Blanchard connecting on a 35-yard field goal after going three-and-out.

Dallas clung to its one-point lead going into the fourth quarter, and added to it when Cunningham throwing a 15-yard touchdown pass to receiver Michael Wiley to take a 31-23 lead with 8:53 to play.

All Dallas had to do was hold it together, because Arizona needed to score a touchdown and execute a two-point conversion.

The Cardinals could advance no further than the Dallas 33-yard line, but Blanchard connected for a 51-yard field goal. With 5:13 to play, a timeout and the two-minute warning, the Cardinals needed a stop to get the ball back and mount another touchdown drive -- this time to win the game instead of merely tying it.

On first-and-10 from the Dallas 34, Cunningham couldn't connect on a throw to wideout Rocket Ismail. On second down, Dallas melted 40 seconds off the game clock with a 2-yard Smith carry. On third-and-8, needing to convert, Cunningham threw an incomplete pass intended for McKnight.

The Cardinals were going to get the ball back with 4:03 left, a timeout, and the two-minute warning. They would need it as Micah Knorr's 56-yard punt backed Arizona up to their own 15-yard line.

Arizona found a big play to catalyze their drive when Plummer connected with Boston for 63 yards. Sparks wasn't there to commit pass interference, just make the tackle, as the Cardinals were 22 yards away from taking the lead.

Dallas safeties George Teague and Darren Woodson both committed defensive fouls on the two-point pass, which moved the ball to the 1-yard line for a conversion attempt.

Cunningham hadn't executed a game-winning drive since Week 2 in 1998 when he threw a touchdown pass to lead Minnesota past the St. Louis Rams 38-31.

The Cowboys didn't need a touchdown; they merely needed a field goal. Following receiver Jason Tucker's 19-yard return to the 25-yard line, Dallas needed 40 yards to get into field goal range with two timeouts to work with.

Whereas the Cardinals looked for their big play on the first down, Dallas was very conservative with a 3-yard pass to Harris followed up by a 2-yard pass to Wiley.

Dallas burned its second timeout facing a third-and-5 from their own 30-yard line. Cunningham threw an incomplete pass for Wiley, but Harris came through for a 6-yard catch on fourth-and-5.

Harris also provided a 21-yard catch to set up Dallas first-and-10 from the Cardinals' 43-yard line, and Dallas had to burn their last timeout with 31 seconds left.

Still, enough time remained and the distance to get Seder into comfortable range was very possible. However, Dallas suffered four straight incomplete passes, and the Cardinals got the ball back with 10 seconds left, which was just enough time for Plummer to take a knee.

Fun fact: the #Cowboys are 1-1 against the #Cardinals on ESPN.

Here in 2020, the Cowboys and Cardinals will face each other Monday night on ESPN for the third time in series history.

Arizona isn't a bad team this time with second-year quarterback Kyler Murray. Much like 20 years ago, Dallas is debuting a former Pro Bowl quarterback in his thirties to replace a face of the franchise when Andy Dalton makes his first start for the Cowboys for the injured Dak Prescott.

Campo went 2-4 through his first six weeks as head coach with the Cowboys en route to a 5-11 finish. Mike McCarthy, also in his first year with the Cowboys, is hoping to avoid 2-4 and get the ship righted at 3-3 and in firm command of the NFC East.

Do you think the Cowboys will be able to best the Cardinals without their franchise QB this time? Share your predictions with Mark on Twitter @therealmarklane.